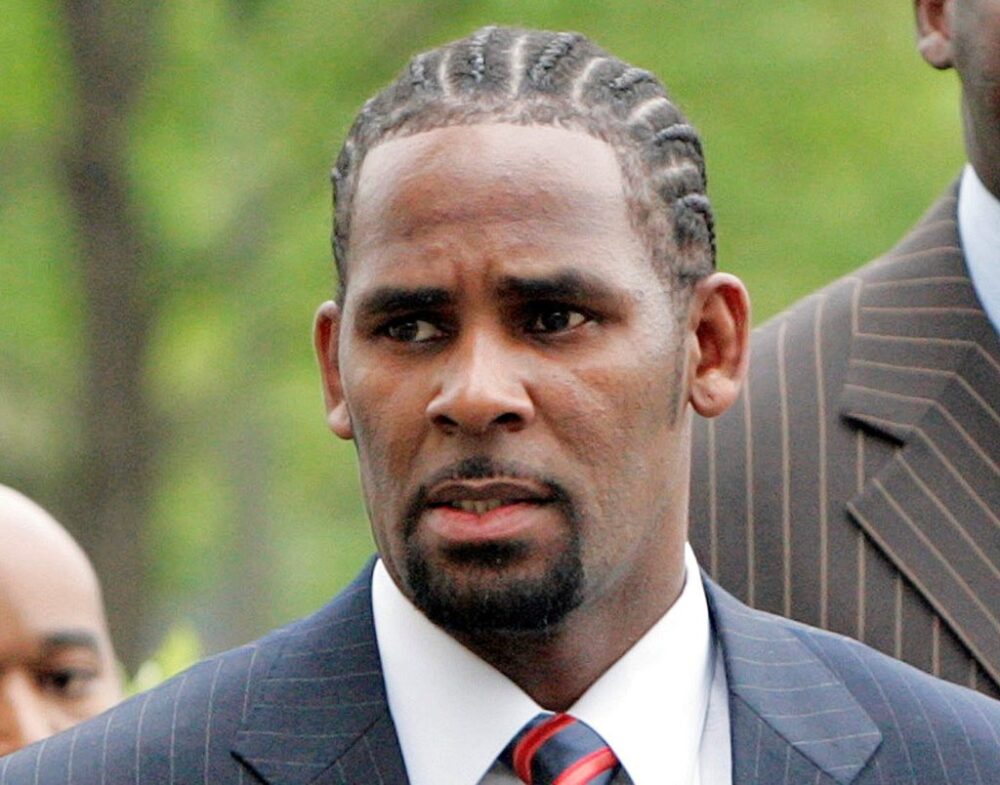 Despite the egregious allegations against him, R. Kelly has reportedly received both doses of the coronavirus vaccine. As most know, the R&B singer-songwriter is currently sitting behind bars on very serious charges, including human trafficking, abuse, and sexual assault.
At the moment, Mr. Kelly is incarcerated in an Illinois jail as he waits for his upcoming trial this spring. Page Six, via TMZ, claims that the singer-songwriter – who has tried to get out of jail a number of times on account of the coronavirus pandemic and more – is part of a 60-plus group of inmates who have been vaccinated.
RELATED: R. Kelly Releases Lyrics From 2011 Song ‘Shut Up’ On His IG – His First Post In 1 Year
The inmates who have all received the vaccinations are staying in the Chicago Metropolitan Correctional Center. According to TMZ, Kelly got the first batch of vaccines in January, and then he got the second one this month. It’s not known whether the 47-year-old crooner got the Astra-Zeneca or Pfizer vaccine.
https://www.instagram.com/p/CJyxfWhDCK-/
As it was just noted, Kelly is waiting in an Illinois jailhouse on charges of sexually abusing underage girls, tampering with evidence, and also producing child pornography and distributing it. Kelly’s problems intensified with the release of Surviving R. Kelly, the Lifetime docu-series.
RELATED: R. Kelly Breaks His Silence After Revelations Of Alleged “Cult” Involving Young Women
The docu-series featured interviews with some of Kelly’s purported victims, and the popularity of it led many celebrities and entertainers to distance themselves from the R&B singer.
As the protests and outrage grew, so did the official police charges that were laid against him. Kelly has been charged in not only his home state but also in places like New York as well.
As for his attempts to get out of jail, this past year, Kelly and his lawyer petitioned the court repeatedly to have him released as a consequence of the coronavirus pandemic, which they claimed the singer was at special risk too. The same thing was done for Daniel Hernandez 23, also known as Tekahsi 6ix9ine.
Additionally, Kelly was reportedly attacked by another inmate and his lawyer argued that nothing was done to stop it, in fact, the facility and the guards had appeared to facilitate it, he argued.
Advertisement

Are Kim Kardashian And Kylie Jenner Photoshopping Their Children’s Photos?
Prince Harry Says That The ‘Toxicity’ Of The British Media Is The Main Reason He And Meghan Markle Had To Leave The Royal Family
Comment