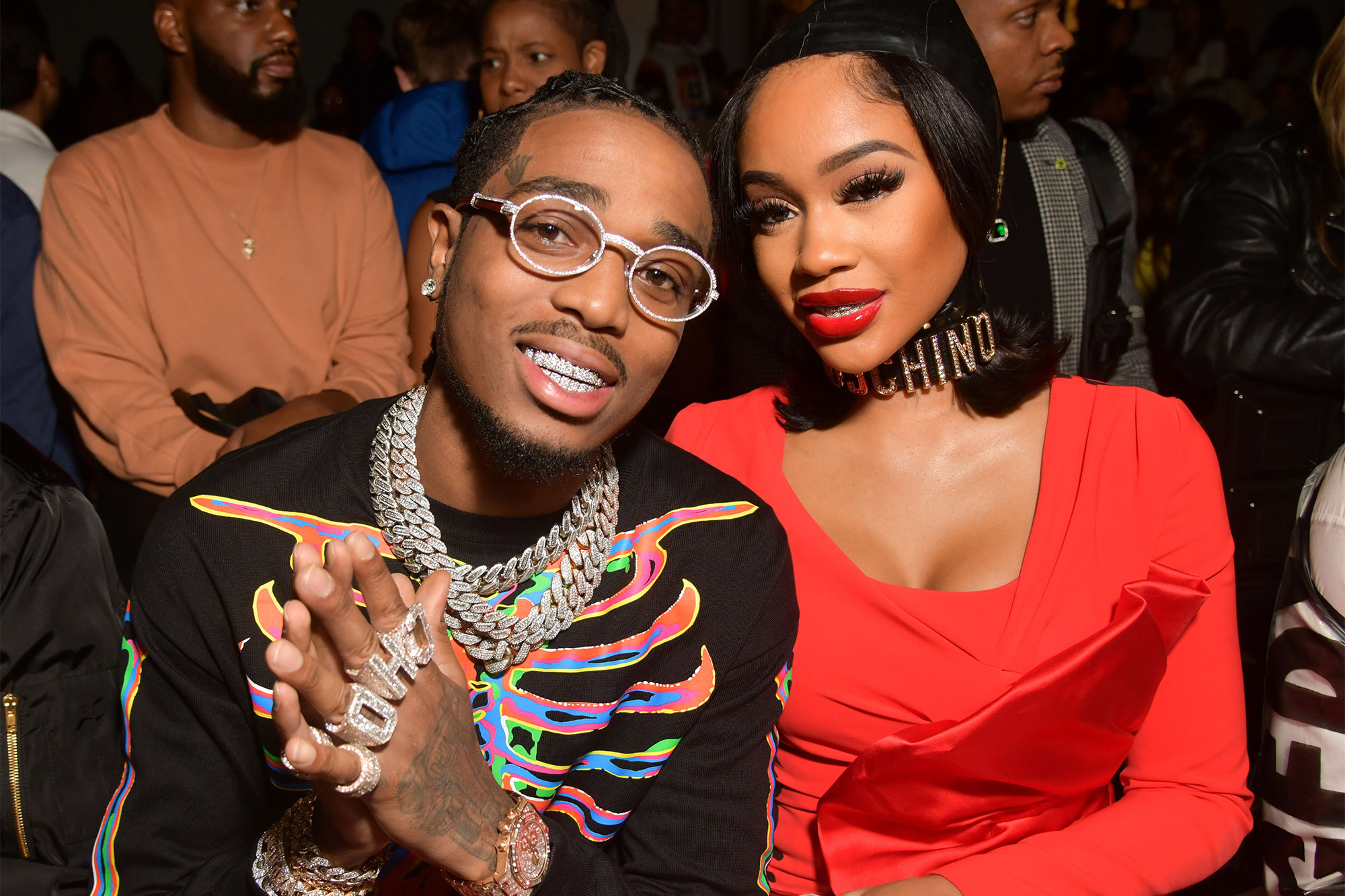 Rapper Quavo on Thursday addressed for the first time video footage that apparently shows him in an elevator fight with his ex-girlfriend Saweetie — as the LAPD investigates the case as a possible domestic violence incident.

“We had an unfortunate situation almost a year ago that we both learned and moved on from,” Quavo said in a statement.

Quavo of the group Migos attends a party at Atlantis Restaurant & Lounge on March 3, 2021 in Atlanta.WireImage

“I haven’t physically abused Saweetie and have real gratitude for what we did share overall,” the “BUBBLE GUM” rapper insisted.

In the clip, the former couple can be seen fighting over a “Call of Duty” case before Saweetie, 27, is knocked over. The altercation between the two rappers happened in Saweetie’s apartment building last year, according to TMZ.

When the footage starts, the “My Type” rapper is seen swinging at Quavo, 29, before the two tussle over the case and Saweetie ends up on the ground.

Earlier Thursday, Saweetie issued her own statement on the rift in the lift.

“This unfortunate incident happened a year ago, while we have reconciled since then and moved past this particular disagreement, there were simply too many other hurdles to overcome in our relationship and we have both since moved on” she wrote.

The artists broke up amid accusations that Quavo was unfaithful.

Sharon Stone Opens Up About Having An Abortion As A Teen And Going Through It All Alone!
Elizabeth Perkins thinks ‘Big’ would be very different today
Comment