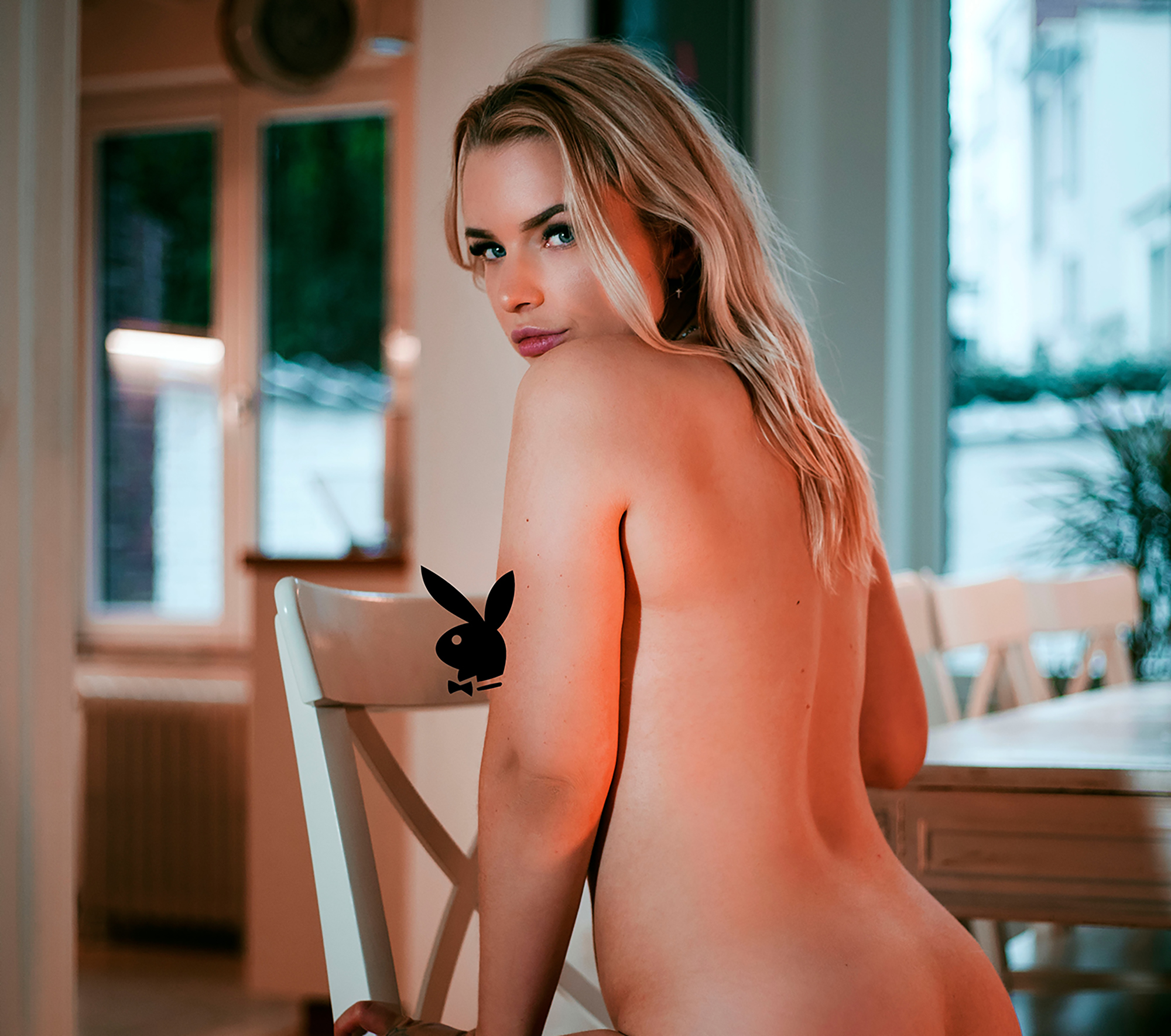 A Belgian cyclist claims she’s been banned from joining the men’s team after posing for a sexy Playboy shoot.

“Those were photos I wouldn’t hurt anyone with,” Tara Gins, 30, told Cycling News of the shoot, which involved posing for the American nudie mag and appearing in a topless calendar for a Belgian firm last year. She also frequently shares saucy snaps to her nearly 30,000 followers on Instagram.

However, these salacious stints may have cost the blue-eyed blonde a gig. Shortly after committing to an unnamed male riding team, Gins said someone put the brakes on her career.

“I had a verbal agreement to start working for a team as a sports director this year [2021],” lamented the crestfallen cyclist, who rode in the women’s professional ranks from 2016 to 2020.

“That was something that I was really looking forward to because that is the direction that I want to go in,” she added. “But apparently, someone has made a problem with a photo of me.”

“Apparently, as a man, you can do a little more in the world,” Gins said.Instagram

Describing her banishment, Gins said the [team leader] had told her on Saturday that “he was breaking off the commitment that we had because someone on the team, a staff member came across pictures of me.”

“That person sent the pictures in a group chat to the other staff members,” she continued, adding that “someone must have threatened the manager to send those pictures to one of the sponsors.” The breakout skin mag star found this peculiar, as “You can only see the pictures if you work for the company” she said, referring to the Belgian company that published the calendar — which was only available to the company’s employees.

The Belgian cyclist said she was refused a job in a men’s team because she was in Playboy.Steven Wolles Photography

Gins, for one, finds her excommunication ludicrous. “Apparently these are now too inappropriate to work with riders,” she fumed. “Apparently, a photo is more important than capabilities or experience.”

Especially considering that the “not vulgar” Playboy shoot only featured her in the seminude while her calendar cameo “had nothing to do with cycling,” she said.

The ex-cyclist adds that her firing is a huge double standard given all the inappropriate behavior she has witnessed from male bikers, including cheating and sharing pics of girls who “are not aware they have been photographed.”

“It’s those same people that would tell me that I can’t work for a team,” Gins told Cycling News. She added, “Apparently, as a man, you can do a little more in the world.”

Tara Gins says she was wrongly axed from a position due to some cheeky photos she posed in — and says wrongful behavior by her male colleagues has gone unpunished.Instagram

It’s been a bumpy road for the former rider, who was reportedly assaulted multiple times throughout her 13-year career. In one instance, a mechanic reportedly crept into the shower with Gins after a workout. And she was once forced to push away a staff member who had kissed her against her will.

Gins refuses to name the team where the misconduct occurred. However, in 2018, she rode for the Belgium club Health Mate, which a whopping 10 riders have accused of fostering a culture of physical, emotional and verbal abuse. And in 2020, the team’s manager, Patrick Van Gansen, was found guilty of ethics violations, Cycling News reported.

While her sexy photo op may have derailed her opportunity, Gins claims her banishment is “probably for the best.”

“I don’t mind now that the job has been canceled,” the cyclist-turned-calendar girl said. “I don’t want to work with people who don’t see my capabilities and just walk with the herd.”

She finds the ordeal especially unfortunate as “there are so many women who want a position in . . . cycling, and they have the capabilities to do it but they don’t advance because of idiotic things like this.”