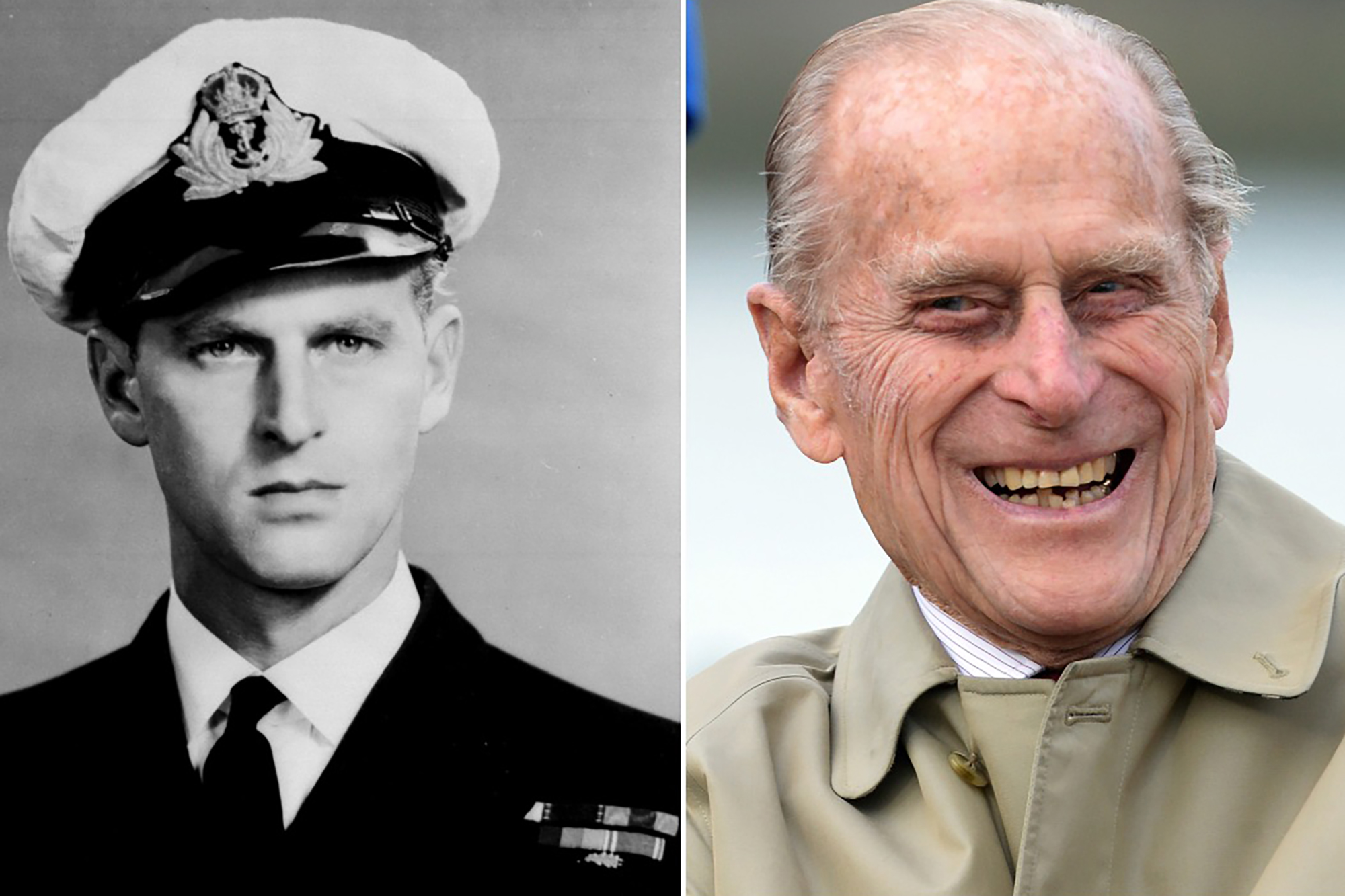 The former naval officer, who “passed away peacefully” Friday morning at the age of 99, was by far the longest-serving consort of any British monarch with more than 73 years in the role.

“It is with deep sorrow that Her Majesty The Queen has announced the death of her beloved husband, His Royal Highness The Prince Philip, Duke of Edinburgh,” Buckingham Palace confirmed via Twitter on Friday.

Known for his sometimes brusque manner and dry sense of humor, the Duke of Edinburgh had to rein in his alpha-male tendencies to perform his duties in the shadow of the sovereign.

His wife fondly called him her “main strength and stay all these years” when she was celebrating her 50th anniversary on the throne in 2002. She added: “I owe him a debt greater than he would ever claim or we shall ever know.”

Philip certainly lived every minute of his 99 years before he was hospitalized Feb. 17. Here are 10 remarkable moments – some poignant, others cringe-worthy – that nevertheless illustrate his fortitude, spirit and mischievous nature.

He was rescued in an orange box

Prince Philip of Greece seen here in July 1922 when he was one years old.Getty Images

When his uncle, King Constantine of Greece, was forced to abdicate in 1922, the then-18-month-old Philip was smuggled to safety in nothing other than a fruit crate. The makeshift crib, fashioned from an orange box, was loaded onto a British warship that rescued the tot alongside his father, Prince Andrew of Greece, mother, Princess Alice of Battenberg, and four sisters.

His jumping dazzled the Queen

It wasn’t so much Philip’s blond hair and blue eyes that impressed Princess Elizabeth in 1939 when they met for the second time (they’d attended the same wedding in 1934) at his naval college in England. Instead, the 13-year-old royal was struck by the way the Greek Prince, five years her senior, vaulted over a tennis net to offer up lemonade and cookies. In her 1950 memoir “The Little Princesses,” royal nanny Marion Crawford recalled her starry-eyed charge saying: “How high he can jump!”

He was a wartime hero

Philip proved himself a hero many times over as an officer in the British navy during World War II. In 1943 – while 17-year-old Princess Elizabeth kept his portrait back home on her mantel — the first lieutenant more than likely saved 163 lives aboard the imperiled ship HMS Wallace. It was being pounded by the Luftwaffe and in danger of sinking. But the 22-year-old devised a cunning plan to launch a raft with smoke floats as a decoy. It successfully distracted the bombers, allowing the destroyer to slip away unnoticed. Decades later, Harry Hargreaves, a yeoman on the ship, recalled: “Prince Philip saved our lives that night. He was always very courageous and resourceful and thought very quickly.”

He called the Queen “Cabbage”

Prince Philip’s nicknames for the Queen half included “Sausage” and “Cabbage.”Getty Images

An incorrigible prankster who chased his wife in 1951 along the corridor of a Canadian train while wearing fake teeth, the Duke of Edinburgh kept her constantly amused and entertained. His nicknames for his regal other half included “Sausage” and “Cabbage.” Even during Elizabeth’s 1953 coronation ceremony at Westminster Abbey, he seized the opportunity to crack a joke. “Where did you get that hat?” he quipped, as she balanced the five-pound, 22-carat gold crown on her head.

He enjoyed the company of a pretty gal

“I would get arrested if I unzipped that dress,” Prince Philip told Londoner Hannah Jackson, seen here in a red dress, as they shook hands.Cascade News

Philip undoubtedly had an eye for the ladies — though he denied extra-marital affairs and insisted infidelity would be impossible since he was never unaccompanied by a protection officer. It certainly didn’t stop him from, ahem, flirting with the opposite sex. Nineteen years after asking Canadian reporter Serena French “You’re not wearing mink knickers, are you?” at a charity fundraiser, he succumbed to temptation again: As recently as 2012, the Duke became intrigued by the zip-up number worn by one of his wife’s 25-year-old subjects. “I would get arrested if I unzipped that dress,” the old charmer told Londoner Hannah Jackson as they shook hands.

He sailed away — on taxpayers’ dime

The Queen And Prince Philip aboard the Royal Yacht Britannia during an official visit to Kuwait in 1979.Tim Graham Photo Library via Get

Now that was some jolly! In 2001, declassified records released by the UK government revealed how Prince Philip had ordered the Windsors’ prized ship, the Royal Yacht Britannia, to take him on an unscheduled two-month cruise in 1971. The jaunt around the South Pacific cost British taxpayers the equivalent of $800K in today’s money. Luckily for the fast-living Duke, he got away with it at the time.

He stood by Prince William and Harry

Prince Philip walked with Prince William and Harry at the funeral of Princess Diana in 1997.Getty Images

Ahead of the funeral of Princess Diana in 1997, he sensed the anguish of his grandsons Prince William and Prince Harry, then aged 15 and 12. But he felt they would regret it later if they didn’t walk behind the gun carriage bearing their mother’s coffin as it made its way to Westminster Abbey. “I’ll walk if you’ll walk,” he said, suggesting he accompany them on the London streets. The world watched in sorrow as the young brothers took him up on his offer.

He could be crotchety at times

He prided himself on his ability to make people laugh “within 15 seconds” by way of a disarming – and occasionally off-color — joke, but Philip was prone to being cantankerous. Especially as he aged. In May 2015, at a photo op to commemorate the 75th anniversary of the Battle of Britain, the then-94-year-old became irate at how long it took to pose with a group of war veterans. “Just take the f–king picture!” he yelled at the unfortunate lensman. There were three other members of the Windsor family present, namely Prince William, Prince Edward and Edward’s wife, Sophie. The trio did the only thing they could under the circumstances – giggle.

He knew how to take a joke

The Duke didn’t take himself too seriously and saw the fun in others lampooning him. The quality proved particularly useful since his strong personality was rife for send-up by the press. In 2000, he displayed his personal collection of original newspaper and magazine cartoons gathered over the previous five decades. The private exhibition at the royal country home of Sandringham House featured work by the celebrated British illustrator Carl Giles. Another of Philip’s favorite cartoonists was Matt Pritchett, of the UK’s Daily Telegraph, who created a masterpiece to mark the nonagenarian’s 2017 retirement from official duties. It showed a plaque with curtains drawn around it that read: “Unveil your own damn plaque.”

His marriage to the Queen was fueled by gentle humor

Prince Philip once described his job as the queen’s husband “first, second and last was never to let her down.”Getty Images

Soon after assuming the role of consort in 1953, Philip told Michael Parker, his first private secretary, how his job as the queen’s husband “first, second and last was never to let her down.” And he never did. There were indeed challenges — the moment springs to mind when Elizabeth yelped in fear while Philip drove too fast and he snapped: “If you do that one more time, I shall put you out of the car!” — but such disagreements only seemed to make their marriage stronger. Still, discussing the union in 1997 on their 70th wedding anniversary, the perennially self-aware Duke bantered: “You can take it from me, the Queen has the quality of tolerance in abundance.”