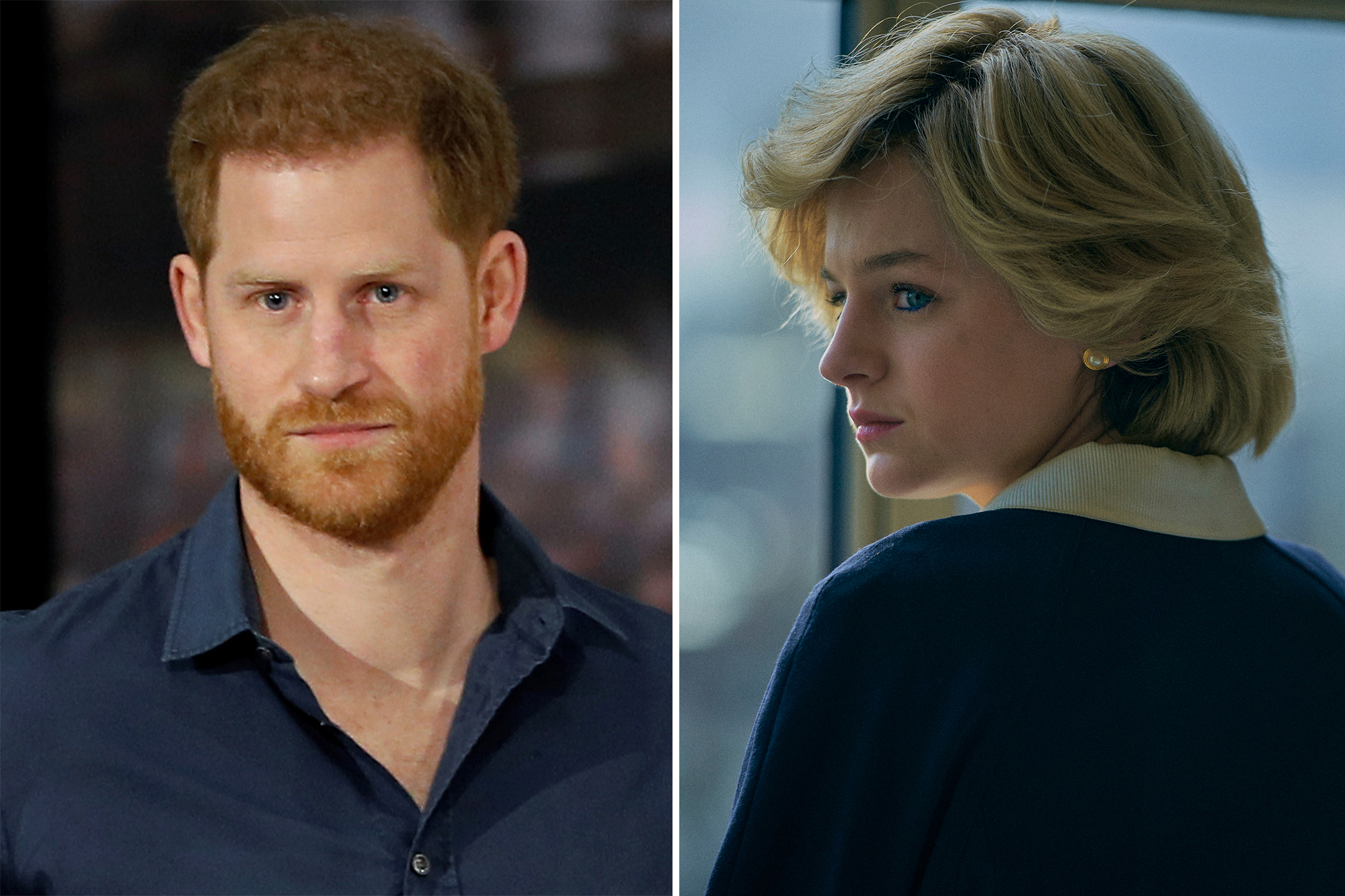 He’s breaking with the royal family yet again.

In an expansive interview with “The Late Late Show” host James Corden, former prince Harry actually had some kind words to say about Netflix’s “The Crown,” in a departure from previous comments made by his family about the fictional-but-factual show.

Harry, 36, told Corden that he prefers watching the show to reading headlines about him and his wife, Meghan Markle, 39. The most recent season centered around the tumultuous marriage of his parents, Diana Spencer (played by Emma Corrin) and Prince Charles (Josh O’Connor).

His brother, Prince William, reportedly wasn’t happy with the latest season of the Golden Globe-nominated hit.

“The Duke of Cambridge is none too pleased with it. He feels that both his parents are being exploited and being presented in a false, simplistic way to make money,” a source close to the family told the Daily Mail.

But Harry doesn’t mind it one bit.

“They don’t pretend to be news — it’s fictional, but it’s loosely based on the truth,” he said of the show. “It gives you a rough idea about what the pressures of putting duty and service above family and everything else — what can come from that.”

Prince Harry is opening up about seeing a version of royal life play out in “The Crown.” Golden Globe nominee Emma Corrin portrays his mother, Diana Spencer.Getty; Netflix

The season centers around Charles’ marriage to Diana amid his love affair with Camilla Parker Bowles.

“I’m way more comfortable with ‘The Crown’ than I am seeing the stories written about my family or my wife or myself,” said the recent California transplant and soon-to-be father of two. “That is obviously fiction — take it how you will — but this is being reported on as fact because it’s supposedly news. I have a real issue with that.”

He added that in future seasons, he would like to see “Homeland” actor Damian Lewis play him.

Emma Corrin, left, and Josh O’Connor in a scene from “The Crown.” AP

The expansive interview on “The Late Late Show With James Corden” comes as he and Markle prepare for a prime time interview with Oprah, following their departure from the royal family.

Riding atop a tourists’ double-decker bus, Corden and Harry enjoy English tea on LA’s 405 freeway — don’t miss the moment in which a full tea cart comes crashing down on Harry. Corden takes him on a tour of celebrity homes, including the house from the “The Fresh Prince of Bel-Air.”