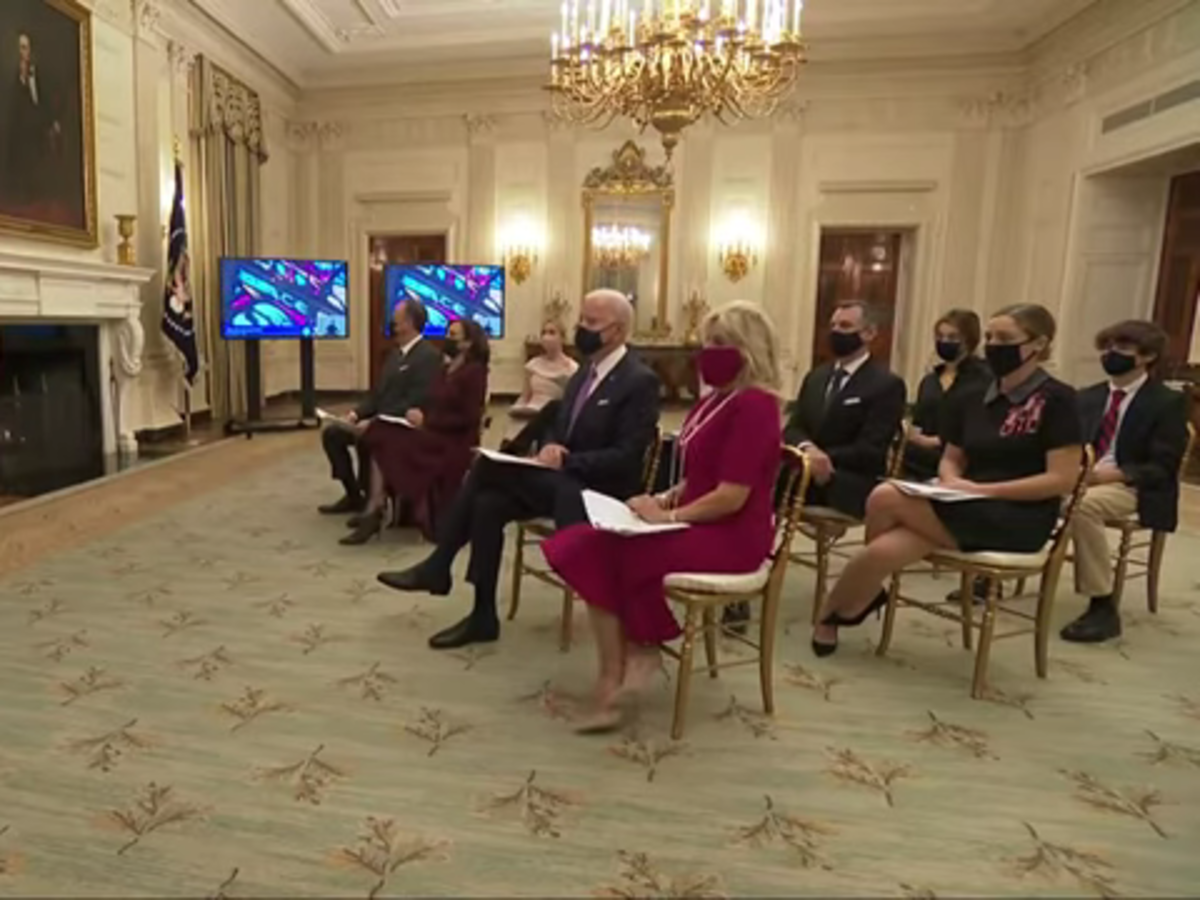 President Joe Biden started his first, full day in office with a virtual prayer service. He has made history as the oldest person to take office and is the second Catholic to become president. The first was John F. Kennedy. Joe Biden‘s faith is very important to him and he repeatedly refers to prayer, faith, and worship. He held a memorial service for those who perished from the COVID-19 pandemic and at his inauguration, asked the nation to bow their heads and hold a moment of silence for those who died. He attends mass every Sunday and often attends church services in some form or another in addition to his weekly mass attendance. It was no surprise that he began his administration with a virtual prayer service that was open for the world to join in.
Community religious leaders from various faiths, including Joe Biden’s own Catholic religion, to Protestants, Baptist ministers, Jewish rabbis, Muslim clerics, Gospel singers, ministers in the LGBTQ communities, Presbyterians, Hare Krishna leaders, Sikh leaders, and more all virtually gathered together to pray for President Biden, Vice President Kamala Harris, and for the nation as a whole.
You may see the full virtual prayer service as it streamed live on Thursday, January 21, 2021, in the video player below.

Many of Joe Biden’s critics and those who believe in conspiracy theories have made many comments and remarks on social media platforms accusing the President of being against religious freedom. There is a difference between interpreting the First Amendment and freedom of religion to mean no religion or the protection of all religions.
It is always dangerous to have a presidential administration that favors one religion and excludes all others or demonizes them.
President Joe Biden, as did President Barack Obama, lead the way in being inclusive of all faiths as many believe this is what is protected and provided by the Constitution.
President Joe Biden has made it abundantly clear that he will use his administration to tackle racism and prejudice in all communities, including areas of faith and religious beliefs.
Advertisement

What did you think about the National Prayer Service?