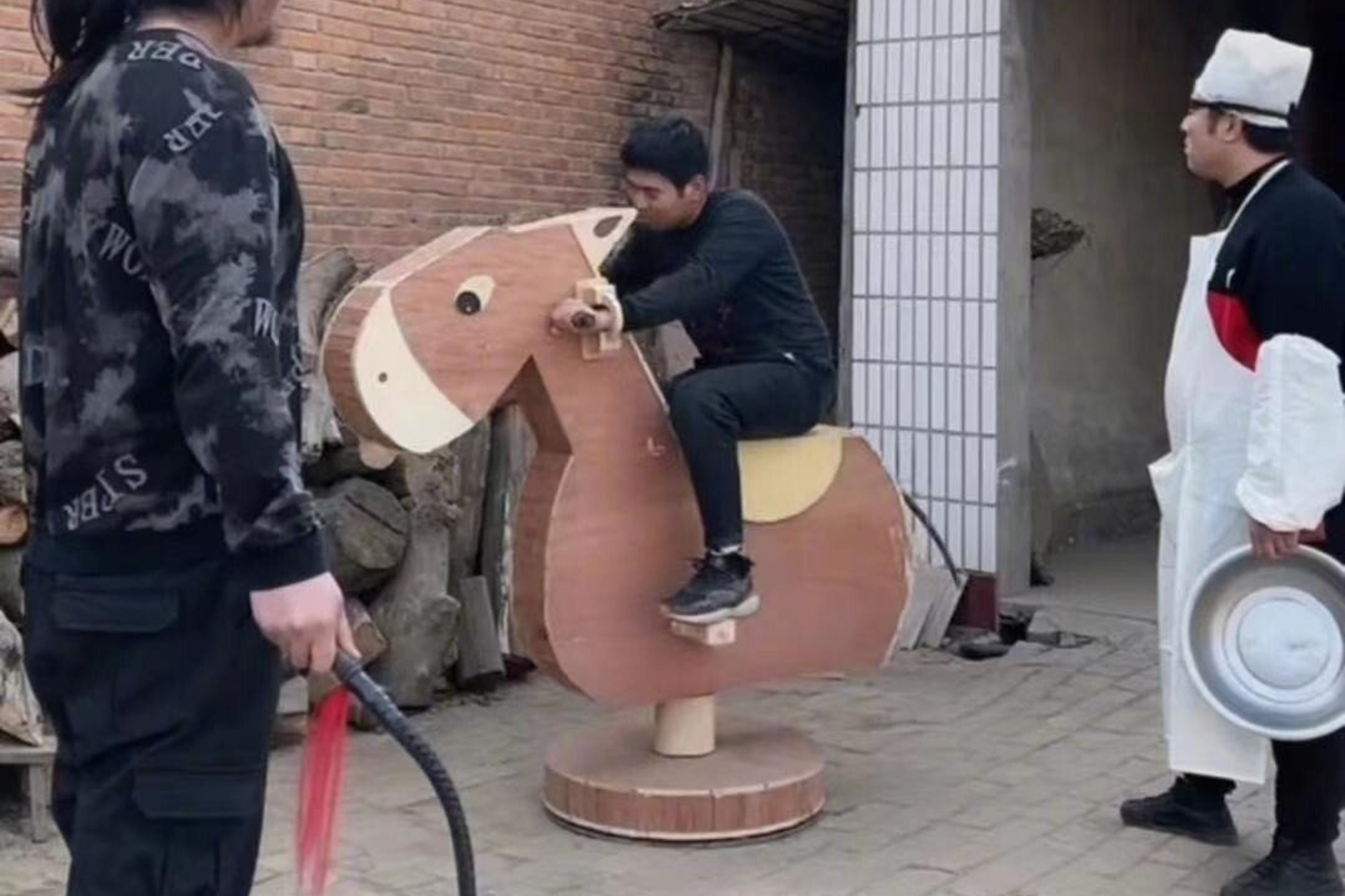 Judging by his past instructional videos — a spiked “study” chair for “sleepy” students, or a spring-loaded head thumper — it would be fair to assume YouTube vlogger and machinist Geng Shuai, AKA “Useless Edison,” has a flair for the sadistic.

But it’s his latest invention that has landed him in hot water with his followers, primarily via Chinese social media, according to a South China Morning Post report.

The DIY video features a contraption called a “wooden horse,” a humiliating and lethal torture device designed for women, which is thought to have originated during the Song Dynasty a millennium ago.

Apparently unbeknownst to Geng, victims would be ordered to mount the donkey to be dragged through the streets while receiving a whipping — all while seated on a saddle of wooden or metal spikes. Other cultures have made use of the “wooden donkey” design, though often depicted as marginally less injurious with the removal of the back lancets.

Geng’s version was also made without blades. However, viewers were undeterred in their distaste for the horrendous tribute to sex-based torture. On Wednesday, the 32-year-old craftsman issued an apology after his video was removed from at least one Chinese social media site, Bilibili, claiming he was unaware of the history associated with the device, SCMP reports.

“I offer my most sincere apologies, no matter what excuses I may have, if this has hurt your feelings,” Geng reportedly said on Weibo. “It’s due to my lack of understanding of history that I made a video disrespectful to women. I hope to obtain your forgiveness.”

On YouTube, where he’s dubbed “Handy Geng,” the inventor from Yang village in Hebei province boasts 37.8 million subscribers, which he’s built since landing on the site in March 2020. In China, his social media prestige goes back to 2018. He allegedly makes money in the “tips” he receives from viewers.

It doesn’t appear that the “wooden donkey” video made it to YouTube, but only last week he uploaded a similarly disturbing how-to, a chair furnished with ejecting needles on the seat for the purpose of perking up the “students who want to study without [being] sleepy.” It also happens to be a well-known torture device called an “iron chair.”

He added a disclaimer in the caption: “There is some dangerous behavior in the video, please do not imitate it.”

Kimye Divorce Will Be Addressed In Final Season Of KUWK
JoJo Siwa Comes Out In A Unique Way And Many Show Her Support!
Comment