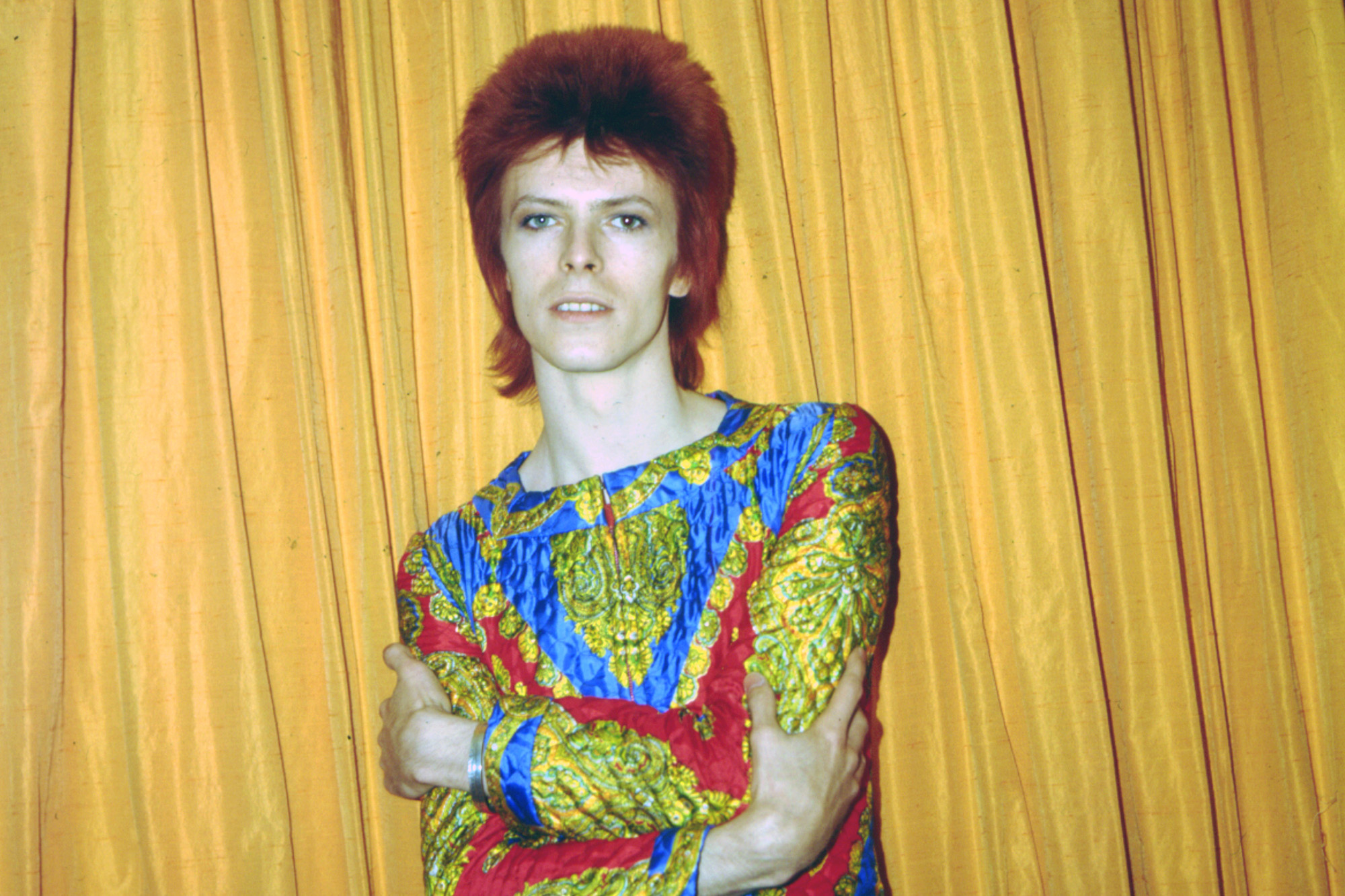 As The Weeknd showed by committing to his bloodied and bandaged “After Hours” persona, some pop stars like to play make-believe as much as they like to play music.

For some, that has meant creating an alter ego, whether it’s Eminem’s dark Slim Shady, Beyoncé’s ferocious Sasha Fierce or Mariah Carey‘s liberated Mimi. “It’s kind of like when I do a movie, becoming a character,” Beyoncé told Oprah.

Here are five artists who took their transformations to the next level, and whose invented characters commanded nearly as much attention as the stars themselves.

Bowie was the king of all pop chameleons, morphing from the flame-haired Aladdin Sane — a spin on “A Lad Insane” — to the clean-cut Thin White Duke with the greatest of ease. But his most famous alter ego was the androgynous alien rock star Ziggy Stardust who transported us to a glam galaxy far, far away in 1972 and 1973.

As lead singer of the New York Dolls, Johansen became a punk icon of the rowdy downtown scene. But for his next act, he hocus-pocused himself into a bowtie-wearing, martini-swilling lounge lizard named Buster Poindexter, who scored a hit with 1987’s “Hot Hot Hot” and appeared as a member of the “Saturday Night Live” house band for part of the 1986-1987 season.

Garth Brooks promoting new album, “In the life of Chris Gaines, in 1999.AP

At the height of his country superstardom in the ’90s, Brooks did the truly unexpected by going rock as the fictional, moody Australian artist Chris Gaines, releasing a “Greatest Hits” album under the pseudonym in 1999. When he hosted “Saturday Night Live” as Garth Brooks that same year, he pulled a mid-show switcheroo to do his musical performances as Gaines.

While her most famous alter ego will forever be Mother Monster, the theatrical Gaga disappeared into male drag when she became Jo Calderone for her “You and I” video in 2011. The singer even went to the MTV VMAs that same year as Jo, walking the red carpet, opening the show, performing and sitting in the audience as the character.

Madonna, aka Madame X, during the 2019 Billboard Music Awards.Getty Images for dcp

Jordyn Woods Shows Off Her Intense Workout Routine
KUWTK: Kylie Jenner And Travis Scott Reportedly NOT ‘Interested In Dating’ Anyone – Here’s Why!
Comment