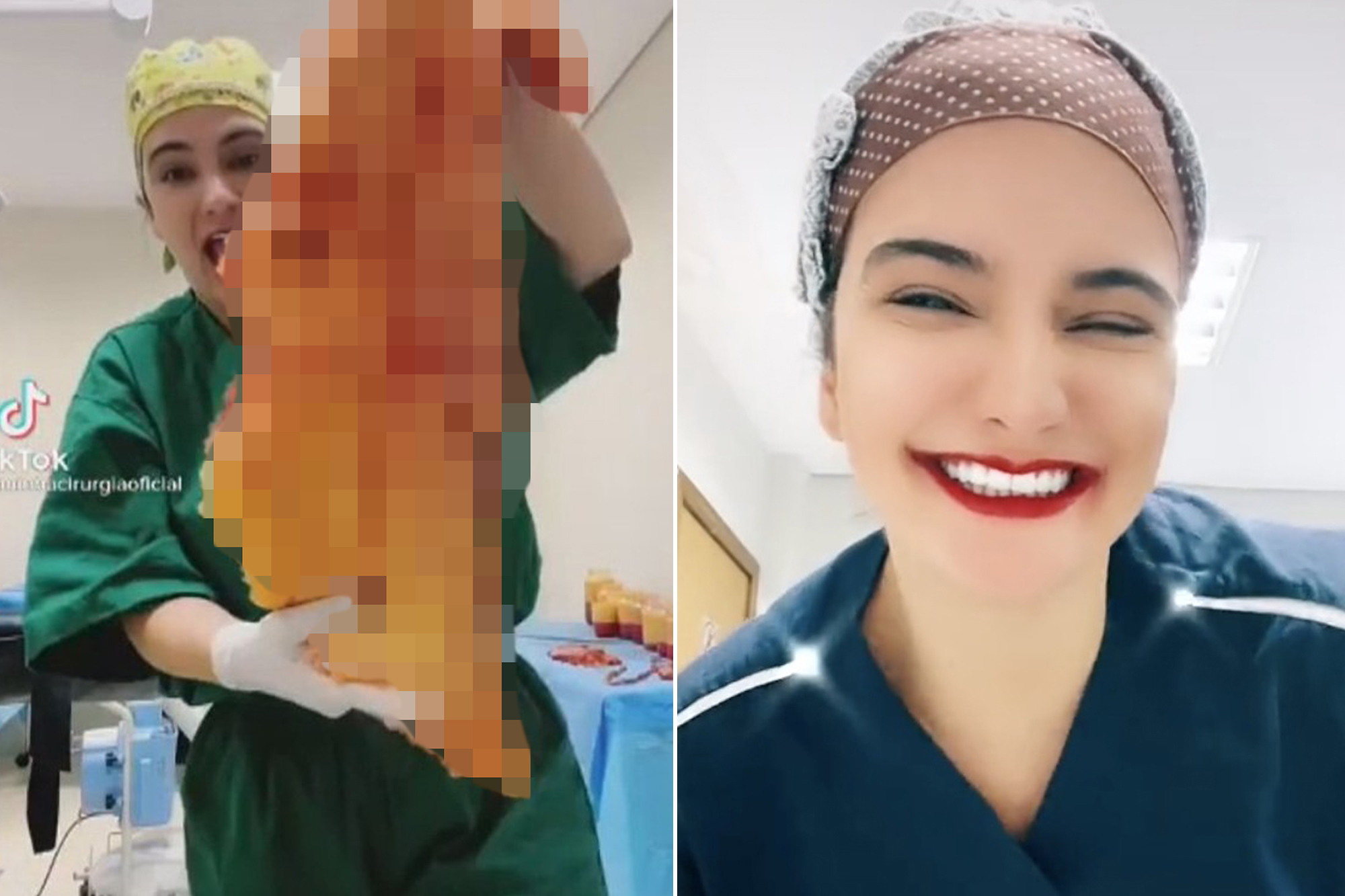 She’s was dancing the blub-step.

A Brazilian plastic surgeon is in hot water for TikTok videos depicting her busting bizarre moves while holding bags of human flesh and liposuctioned fat.

Caren Trisoglio Garcia, who boasts over 645,000 followers on the platform, had her medical license suspended by the regional Medical Board in Sao Paulo for “sharing vids with patients skin,” Brazilian outlet Metropoles reported.

This follows a six-month suspension she received from the board of the Brazilian Society of Plastic Surgery (SBCP), which deemed the videos “unethical,” Newsweek reported.

The Ed Gein-evoking clips depicted Garcia, better known as minhacirurgiaoficial on TikTok, gyrating emphatically in her scrubs while toting clear bags of human fat and flesh that she’d allegedly removed from patients during liposuction.

The dancing “Dr. Demento” even pasted lurid captions over the bags with the phrases “this is the breast” and “this is underarm fat.”

In one of the more controversial vids, the macabre medical practitioner can be seen smiling while waving a large swatch of skin about like a ghoulish trophy.

TikTok has trimmed the fat on Garcia’s account, taking down her skin-tillating clips because of site rules prohibiting depictions of “dismembered” or “mutilated” human remains, per their community guidelines.

Due to ongoing investigations and her suspension, Garcia is currently forbidden from seeing patients or practicing surgery and could even have her medical license revoked if found guilty of medical misconduct.

Caren Trisoglio Garcia even superimposed captions over the bags, denoting “this is a breast” and “this is the underarm fat.”TikTok