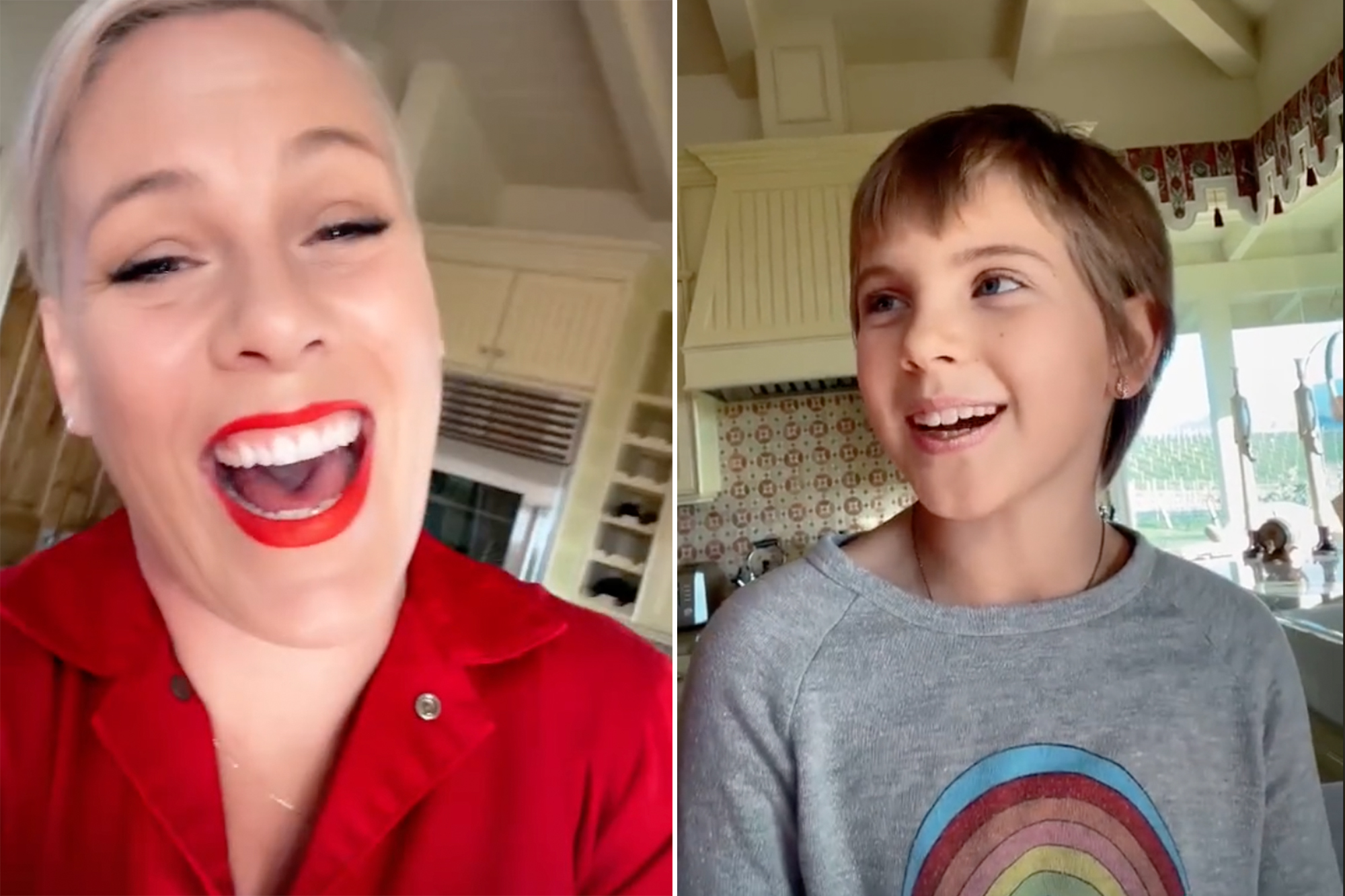 Talent runs in the family.

Pink made her TikTok debut by posting a video of her 9-year-old daughter Willow Hart singing a song on Monday.

The singer’s mini-me belted out part of the song, “Cover Me In Sunshine,” ending the phrase with a sassy snap of her fingers. Willow wore a t-shirt with a rainbow on it and some fun sparkly lip gloss for the quick cameo.

Pink, 41, then turns the camera on herself, beaming proudly as she says “ok” with a laugh.

Viewers immediately lauded the young girl’s talent, commenting with words of encouragement and amassing more than 1 million views and thousands of likes.

“So vocals run in the family i see,” one fan commented.

“The Next Pink is born,” added another.

Others expressed excitment for Pink’s debut on the social media platform.

Pink made her TikTok debut by sharing a video of her daughter Willow singing.TikTok

“Pink on tiktok?!?!?! Hell yeah I’m all here for it!.” someone wrote, with another saying, “Well geez Pink, it’s about time you joined the TikTok world.”

Last April, Pink opened up about the terrifying details of coronavirus, revealing that both she and Jameson had been infected.