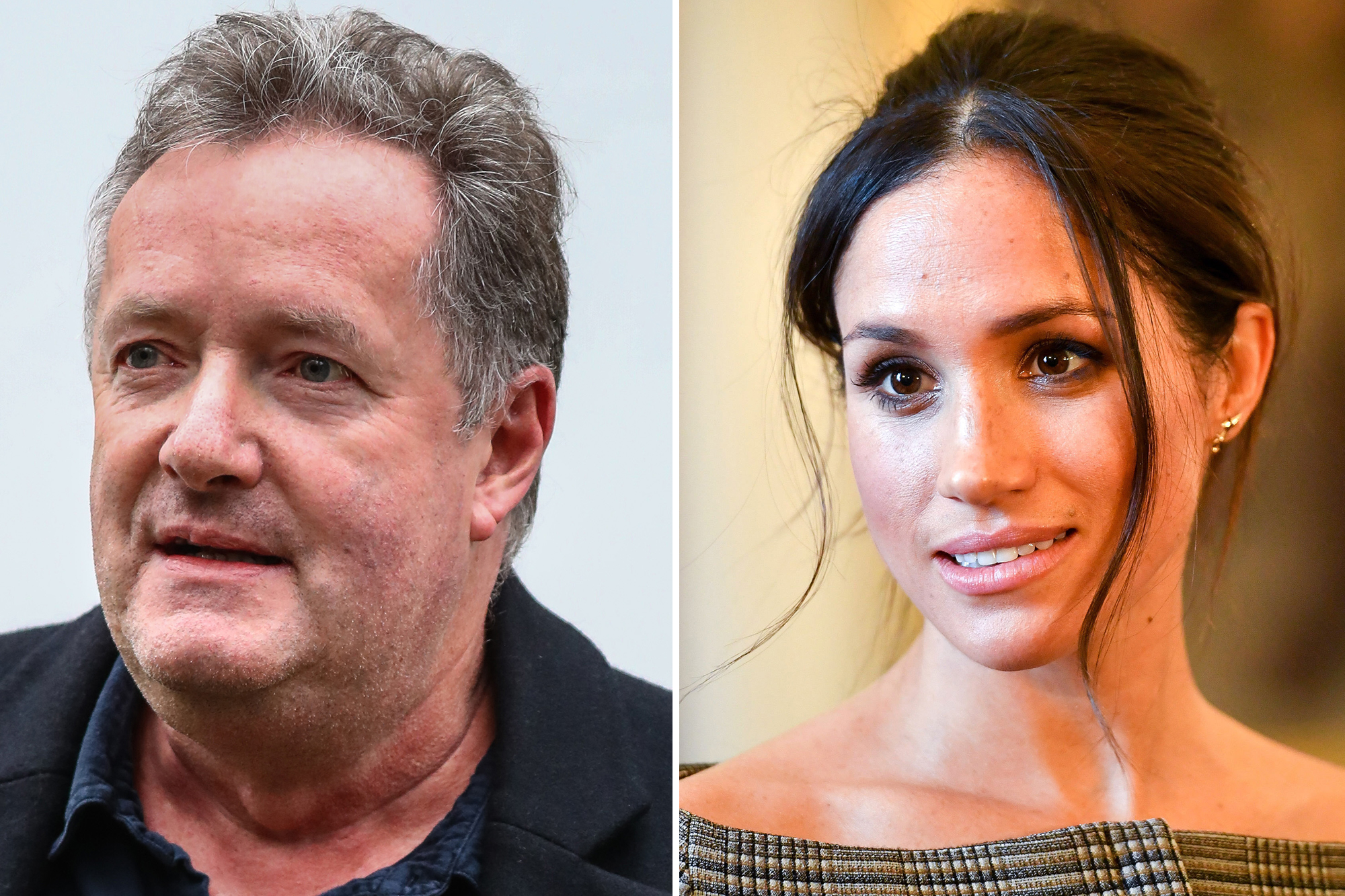 Piers Morgan refused to back down Monday over his allegations against Meghan Markle — continuing to insist during an explosive TV interview that “the delusional duchess” lied during her famous Oprah Winfrey tell-all.

The embattled British TV personality demanded that Markle start naming names when it came to her claim that she went to a senior royal to say she was suicidal from palace life — only to be rebuffed because she was told “it wouldn’t be good for the institution.’’

“You’re accusing … people in the palace of being unspeakably cruel simply to protect the brand of the Royal family. If that is true, let’s have the names of these people, and let’s go to them and ask them is this true,” Morgan told interviewer Tucker Carlson on “Fox Nation,” referring to Markle.

“Did you tell a suicidal woman who told you she was suicidal she was not allowed to get help? Because I find that impossible to believe,” Morgan said.

“Here we are a month later,and frankly — I’ve had plenty of time to think about this — I still don’t believe any of what they were saying,” he added of Markle and her husband Prince Harry, who also talked with Winfrey.

“Seventeen different claims by the pair of them have now been proven to be either completely untrue or massively exaggerated or unprovable. I don’t understand why I should have to believe people who are not telling the truth.”

The former talk-show host griped that he has been trashed by the “woke brigade” and “liberal bullies” — all for just speaking his mind.

“It’s not really about Meghan Markle — she’s a delusional duchess who wants to make millions off the royals while trashing family,” Morgan said. “It’s really about free speech.”

But in continuing to take on Markle, Morgan also balked at the suggestion she made to Winfrey that her son, Archie, wasn’t given security or a royal title because he is mixed-race.

“It’s not just a sense of her lived experience being untrue, it is factually incorrect,” Morgan said of the assertion.“That boy was never going to be a prince until Prince Charles, Harry’s father, becomes king on the death of the queen.

Prince Harry and Meghan Markle during their interview with OprahZUMAPRESS.com

“So for Meghan Markle to try and create a story that says that the decision to not make Archie the title of prince was based on his skin color is a lie.”

Morgan quit the popular UK talk show “Good Morning Britain” following the interview last month, after clashing with a co-star over claims made by Markle and Harry.

Morgan admitted to Carlson that he shouldn’t have stalked off the show mid-air but added, “I was angry because I could feel that there was this growing sense of, if you didn’t believe Meghan on everything she said, then you were the problem, you were the racist, couldn’t possibly be that she was lying,” the Sun reported.

He said he was later told by show execs he had to apologize — or else.

Morgan said he took a walk around West London before deciding he wouldn’t be “bullied by the woke brigade” and told his higher-ups, “On a fundamental point of principle, I’m not going to apologise for not believing Meghan Markle.”

He said he was “disgusted” that onetime “friend” and CNN host Don Lemon later accused him of committing an “act of racism” for doubting Markle.

Morgan added that he still feels bad for British pal Sharon Osbourne, who ended up leaving CBS TV’s “The Talk” amid allegations of racist behavior and after defending him on Twitter.

“It’s disconcerting to see a good friend of mine taken down,” Morgan told Carlson. “Sharon was taken down very deliberately … all because she dared to tweet that I was entitled to my own opinion.”