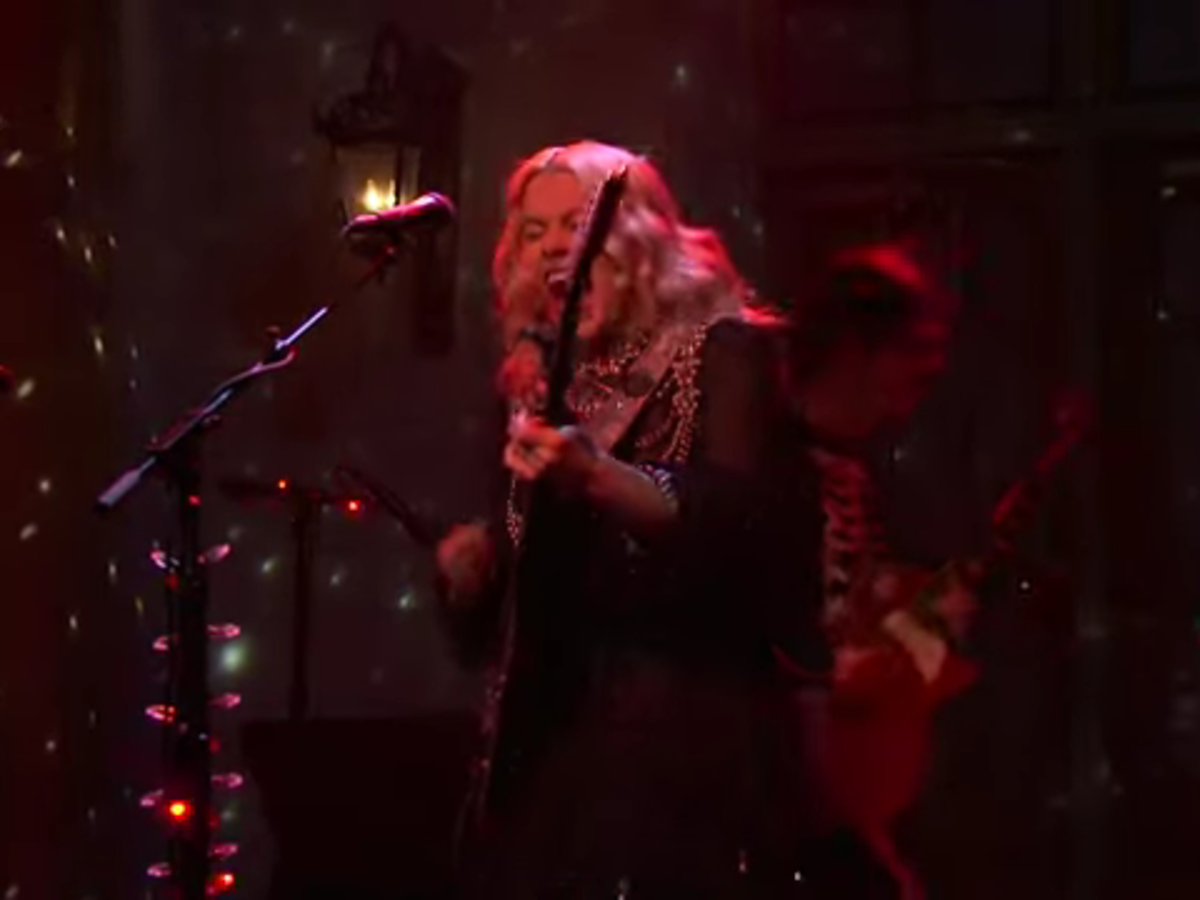 If Saturday Night Live gave awards Phoebe Bridgers would get one after last night’s performance. But don’t worry, she’s up for four Grammys that are scheduled for March 14, 2021, and there’s an excellent chance she is going to win one, or two… or four. If you watch the video from SNL, you’ll see why.
At only 26-years-old, Phoebe expresses the best that indie rock offers — creative freedom! Phoebe performed two songs on the show: “Kyoto“ and “I Know The End.” She proved that her style is completely hers and she owned that stage like nobody’s business.
RELATED: Dwayne ‘The Rock’ Johnson Revealed That He Is Running For President With Tom Hanks In 2020
Now, the video for the second song that she performed “I Know The End” is going viral.
The song starts sweet and mellow with Phoebe delivering each word in soft, breathy tones. Her lyrics are modern prose that could just as easily be recited in a poetry jam as they are melodically sung. It is the end of the song where the music switches gears and Phoebe shows off her guitar skills.
After she reaches the final chorus, Phoebe began jamming on her guitar, started moving around the stage, and had a guitar duel with one of her band members. Phoebe then fell to her knees in true rocker fashion while continuing to jam on her guitar. She then let out a wild, guttural scream in an ode to the true punk-rock senior citizens who paved the way in the genre.
RELATED: Pete Davidson Faces Backlash For Joking About War Injuries – Will He Apologize?
Swinging her guitar overhead, she smashed that puppy as if Pete Townshend was sitting in the front row cheering her on. It was a bit of the best of all worlds (indie, hard rock, and punk) in one smashing show.
You may see Phoebe Bridgers February 6, 2021, live performance of “I Know The End” on Saturday Night Live below.

Here is the first performance Phoebe Bridgers delivered for the night: “Kyoto.”

What do you think about Phoebe Bridgers’ Saturday Night Live performances? Are you a fan of the musical artist?
What were your thoughts on her performance of “I Know The End?” Did you find it smashing?
Are you looking forward to seeing Phoebe Bridgers at the Grammys?
Advertisement

Britney Spears Reportedly ‘Hopeful’ About The Future After A Few Victories In Her Conservatorship Battle!

Halsey Announces She Is Done Giving Interviews After Bad Experience With THIS Magazine!

DaBaby and Dani Leigh Are Over Already A New TikTok Reveals
The Weeknd – Here’s The Story Behind His Bruised And Bandaged Face!
Comment