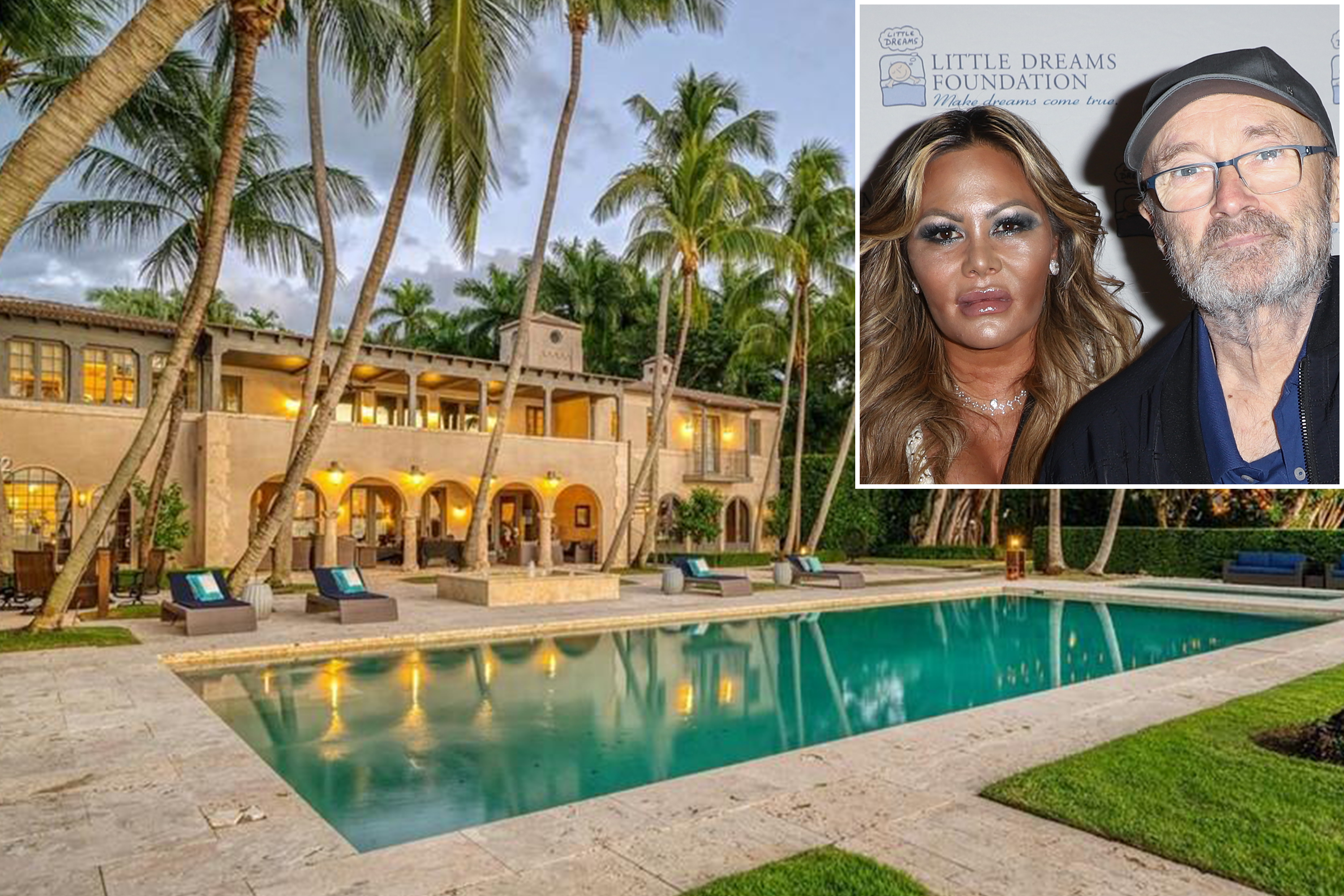 Phil Collins has evicted his ex-wife and found a buyer, so he’s kissing his fraught $40 million Miami Beach house goodbye.

An anonymous new owner has a pending sale for the house at an unknown price, according to the listing.

The 69-year-old Grammy-winning rocker listed his 1.2-acre property for $40 million in December while it was still occupied — by his ex-wife Orianne Cevey, 46, and her new husband, Thomas Bates, 31.

But in October, Cevey agreed to leave the 10,769-square-foot house by January 21 per a partial settlement of Collin’s lawsuit designed to end the couple’s armed-guard occupation of the house. And it’s easy to see why the house was a point of contention.

The house has 184 feet of private water frontage and offers views of the Bay and the Miami skyline.Realtor.com

The Mediterranean-style house’s foyer is a two-story rotunda with an arched octagonal cupola ceiling towering above the spiral staircase. Spanish and Italian influences are predominant throughout the house, which has been given custom design updates from designers Lorraine Letendre and Edwina von Gal, according to Zillow.

The master bedroom has custom walk-in closets and a private terrace, plus a wine cellar with an elevator and temperature control for 600-800 bottles, according to Zillow. And the chef’s kitchen has stainless steel appliances, marble surfaces and floors made of 150-year-old reclaimed hardwood. It appears to have some six ovens, Realtor.com listing photos show.

An ornate wrought-iron gate opens to a forest of curved coconut palm trees and a 6,000-gallon koi pond.Realtor.com

The home’s exterior is equally breathtaking. An ornate wrought-iron gate opens to a forest of curved coconut palm trees and a 6,000-gallon koi pond — not to mention its pool, large boat dock, fire pit, water fountain, summer kitchen, cabana, three-car garage and Dominican coral stone deck. It has 184 feet of private water frontage and offers views of the Bay and the Miami skyline, according to the listing.

The house was built in 1929 but has been continuously updated and renovated, including the latest Crestron smart home devices, according to Zillow. According to property records, Collins added elevators when he purchased the property for $33 million in 2015.

Collins, who is “Emily in Paris” star Lily Collins’ father, is not the only star to have lived on the property — it was once owned by Jennifer Lopez, who sold it to healthcare executive Mark Gainor in 2005.

Collins’ charges against the hunkered-down couple, which he dropped in exchange for their exodus from the property, included unlawful detainer and forcible entry. Cevey alleges Collins verbally promised her half-ownership of the house, and the divorced couple, which has two children together, is still in litigation.

Cevey and Bates purchased a new $5.5 million waterfront property in Fort Lauderdale. Cevey received $47 million when the couple divorced in 2008, but the couple reconciled in 2015 before finally splitting again in August when Cevey eloped with Bates in Las Vegas, Page Six reported.