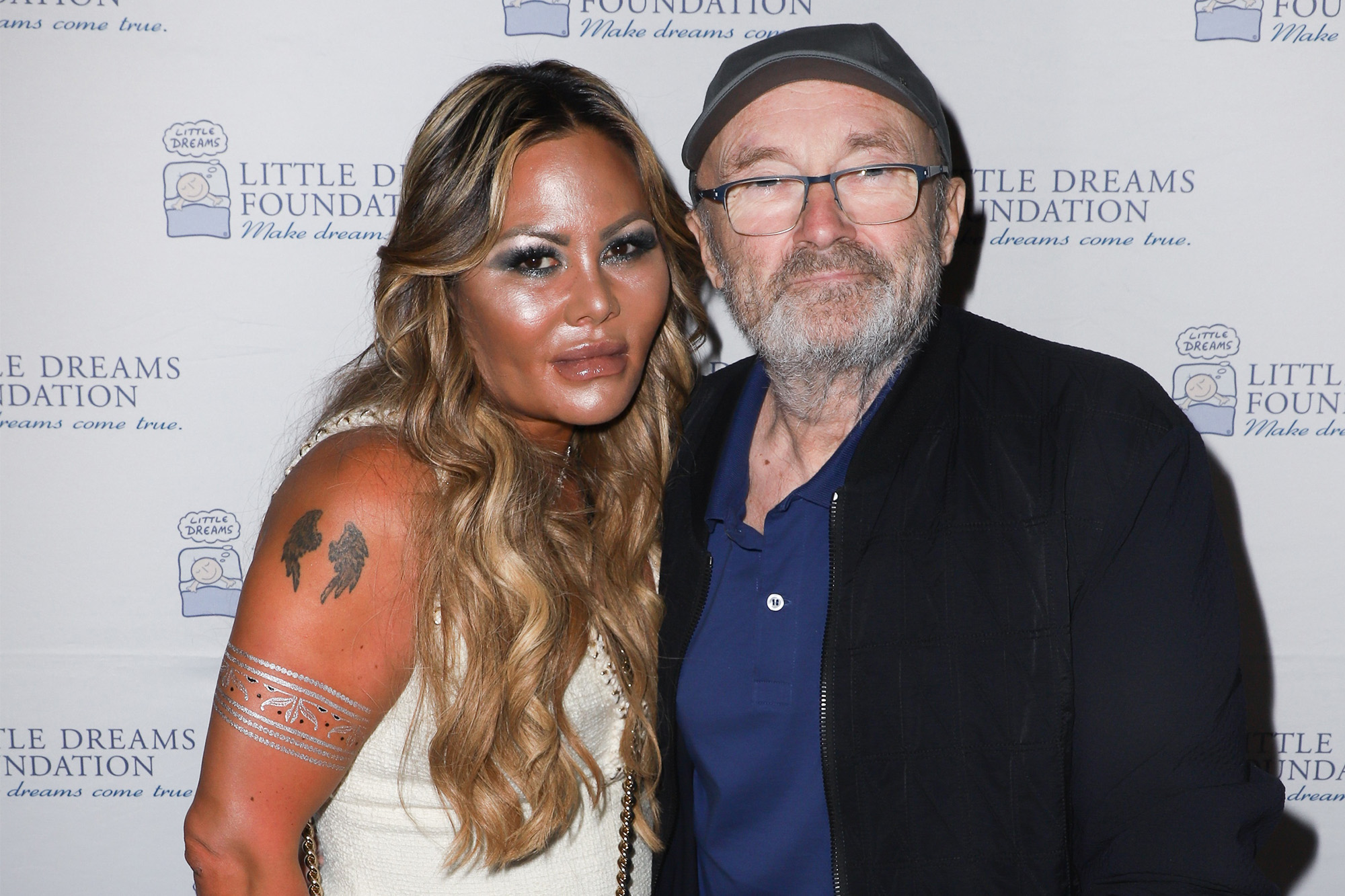 Phil Collins and ex Orianne Cevey are the “Liz and Dick of Miami,” say friends, who add they would not be surprised if the couple reunites despite their increasingly embittered court battle.
It was a vintage week for the Genesis frontman after Cevey, 46, contended in court that he sank into alcoholism and drug addiction during their relationship, and began neglecting his hygiene, not bathing for months at a time. Collins, 69, was “usually drunk by mid-morning” and “incapable of having sex,” she proposed.
Collins called Cevey’s claims a “litany of demonstrably false, immaterial, impertinent, scandalous and scurrilous allegations.” He suggested in legal papers that her assertions are to “deliberately make sensationalized and/or false allegations in an effort to extort money” from him.
The pair split in July after Cevey sent a text to Collins copping to an affair, and a month later she wed alleged new easy lover Thomas Bates, who is 31. Collins and Cevey divorced in 2008 and reconciled in 2015 but never remarried. She secretly married Bates on Aug. 2 in Las Vegas.
Cevey claims Collins reneged on a deal to give her half of their $40 million home, which she occupied with her new husband. Cops tried to evict them, and they’ve since agreed to move out in January. She has said she can’t leave the mansion due to a spinal condition.
But friends of the former couple say they are, ahem, in too deep, and they would not be shocked if a reconciliation could be in the air tonight, against all odds.
One friend said, “Orianne and Phil are the Liz and Dick of Miami,” referring to Elizabeth Taylor and Richard Burton’s famously passionate and fiery historical love affair.
The pal added, “Orianne always protected him. She took care of Phil when he was unwell. He has recently been a grouch, but he has been open about his health problems. His last tour was titled ‘Not dead yet’ after all. The truth is they need each other, I wouldn’t be surprised if they end up getting back together.”
Reps for Collins and Cevey were not immediately available.