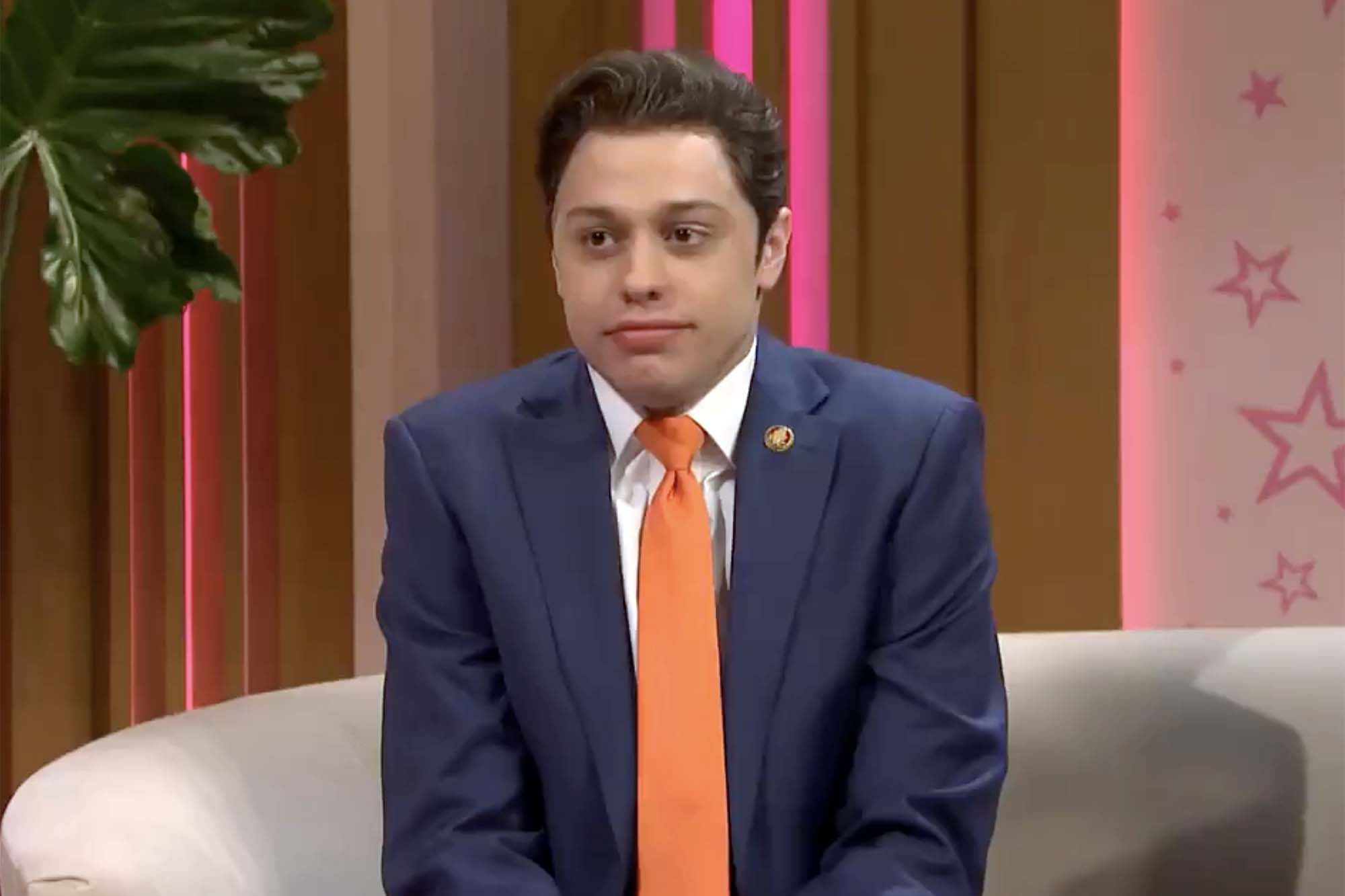 Davidson, 27, appeared as Gaetz (R-Fl.) in the show’s cold open, in which the 38-year-old lawmaker was featured as a guest on a Britney Spears-hosted talk show for “the social pariahs of the week.”

Davidson dated Kaia Gerber, the 19-year-old supermodel and daughter of Cindy Crawford, until February 2020. She was 18 at the time.

Many on Twitter took note of the relationship after Davidson portrayed the Republican lawmaker, who is being investigated for allegedly sleeping with a 17-year-old girl.

“Pete Davidson as Matt Gaetz is a little too on the nose,” wrote one Twitter user.

“Pete Davidson as Gaetz was obviously as unsettling for him as it was for his fans,” another wrote.

For his part, the Florida lawmaker has found himself embroiled in a considerable amount of controversy over the past week.

On Tuesday, the New York Times reported that the congressman was the subject of an investigation into whether he slept with a 17-year-old girl.

The investigation, the Times reported, stemmed from a probe into Joel Greenberg, a Gaetz ally charged last summer with sex trafficking — among other things.

Gaetz vehemently denied the allegations, instead alleging on Fox News’ “Tucker Carlson Tonight” later that evening that his family had fallen victim to a $25 million extortion plot at the hands of a former Justice Department official.

That official, David McGee, a former federal prosecutor in Florida who is now working at the law firm Beggs & Lane, denies the extortion claims.

Gaetz is being investigated for allegedly having a sexual relationship with a 17-year-old girl.AP

Gaetz also claimed the existence of the DOJ probe was leaked to the media in an effort to thwart the FBI investigation into the alleged extortion plot.

The GOP congressman, the son of Don Gaetz, a prominent former Florida politician, then told a stunned Carlson that his father had begun wearing a wire to assist the FBI in that alleged extortion probe.

The senior Gaetz, 73, confirmed his son’s account about the wire to Politico in an interview Wednesday, saying he wore it during a meeting with McGee in early March.

The former Florida state Senate president went on to say he voiced reservations to authorities about his participation, noting that the operation would require him to be recorded making false statements.

“I said to the FBI, ‘I’m willing to wear a wire and be cooperative,’ but I was asked to say things that are not true to draw out an admission,” the retired Florida lawmaker told the outlet, not specifying the nature of those “things.”

Gaetz claims the allegations against him are an “extortion plot.”AP

As controversy — and confusion — about the bombshell accusations mounted, the younger Gaetz was hit with another allegation Thursday.

Multiple sources told CNN that the embattled congressman showed pictures of naked women he claimed to have had sex with to fellow lawmakers, bragging about his conquests.

While on the House floor, Gaetz allegedly displayed the images of women from his phone and talked about having sex with them.

One video showed a nude woman with a hula hoop, one source told the network.

The allegation from CNN does not appear to be in any way related to the DOJ probe.

Kandi Burruss Is Excited That Her Movie Envy Will Premiere On Lifetime TV
Is Ellen DeGeneres’ Show Canceled Now That She Lost Over One Million Viewers?
Comment