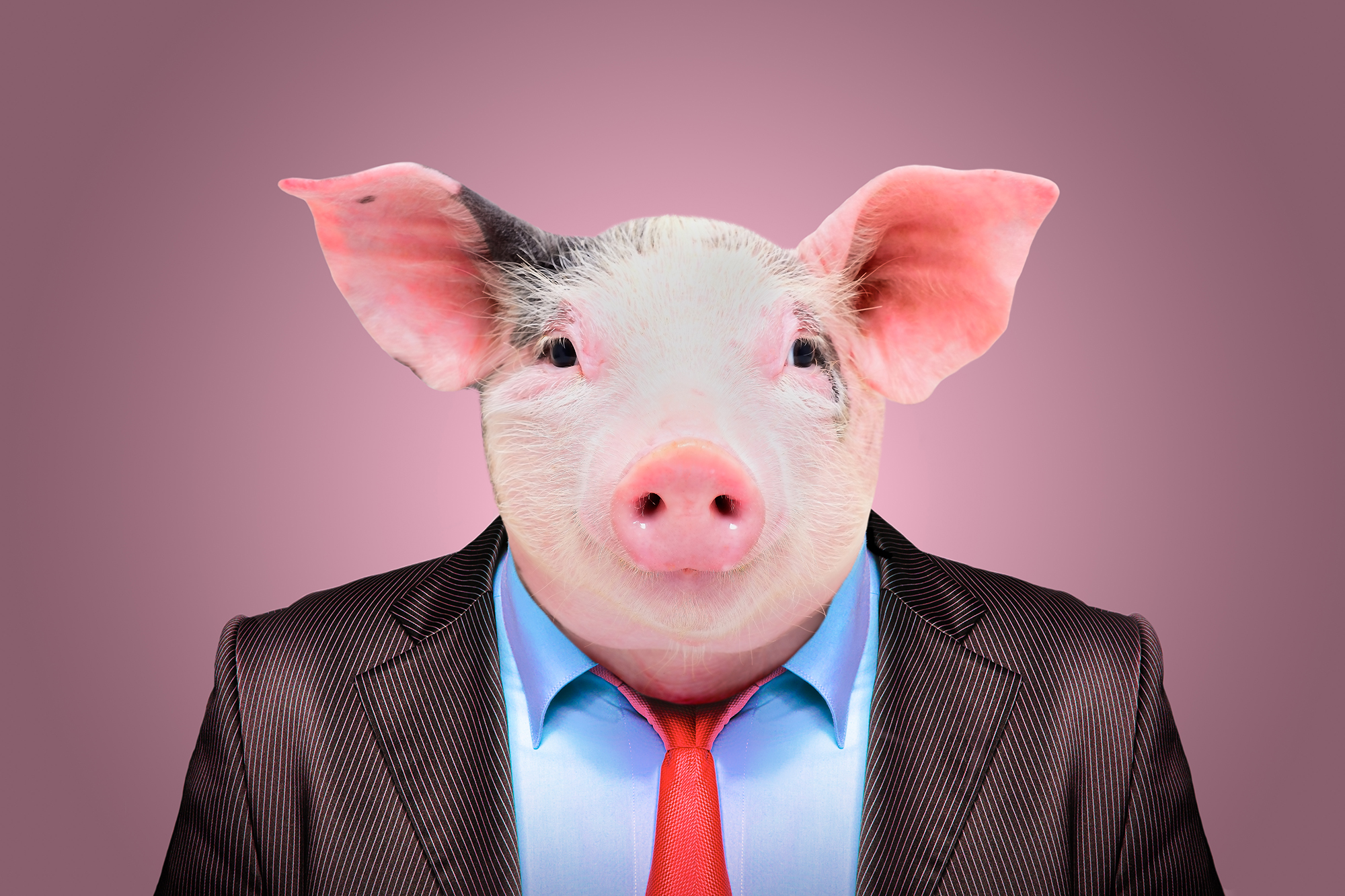 This is animal advocate abuse.

People for the Ethical Treatment of Animals (PETA) has been ridiculed mercilessly online after posting a Twitter PSA discouraging the use of “speciesist” terms such as “chicken” or “pig” to insult humans. The tweet boasted a ratio of almost 11,000 comments to just over 3,000 likes as of Thursday morning.

“Calling someone an animal as an insult reinforces the myth that humans are superior to other animals & justified in violating them,” the animal-rights advocacy group said in its earnest call to action. “Stand up for justice by rejecting supremacist language.”

PETA social-media reps also included a chart detailing the human “supremacist” terminology and suggesting alternative language such as using “coward” instead of “chicken,” “snitch” in lieu of “rat,” “jerk” rather than “snake,” “repulsive” rather than “pig” and “lazy” to cast aspersions onto someone with sloth-like tendencies.

Needless to say, the majority of commenters deemed the directive a bit cuckoo.

“Congratulations on the stupidest tweet of 2021 and it’s only been 4 weeks,” scoffed one detractor of the batty tweet. “A true achievement.”

Words can create a more inclusive world, or perpetuate oppression.Calling someone an animal as an insult reinforces the myth that humans are superior to other animals & justified in violating them.Stand up for justice by rejecting supremacist language. pic.twitter.com/HFmMWDcc5A— PETA (@peta) January 26, 2021

“I can’t tell if this is real or you guys are making fun of yourselves,” wrote another.

One catty commenter posted a graphic that read, “Instead of ‘PETA’ say ‘trash.’ ”

“This is my 7th year of being vegan and I am begging u to never tweet again,” wrote one aghast herbivore.

Another correctly pointed out that sloths were named after the term for laziness and not the other way around.

Speciesist language isn’t just harmful, but it is also inaccurate.Pigs, for instance, are intelligent, lead complex social lives, and show empathy for other pigs in distress. Snakes are clever, have family relationships, and prefer to associate with their relatives.— PETA (@peta) January 26, 2021

“Pigs, for instance, are intelligent, lead complex social lives, and show empathy for other pigs in distress,” they wrote. “Snakes are clever, have family relationships, and prefer to associate with their relatives.”

“Come back to me about being less superior than animals when an anteater builds a house,” read one retort.

This isn’t the first time PETA has caused its critics to have a cow. This past summer, the animal-rights organization ruffled online feathers after blaming the COVID pandemic on meat consumption.