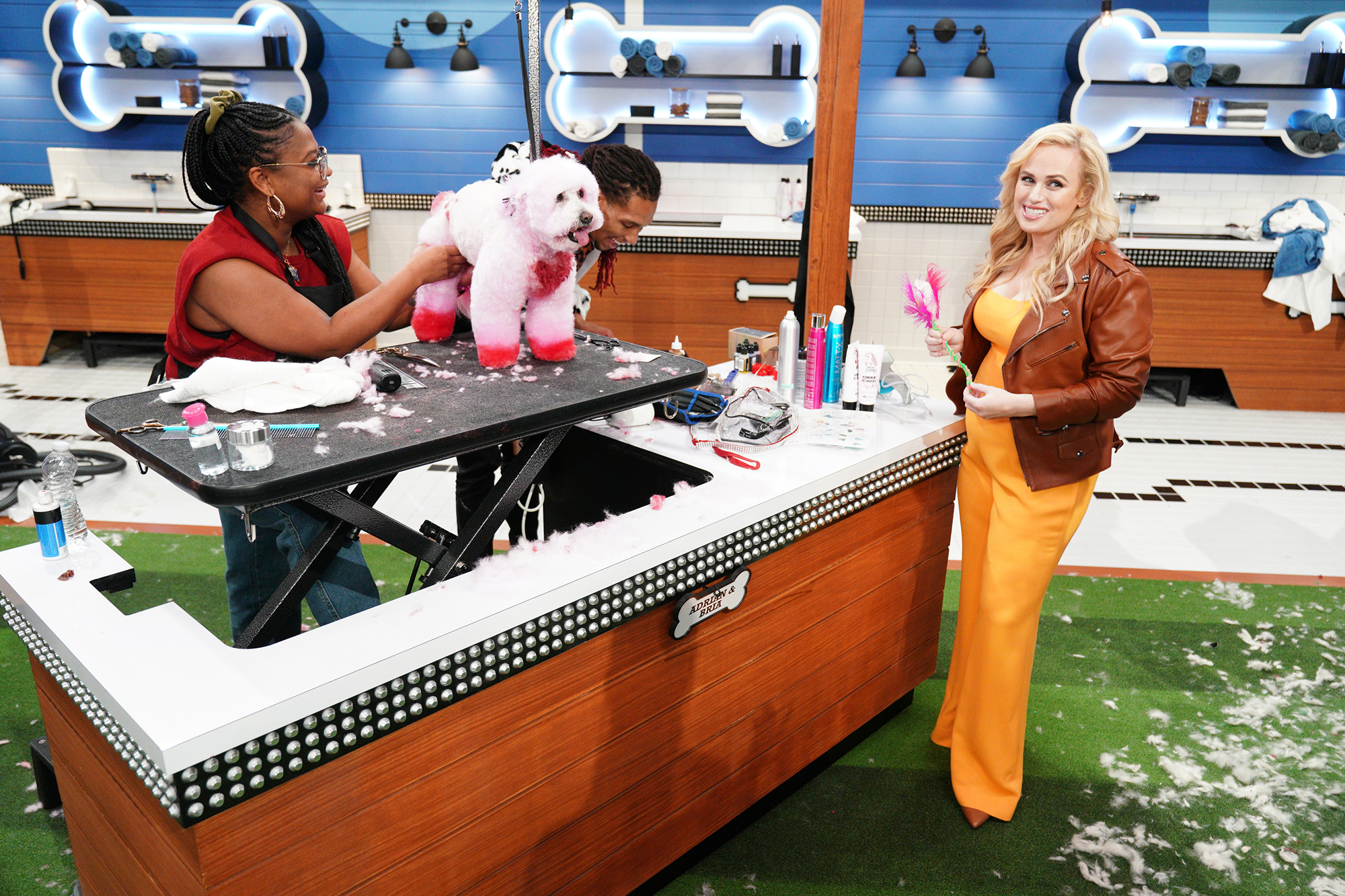 Not so perfect after all.

Animal-rights group PETA has denounced ABC’s new dog-grooming competition, “Pooch Perfect,” which pits 10 teams of groomers against each other to create over-the-top looks for a $100,000 cash prize.

“Dogs are smart, loyal individuals — they’re not here for human amusement, and unfortunately, shows like ‘Pooch Perfect’ can encourage people to restrain their dog and reach for the dye, even though doing so runs the risk of causing an allergic reaction that could even be fatal, in addition to stressing the animal,” Lauren Thomasson, PETA’s senior manager of animals in film and television, said in a statement to The Wrap on Wednesday. “PETA reminds animal guardians that dogs love us just the way we are — and we should respect them enough to do the same for them.”

PETA’s reaction to the series came on the heels of social media pushback after Tuesday night’s series premiere.

Groomer Adrian Smith and his assistant, Bria Scott, have a chat with host Rebel Wilson on “Pooch Perfect.”ABC via Getty Images

“Dogs are not props for entertainment. The dogs look miserable and [it] feels cruel,” tweeted Michael Levitt, who was a producer on the “2020 American Rescue Dog Show” television special. “I’m shocked @ABCNetwork was so tone deaf in green lighting this series.”

“The longer I watch this show, the worse I feel for these poor dogs,” offered a critic on Twitter, while another denounced the program as “torturing dogs for the sake of human entertainment. Gross.”

At first I thought pooch perfect sounded like it may be a cute show.Now it just looks like torturing dogs for the sake of human entertainment. Gross.All the chemicals dying their fur.Poor doggies.— A_Research_Guru (@A_Research_Guru) March 31, 2021

In a story published Tuesday about the show, which is hosted by Rebel Wilson, celebrity dog groomer and show judge Jorge Bendersky told The Post that “Safety is always the first concern.” In addition, veterinary professionals including Dr. Callie Harris oversaw which nontoxic pet care and styling products were used on the show.

Bendersky further pushed for dog owners to only use temporary, dog-safe dyes and to take care when applying them. “You can try to dye your dog pink — but, remember, that dog is going to shake. So you might end up with pink walls, and a pink sofa,” he added. “You’ve got to really plan the logistics.”

Tuesday’s debut episode featured some significant transformations, including a white dog that morphed into a skunk and a poodle given an eye-popping pink conversion. Other episodes will feature holiday-inspired makeovers, like a pooch repurposed as a Halloween pumpkin and a Maltese given a new pastel look suitable for Easter.

This cute little skunk makes an appearance on the “From Grotty to Hottie” episode of “Pooch Perfect.”ABC

Contest Adrian Smith takes his pink poodle for a strut on “Pooch Perfect.”ABC

Jordyn Woods’ Fans Are Impressed By Her Latest Look – See It Here
Toni Braxton Celebrates The Birthday Of Her Son, Diezel Braxton
Comment