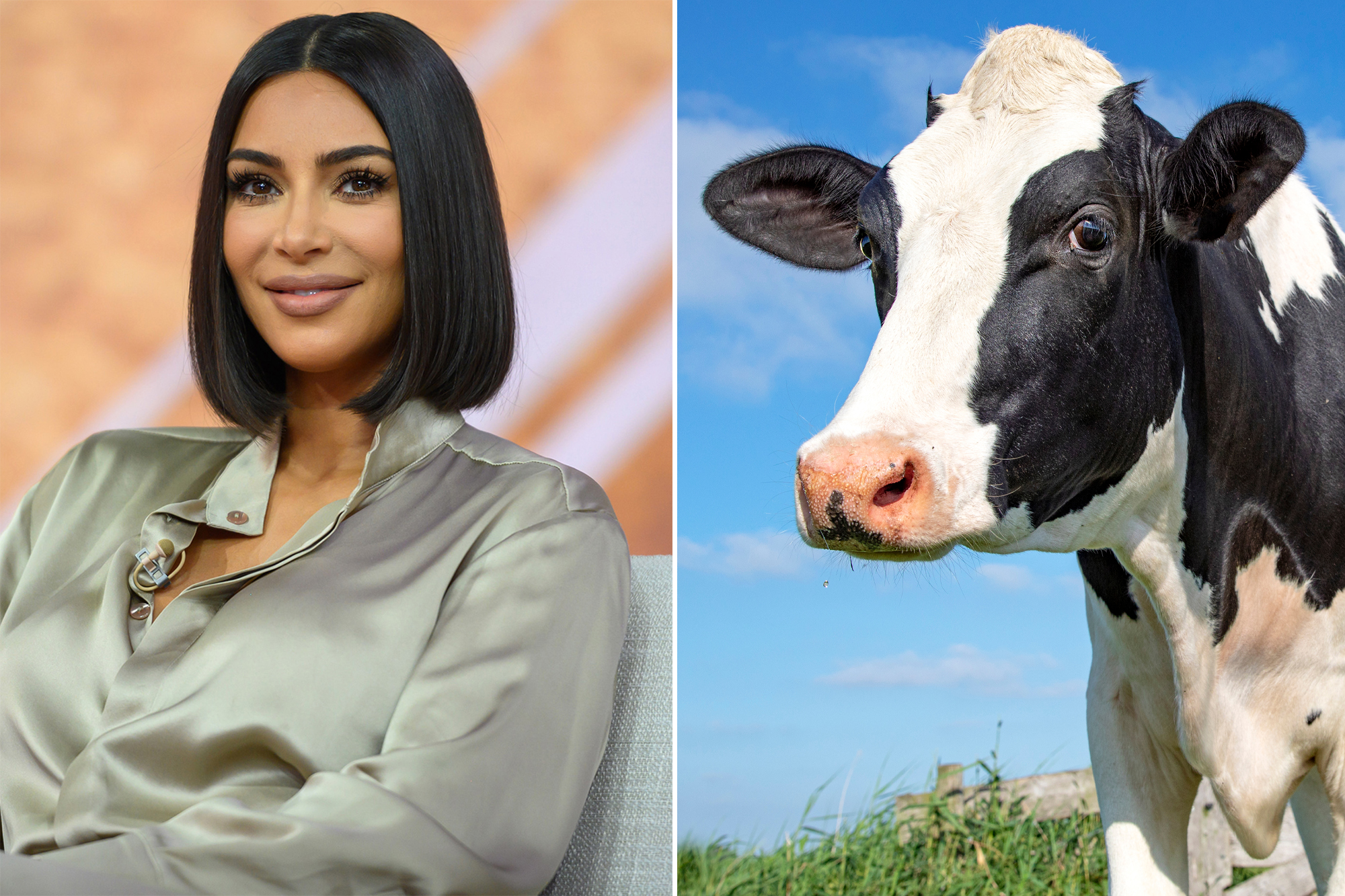 This is perhaps the one time that being compared to a cow is a compliment.

As if becoming a billionaire lifestyle guru wasn’t enough, Kim Kardashian now has a cow named after her, courtesy of People for the Ethical Treatment of Animals (PETA), which wanted to honor the celeb’s “dairy-free” diet.

Attached was a photo of the “drop-dead gorgeous” bovine, which they describe on their website as having “striking eyes and long, dark eyelashes” — just like her 40-year-old celebrity namesake. “Kim Kowdashian” was reportedly rescued by a PETA-approved sanctuary after they allegedly caught the star cow’s former owner abusing her on the street.

In a moo-ving Mother’s Day tribute, PETA named a cow (right) in honor of Kim Kardashian.

The organization wrote that they wanted to “thank the mother of four for showing compassion to mums of all species by promoting a dairy-free diet to her more than 200 million followers.”

Indeed, the “Keeping Up With the Kardashians” star has been vocal about her no-meat, nearly vegan lifestyle.

Kardashian posted an Instagram picture in February that showed the newly eligible bachelorette flaunting her chiseled abs beneath a white crop top. It was captioned, “Plant based does a body good.”

The taut fitfluencer has reportedly even converted three family members, including her sister Kourtney, to a plant-based diet.