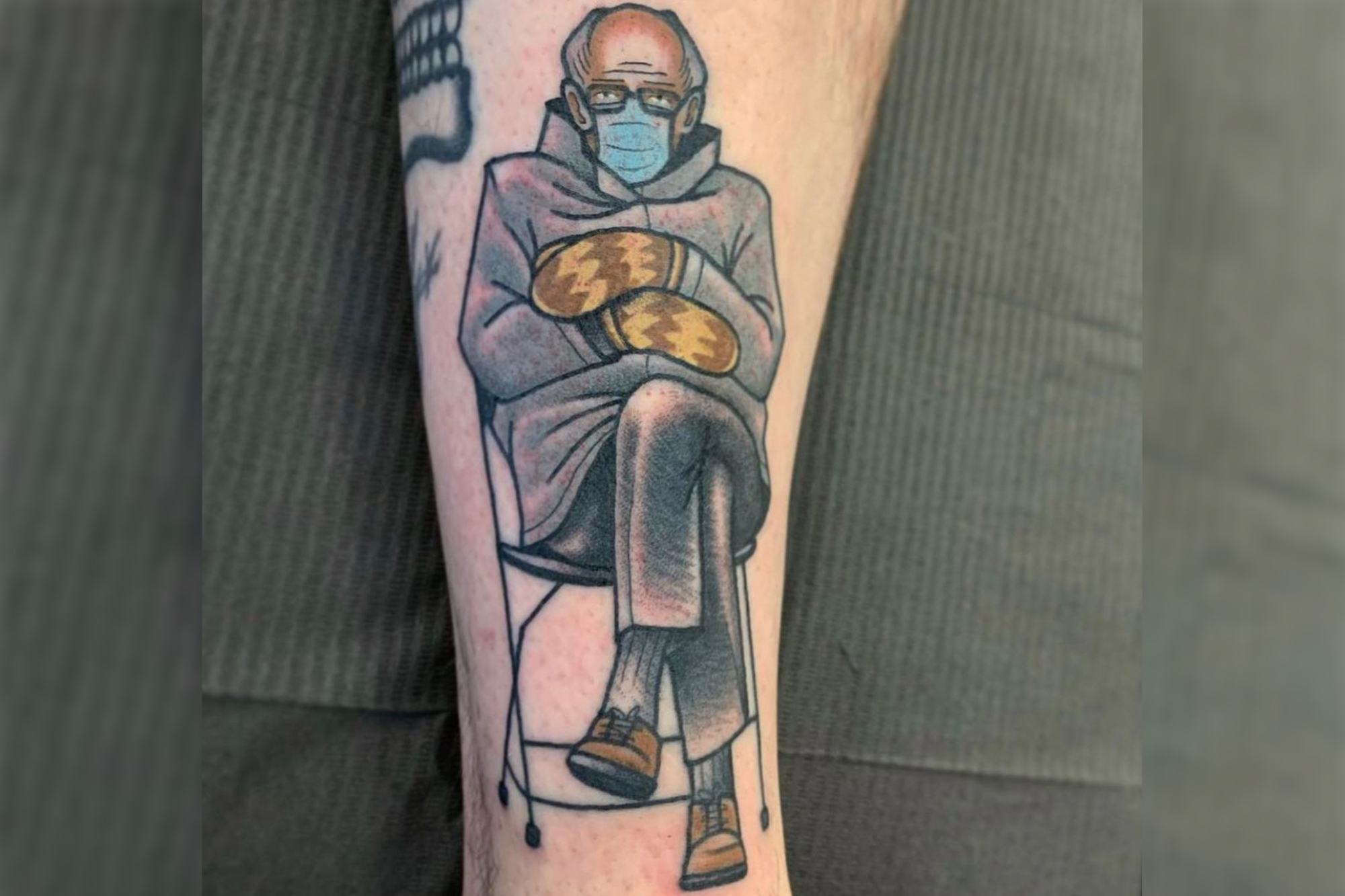 The internet felt the Bern of this meme, and now, so are folks’ follicles.

A photo of Sen. Bernie Sanders sitting cross-legged, masked and mittened at the Jan. 20 inauguration of President Joe Biden and Vice President Kamala Harris has taken the internet by storm, reaching a unique realm of virality and memeification — with fans even going so far as to get it permanently inked.

“One of my best friends and I jokingly suggested it as a tattoo,” Denver tattoo artist Sam “Samazon” Kuhn told The Post of the inspiration to ink her friend James’ right shin with a large, color ink rendition of Sanders’ bundled pose. “He jumped at the opportunity.”

“Got a weird empty space you wanna fill, put a #bern on it,” Kuhn captioned an Instagram pic of the tat, which depicts the 79-year-old Democrat’s iconic cross-limbed moment.

She has been so inundated with responses to the image, “I have to keep my phone plugged in so the notifications don’t drain my battery,” Kuhn said. Most people are fans of the body art, she added, with feedback being “75% love and support and laughter and 25% rustled jimmies.”

Those who have responded with less than love to the tat ranged widely in their critique and included “the art critic telling me I drew the chair wrong,” as well as a “socialism professor who has spent three straight days arguing and calling people names in the comments,” she said.

Personally, she believes “tattoos are innately silly,” and while some gain meaning with age and perspective, “sometimes it just makes you smile.”

Albuquerque, New Mexico, tattoo artist Rudy Lopez also gave a client ink inspired by the pic. “I had such an extremely fun time transforming one of the greatest humans and now greatest memes in the world into a tattoo,” Lopez wrote about a picture of the black-and-white tattoo.

The photographer who took the original shot of Sanders admits the pic was not his best, but it has clearly hit a nerve online.

“It’s not a great photo, but it is a nice moment,” AFP photographer Brendan Smialowski told Esquire of the shot he captured from a viewing platform around 11:30 a.m. on Inauguration Day. “I think why it’s successful has very little to do with my actual picture, but more to do with Bernie Sanders and his followers and his well-defined image that can carry something like this.”

Sanders, meanwhile, said he’s been enjoying the lighthearted virality and the merch opportunities it’s presented. “Not only are we having fun but what we are doing here in Vermont is we’re going to be selling around the country sweatshirts and T-shirts,” he said on CNN’s “State of the Union.”