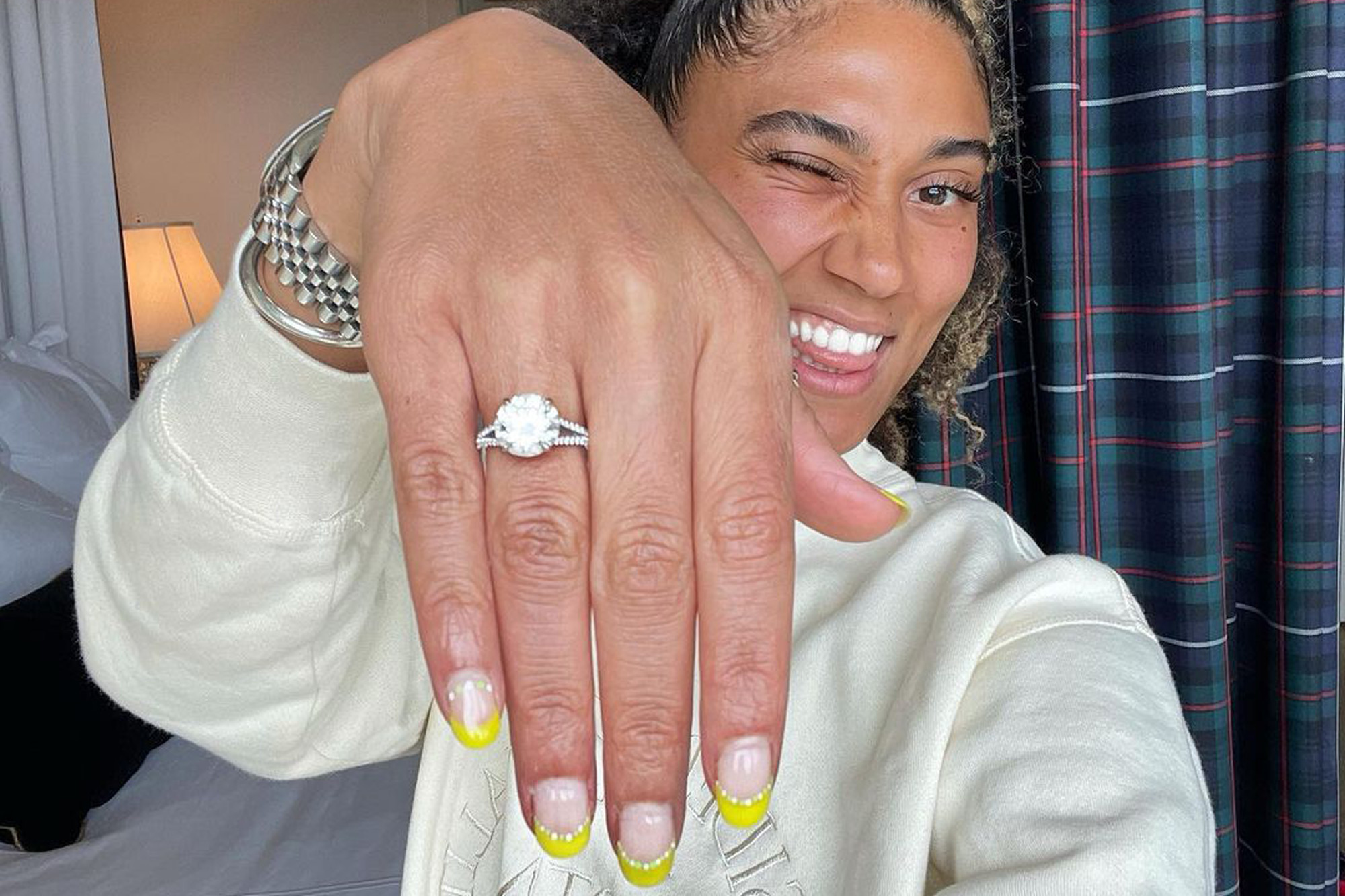 Ally Love is still over the moon about being engaged to longtime boyfriend Andrew Haynes.

The Peloton instructor, was announced her engagement to Haynes earlier this month, recently told The Knot how her future husband had a hand in creating her custom sparkler.

“The ring is cool. It’s quite special because he designed it himself,” Love said.

“But more importantly, it was that day, the conversation that we had prior to him bringing out the ring and getting on his knee and asking, ‘I want to spend the rest of my life with you. Will you marry me?’” she explained.

With the assistance of Danny Mikhay of New York’s Luxury Watch Collective, Haynes eventually presented Love with a solitaire diamond on a pavé diamond band that also features a double shank.

The center stone, per The Knot, appears to between 4 and 5 carats.

“Danny advised him on what’s best and he learned all things about diamonds and clarity and I sincerely had no idea,” Love explained. “He tells it better than I do. He picked out the diamond, the cut [and] the band, which has diamonds.”

Love, who recently showed off the sparkler on Instagram, also spoke about what a ring symbolizes to her.

“When we first started dating, we’ve been together nine years… I discussed what kind of ring I might want,” Love said.

“I might have alluded to something, but I don’t remember exactly. I remember Andrew saying, ‘You don’t know what you want just yet.’ The ring is a symbol of the connection or your love, as a physical representation, and it should reflect the love itself and where you are in life,” she added.