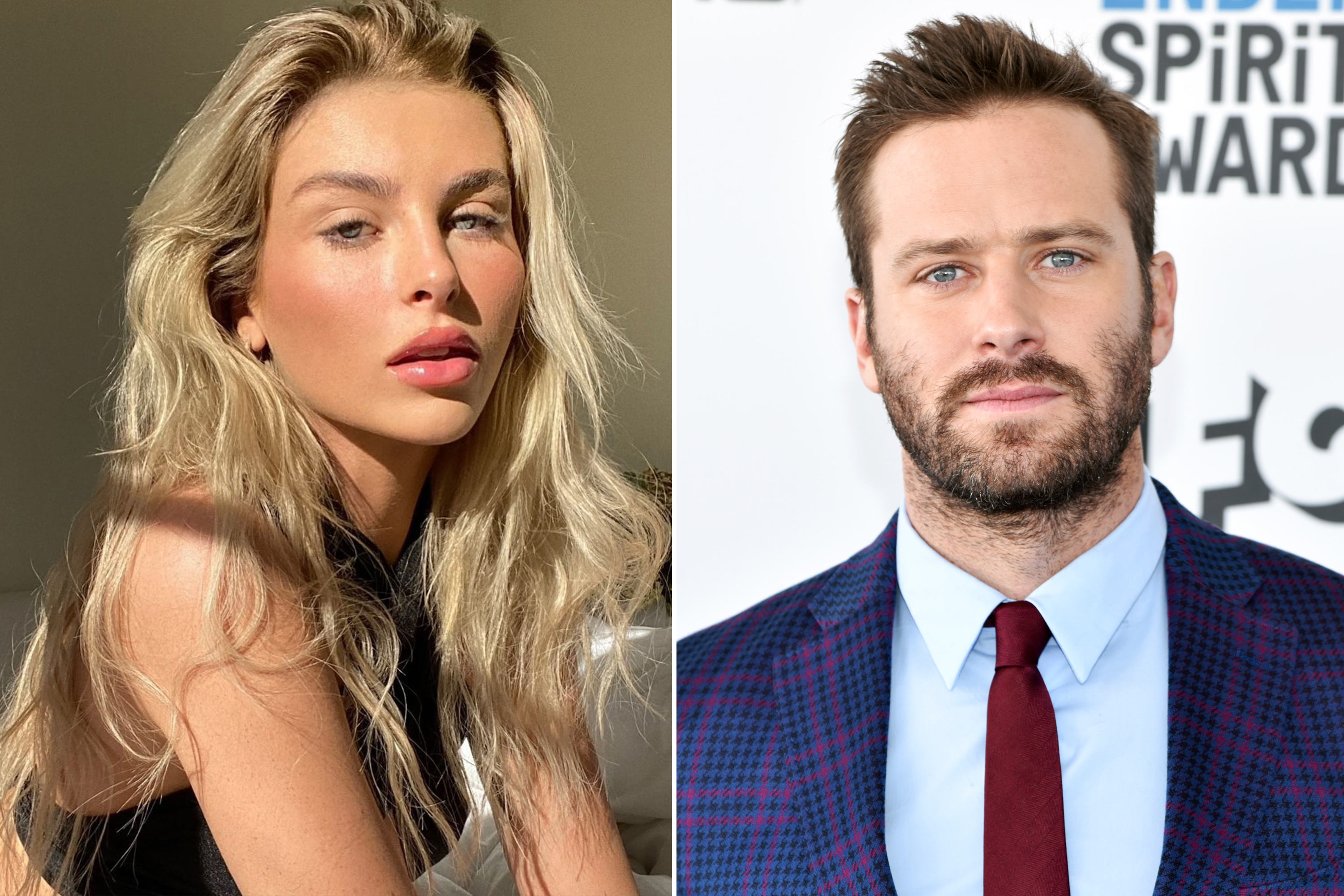 Armie Hammer’s ex, Paige Lorenze, claims the actor’s mother once told her he has “demonic behaviors.”

During a new interview on “The Dr. Oz Show,” which airs Friday, host Dr. Mehmet Oz asks Lorenze — who has accused Hammer of branding her with a letter “A” — whether mom “or [other] members of the family heard things about him?”

“Well, she never specifically said anything to me because I don’t think she wanted to assume,” Lorenze, 22, began. “But she literally just said things like, ‘he has demonic behaviors, the devil was trying to take him,’ things like that,” Lorenze claimed.

She added, “I didn’t grow up extremely religious, so that was a little bit out of touch for me, but I did get a feeling from her like she knew that he had a very, very dark side.”

Reps for Hammer did not immediately return our request for comment about the forthcoming Dr. Oz interview. Calls to a number registered to a woman matching Hammer’s mother’s name — Dru Ann Hammer, née Mobley — were not returned.

In July 2020, Hammer reportedly tweeted — and then deleted — a statement about waking up in the early hours of the day to his mother “pouring oil on my head and praying very loudly in tongues while standing over my bed so she could get the ‘demons out’ of me.”

That story — and Lorenze’s anecdotes — appear to track with Dru Ann’s history. According to a lengthy feature on the family from the Washington Post in 1996, Dru Ann, a personal fitness instructor from Tulsa, met Armie’s father Michael on a flight in 1985 and they married five months later in an alcohol-free wedding at a Methodist church in her hometown. Michael converted to Christianity after meeting her and began directing money away from the art and educational programs his father — Occidental Petroleum owner Armand Hammer — had supported and toward evangelical groups.

The Oz clip is but one more thread in the evolving tapestry that is our alleged understanding of Hammer, 34, with several being provided by Lorenze, a college student who dated the “Social Network” star for four months last year. She told Page Six in January that Hammer allegedly enjoyed engaging in knife play, during which “he would cut off underwear or bras and use the knife and put it all over my body.” He allegedly carved the letter “A” near her vagina.

Early in February, she shared alleged screenshots of an Instagram conversation between her and Hammer, in which he vowed to make “[her] my perfect little slave.”

Hammer recently stepped away from two major projects as a result of the scandal arising after the allegations leveled by Lorenze and Courtney Vucekovich — who memorably accused Hammer of wanting to barbecue and eat her. Another source recently claimed to Page Six that Hammer was responsible for a bruise seen on Jessica Ciencin Henriquez’s butt while they were dating. Hammer has generally denied all the allegations against him.

Meanwhile, Hammer is apparently unfazed by the downturn in his fortunes — his agency, WME, also dropped him as a client — and has been seen in the Grand Caymans, “[walking] up and down West Bay Road with no shirt or shoes, without a care in the world,” a source recently told Page Six.

“Always boisterous and obnoxious and full of himself …It’s quite horrifying, to be honest.”