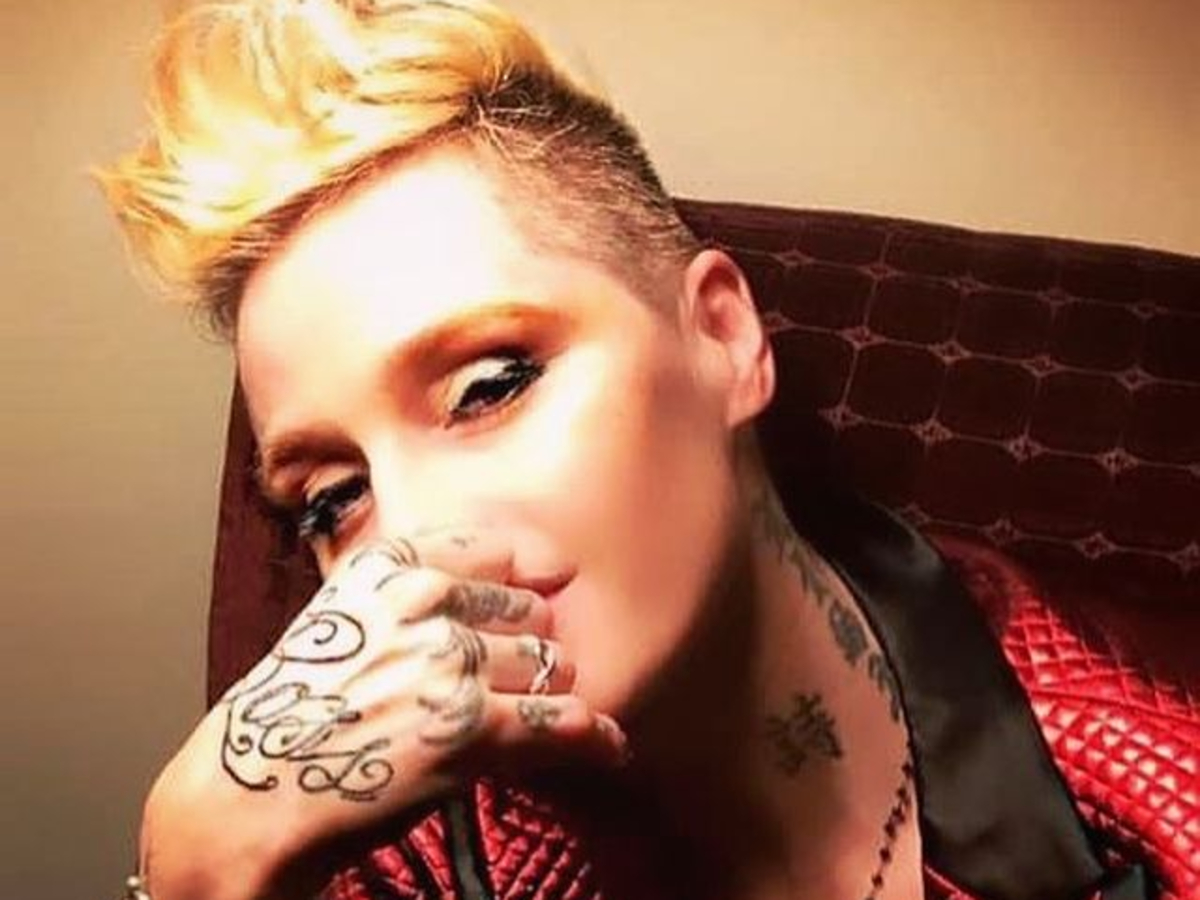 Otep Shamaya is speaking out on what she says is her first-hand knowledge of the alleged abuse that Marilyn Manson committed against his wife, Lindsay Usich. On February 1, 2021, Evan Rachel Wood, Gabriella, Sarah McNeilly, Ashley Walters, and Ashley Lindsay Morgan. Though Marilyn Manson released a statement denying the allegations, his wife, Lindsay Usich, has remained silent on the subject. Now, rumors are flooding social media saying that Lindsay is nothing more than one of his victims and has been psychologically and physically abused for years. Lindsay hasn’t addressed any of the rumors or speculation, but Otep Shamaya chose to speak out on what she witnessed.
Turning to her official Instagram account, Otep Shamaya stated the following.
RELATED: Model Ashley Lindsay Morgan Says Marilyn Manson Would Cut And Burn Her, Was Obsessed With Nazi Memorabilia

I was a HUGE fan of his. I even wore his shirt on Ozzfest when ppl were blaming him for Columbine. And I’ve met him many times. We have mutual friends including Gene Simmons son, Nick Simmons. Manson even told one of my fans he was afraid of me after SEVAS TRA was released which I took as a HUGE compliment.
But then I dated a woman who was friends with his current wife Lyndsay (and her twin sister – who’s married to James Iha of A Perfect Circle) and Lyndsay used to call our house In the early hours & I was told she was hysterical bcz he was on another drug binge, threatening her life, throwing knives at her that stuck in the wall & verbally assaulting her. We offered many times to have her come to mine bcz he would NEVER come face ME with that bullshit (believe it) but sadly she wouldn’t leave him. So, my ex would be calm and talk her down until Manson realized she was on the phone and he whoa’d down.

Though Otep’s experience is second-hand information and may be considered inadmissible hearsay in a court of law, it is speaking volumes in the court of public opinion.  Otep went into full depth of what she witnessed when her girlfriend spoke to Lindsay on multiple occasions after she had allegedly been in physical altercations with Marilyn Manson.
RELATED: Marilyn Manson Releases New Video For God’s Gonna Cut You Down As Singer’s Acting Career Picks Up With American Gods, The Stand And The New Pope
You may see Otep’s full statement below.

The Super Bowl commercials of 2021: Watch the good, bad and ugly
The long history of Larry King’s women and the money he left them
Comment