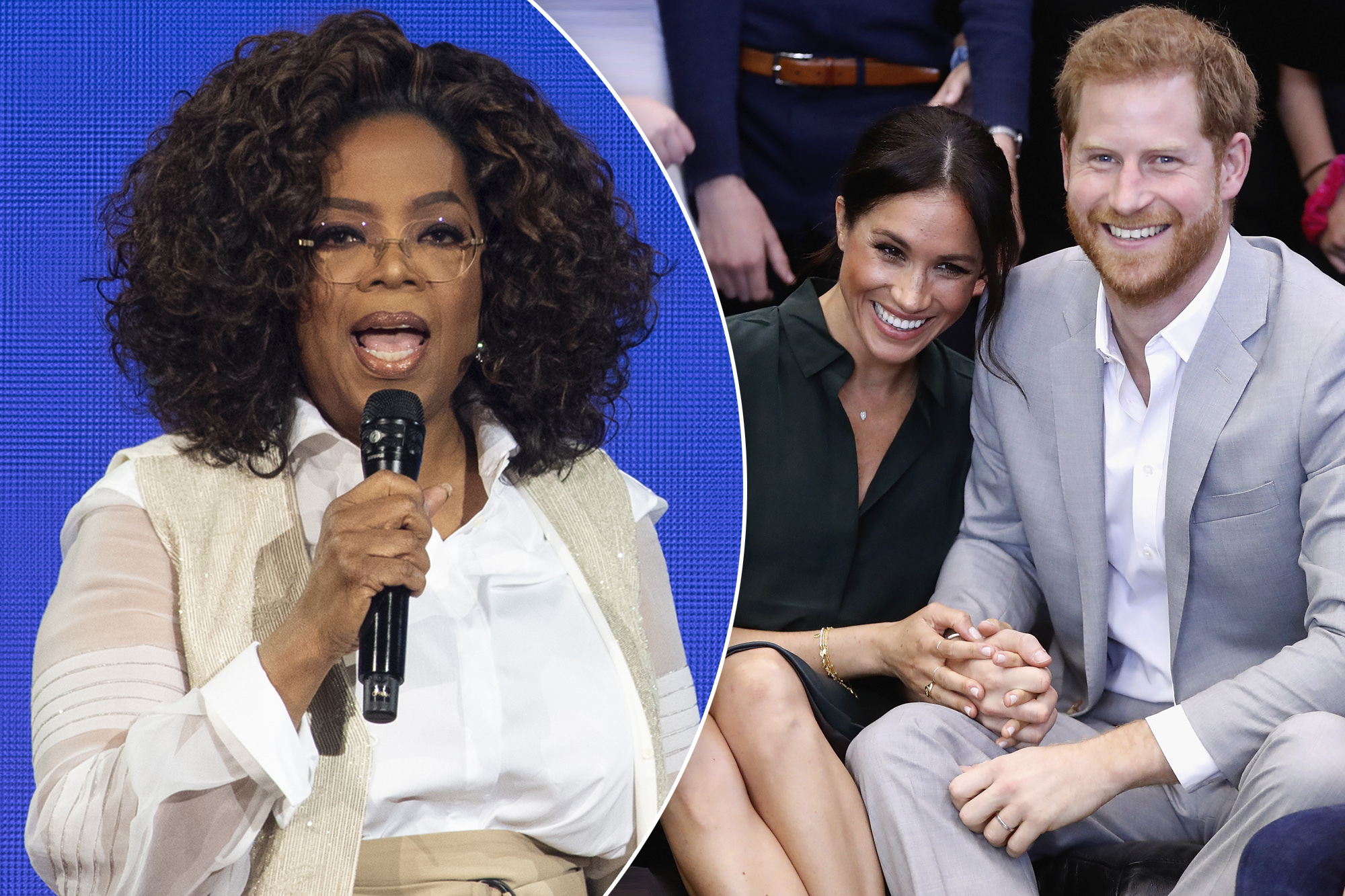 The tea is going to be spilled!

Oprah Winfrey will be sitting down Prince Harry and Meghan Markle for a primetime special interview.

On Monday, CBS announced in a press statement that Winfrey will have what is being trumpeted as “an intimate conversation” with the former royals.

“Winfrey will speak with Meghan, The Duchess of Sussex, in a wide-ranging interview, covering everything from stepping into life as a Royal, marriage, motherhood, philanthropic work to how she is handling life under intense public pressure,” the statement reads. “Later, the two are joined by Prince Harry as they speak about their move to the United States and their future hopes and dreams for their expanding family.”

The exciting news comes on the heels of Harry and Meghan’s big announcement that she is expecting the couple’s second child.

The 90-minute special will air on CBS on Sunday, March 7.

Winfrey is an obvious choice for the couple to speak to. The media titan was a guest at their May 2018 wedding and they both live in the ritzy Montecito neighborhood in Santa Barbara, California. She also gifted young Archie with the book “Duck! Rabbit!” that Markle read to her son in a video released to celebrate the tyke’s first birthday last May.

In December, Winfrey shared an Instagram video unpacking a “basket of deliciousness” of Clevr Blends treats from “my neighbor M” who turned out to be Markle.

It was later revealed that the former “Suits” actress had invested in the female-led wellness firm.

Winfrey has also joined forces with Prince Harry for a mental health docuseries for Apple TV+, which as of yet does not have an air date.