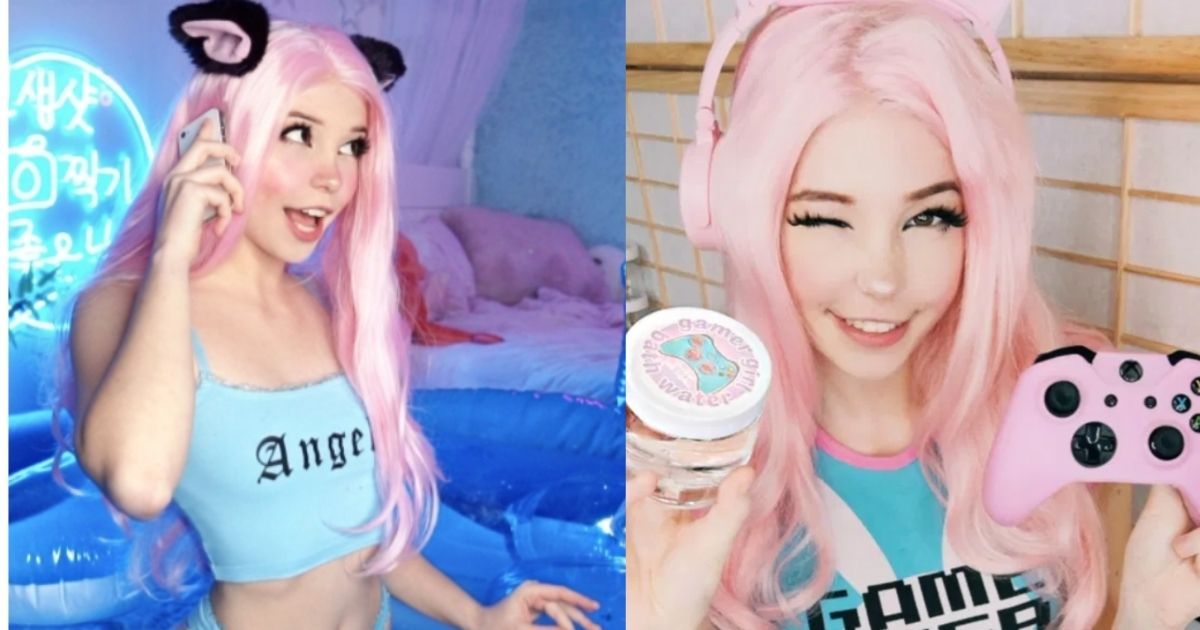 Internet famous adult model Belle Delphine is reportedly clearing well over $1 million a month from her fans on OnlyFans, according to a new report. According to Insider, OnlyFans model Belle Delphine, 21, shared a screenshot of her November OnlyFans earnings that showed she makes $1.2 million a month from the platform.Delphine noted that she will continue down the road for as long as it’s profitable, noting that her success on OnlyFans is not the norm by any standard.“People can see me and see my numbers and think, ‘Oh, she’s doing really well so that means I can do really well,’” Delphine said in an interview with Insider. “For every one successful girl you see, there are thousands of other girls working really hard and not earning anything.”In June 2020, Belle Delphine announced in a viral YouTube video that she planned to make a “big bag” — slang for a lot of money — on OnlyFans.Porn star Belle Delphine makes $1.2 million in a month from OnlyFans, and she plans to ‘milk’ her fans for moreThe outlet notes that Belle Delphine is as much of a provocateur as she is an adult model for OnlyFans.She’s best known for selling “gamer girl bathwater” for $30 a jar, a stunt that got her permanently banned from Instagram back in 2019. ••••••••••••••••••••••••Download the Knewz AppiOS: https://knz.kn/iosAndroid: https://knz.kn/android••••••••••••••••••••••••When she started out on OnlyFans, she first only sold content that was semi-nude or partially censored. She released more explicit porn in late 2020.According to The Daily Star, Delphine first rose to fame on Instagram and on YouTube and the followings she built on those platforms are the likely reason why she is earning millions on OnlyFans today.The gamer turned her mind to pulling in cash and started selling everything from her own bathwater to used condoms.Porn star Belle Delphine earns $1.2m on OnlyFans monthly after selling bathwater to fansBelle Delphine has said if her X-rated OnlyFans model content stops performing well, she would probably turn to another online platform like Twitch to live-stream to earn money another way. According to The Sun, the model was born in South Africa but lives in the U.K. today. She has said in the past she found fame “somewhere between porn and modeling.”Delphine was briefly suspended from YouTube for her antics, but later saw her account restored in 2020. Belle also successfully sold “GamerGirl Bath Water” to her fans for “sentimental purposes.”Who is ‘gamer girl’ Belle Delphine and why is her Twitter trending?OnlyFans model Belle Delphine ran into trouble recently after a set of saucy photos she shared on Twitter of her bound up and gagged led to accusations of “promoting rape.”For her part, Delphine refused to apologize and defended the photo choice.“There is nothing wrong with enjoying powerplay and BDSM where both people are consensual,” she said.“I think saying because I enjoy consensual non-consent is promoting rape, is the same as the argument that violence in video games promotes violence, I made it very clear in the caption of my photo, and anything written about it that I was enjoying it and that is was consensual, I never said the word rape, or anything against my will.”“This is what other people have put onto it. I enjoy the idea of being tied up and used (with my consent, obviously),” Belle Delphine, Gamer Girl, continued.‘Gamer Girl’ YouTube star Belle Delphine refuses to apologize for racy kidnap pictures ‘promoting rape’