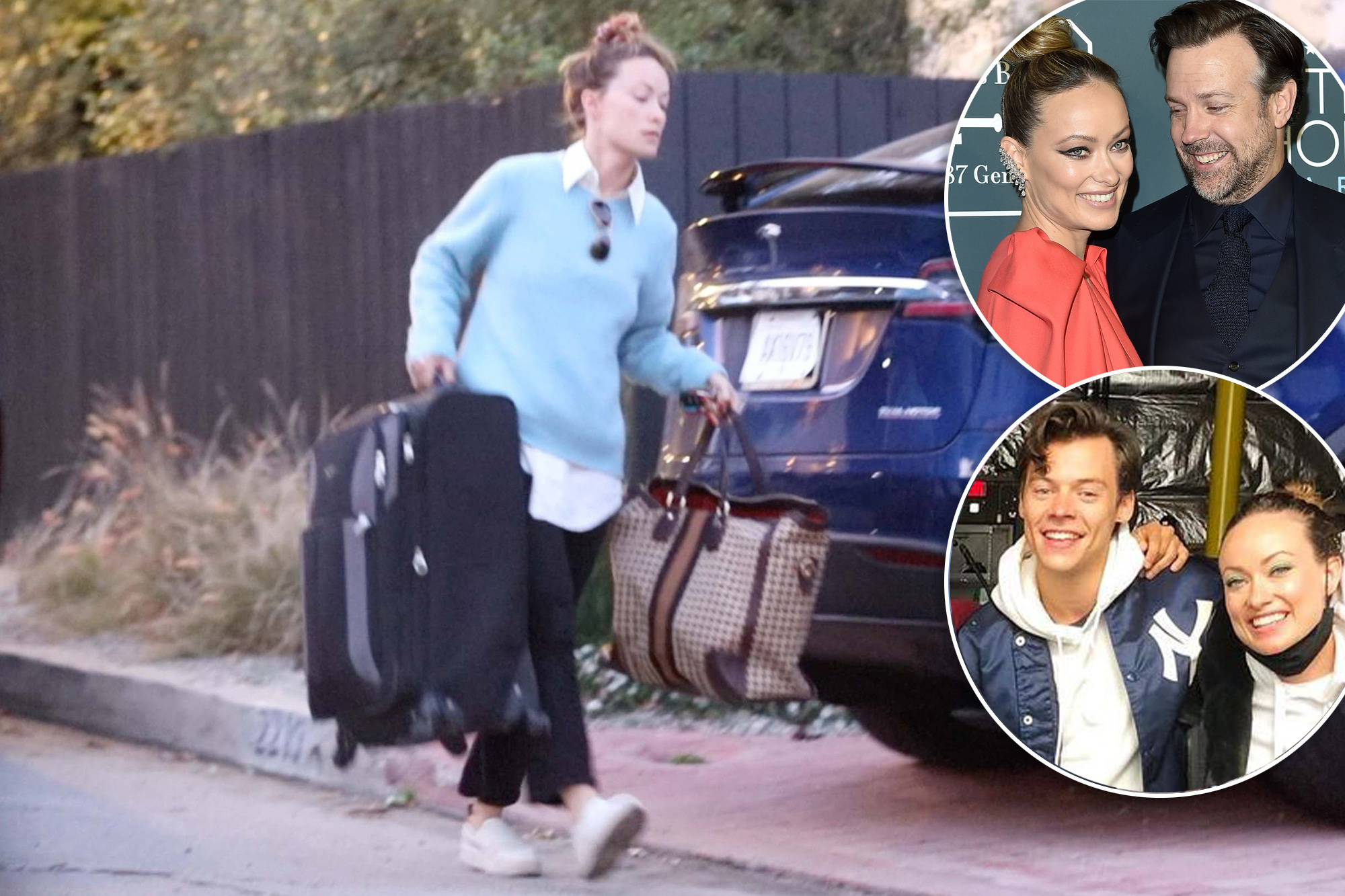 Olivia Wilde has some serious baggage.

The “Booksmart” director was spotted moving multiple suitcases from the home she used to share with ex-fiancé Jason Sudeikis into Harry Styles’ house on Valentine’s Day.

Olivia Wilde was seen moving her belongings from the home she shared with ex-fiancé Jason Sudeikis’ home to Harry Styles’ home on Valentine’s Day.MEGA; Getty; Instagram

A source told Page Six that 36-year-old Wilde was seen packing luggage into her car at the LA residence of Sudeikis, 45. The exes, who share two children together, purchased the Silver Lake home in 2019, according to Variety.

She was then seen unloading her luggage at 27-year-old Style’s Hollywood Hills abode later that day. Styles and Wilde were photographed together at the same property in February.

Reps for Wilde, Styles, and Sudeikis did not immediately respond to our request for comment.

Olivia Wilde was seen outside of Harry Styles’ home with her luggage.007 / MEGA

Page Six exclusively reported in January and Wilde and Styles were dating after the pair attended his agent Jeffrey Azoff’s wedding together. Days later, they were photographed showing PDA while out with friends in Santa Barbara, Calif.

The pair reportedly met on set of the upcoming film “Don’t Worry Darling,” which Wilde is directing and Styles stars in. The cast wrapped filming over the weekend, according to Florence Pugh, who also stars in the movie.

A source told Page Six in January that the former One Direction member was the reason behind Wilde’s split from the “Saturday Night Live” alum.

We reported in September 2020 that Sudeikis and Wilde called off their engagement of seven-plus years.

However, the exes have remained friendly and will continue to co-parent 6-year-old Otis and 4-year-old Daisy.