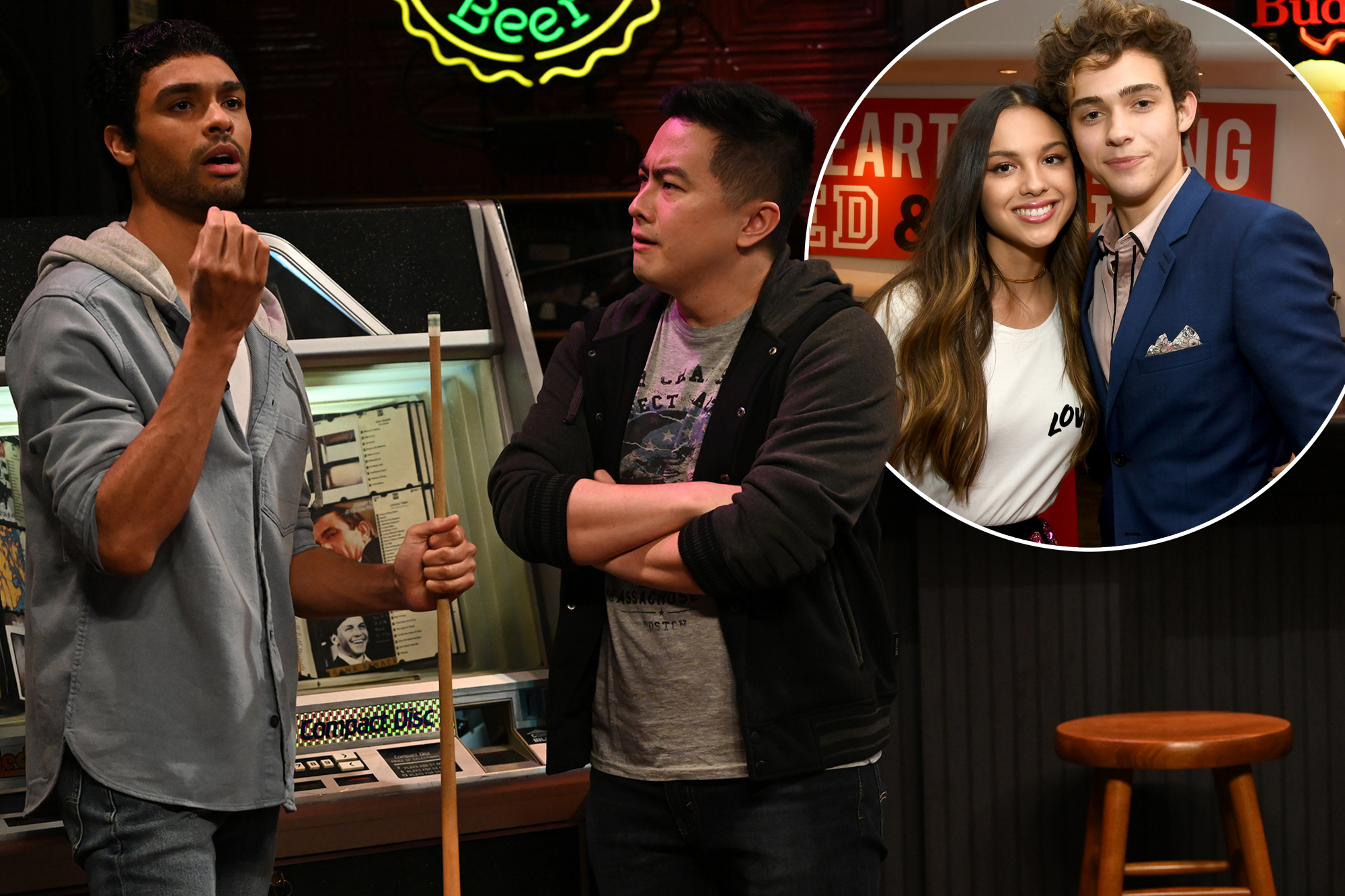 Fans of the Disney+ original show “High School Musical: The Musical: The Series” have been following the teen gossip surrounding Rodrigo’s hit single “Drivers License,” which they believe was inspired by an alleged love triangle between her and show co-stars Joshua Bassett and Sabrina Carpenter.

Never a franchise to miss a trending moment, “Saturday Night Live” dropped a ha-ha homage to Rodrigo’s viral tune over the weekend — only, it was set in a pool hall, with grown men engaging in the high drama of it all.

The singer herself took notice of the bit — and not just because if featured “Bridgerton” heartthrob Regé-Jean Page. The latest “SNL” episode aired on the same day as Rodrigo’s 18th birthday.

Confused yet? Well, Rodrigo first shared her hit song on Jan. 4. Later that day, Bassett hyped his new single “Lie Lie Lie” on Instagram, “right after Liv,” as one fan pointed out.

Rodrigo and Bassett, who play Nini Salazar-Roberts and Ricky Bowen in “HSMTMTS,” respectively, were an on-screen couple before they were also linked offstage, entertainment outlets reported. But that didn’t last long, apparently. In August, Rodrigo shared a video on TikTok captioned, “And that’s on failed relationships,” along with the song “All I Want” from the series’ original soundtrack. Fictionally, the song was written by Paige for ex-lover Ricky.

But fans quickly began to speculate it was inspired by real life.

That’s where Carpenter, 21, also known as Maya Hart from the Disney reboot “Girl Meets World” comes in. It was rumored that Carpenter and Bassett began their romance after Rodrigo and Bassett split sometime last year. While these reports remain unconfirmed, Bassett and Carpenter appear to be getting comfortably kooky in a recent TikTok in which they were dressed as Sharkboy and Lavagirl, of the 2005 flick “The Adventures of Sharkboy and Lavagirl.”

Still confused? Well, it gets more complicated: Carpenter released her own reported smack track, “Skin,” amid the drama. Alas, this is not the first pop diva feud to seduce the pop culture masses — and it surely won’t be the last.

Paris Hilton’s Fiancé Shares What He Loves And Hates About Her!
Who didn’t fall for Matt James?
Comment