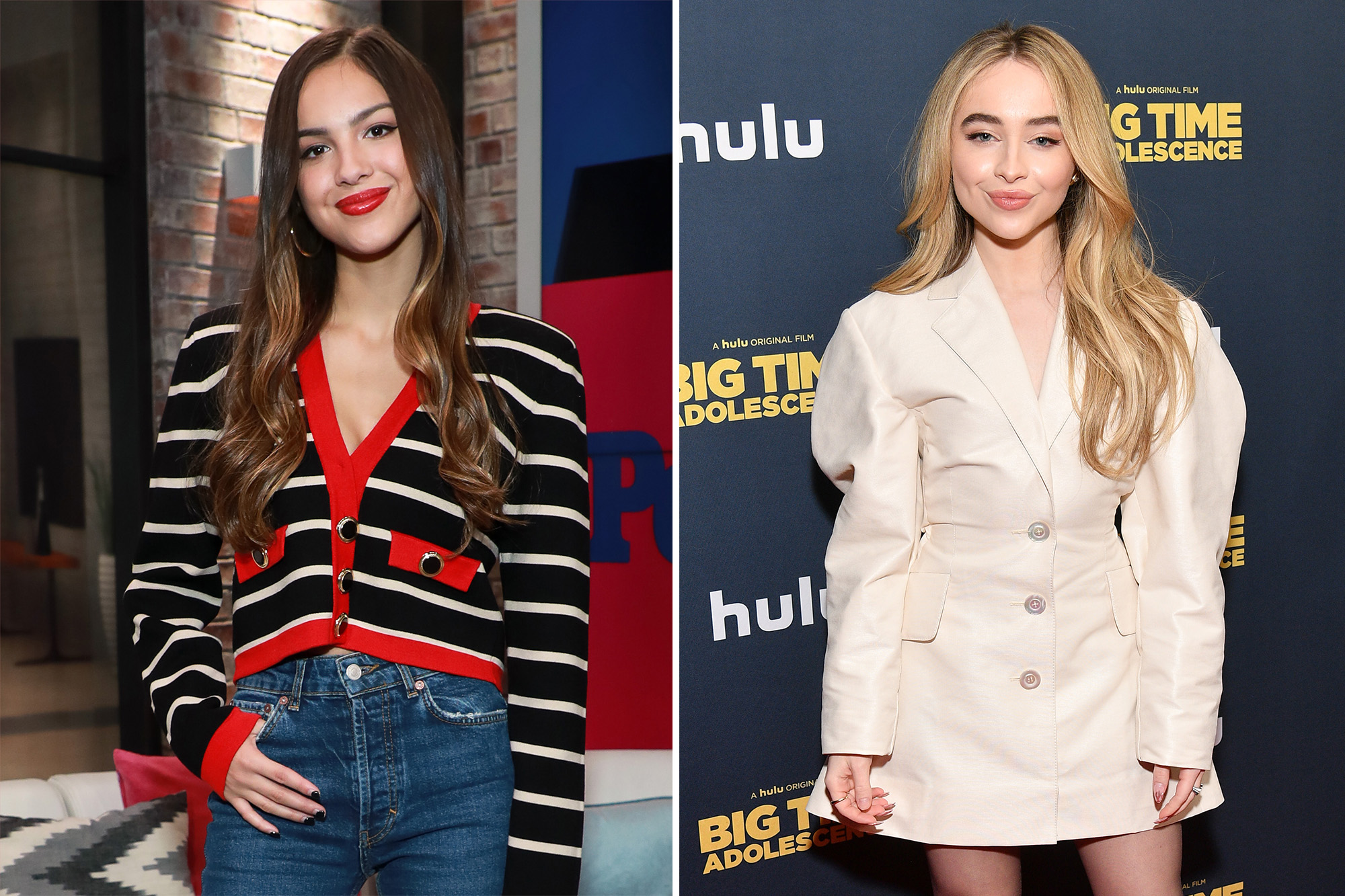 Mickey is surely not happy about the drama going down between Disney Channel princesses Olivia Rodrigo and Sabrina Carpenter.

First, “High School Musical: The Musical: The Series” star Rodrigo, 17, released her current No. 1 hit “Drivers License,” which addresses her split with co-star Joshua Bassett and his rumored new romance with Carpenter: “And you’re probably with that blond girl/ Who always made me doubt/ She’s so much older than me/ She’s everything I’m insecure about.”

Now the former “Girl Meets World” actress has appeared to clap back in her new single “Skin”: “Maybe you didn’t mean it/ Maybe blond was the only rhyme,” she sings.

But they aren’t the first ladies to go from chart fights to catfights. Here, a look back at some of the biggest pop diva feuds, from Cher and Diana to Mariah and J.Lo.

Diana Ross (left) and Cher won’t be turning back time with a reconciliation in the near future.Harry Langdon/Getty Images, Anthony Barboza/Getty Images

Back in the day, these pop goddesses were Bob Mackie-rocking BFFs ruling Studio 54 together. But their relationship turned upside down when, after Cher told then-beau Gene Simmons to get Ross to help pick out her Christmas gift, things turned romantic between the Motown legend and the Kiss rocker. There was no turning back time for the ex-besties after that.

In the ’80s and ’90s, these dueling dance-pop queens battled for chart supremacy and MTV domination. And there was no love lost between them. That was never more clear than when Madonna threw shade at her red-hot rival in her 1991 “Truth or Dare” movie after one of her dancers said that her outfit looked “very Janet Jackson ‘Rhythm Nation.’” Not amused, the Queen of Petty snapped, “Bite your tongue.”

During a 2001 interview on German TV, Mimi famously dissed Jenny from the Block, uttering the classic comeback, “I don’t know her,” when asked about the singer-actress. J.Lo would later say that MC was “very forgetful.” The bad blood all goes back to a song sample that Carey’s ex-husband Tommy Mottola — then head of Sony Music — gave to Lopez after Carey was already planning to use it for her single “Loverboy.” Suffice to say, this is one diva duet that will never happen.

These two pop powerhouses started out as chart-topping chums. But things got a little complicated after Perry started dating Swift ex John Mayer. They really fell out, though, when some dancers hired for Swift’s “Red” tour jumped ship and joined Perry’s Prismatic trek. A pissed-off Swift declared that they were now “straight-up enemies,” and wrote her 2015 hit “Bad Blood” all about it. But they’ve since put their beef to rest, with a hamburger-costumed Perry appearing in Swift’s “You Need to Calm Down” video in 2019.

Nicki Minaj vs. Cardi B

Nicki Minaj and Cardi B. kicked off a fierce feud in 2018.Max Lakner/BFA, John Salangsang/BFA.

Female rap rivalries go all the way back, from Roxanne Shanté and the Real Roxanne to Lil’ Kim and Foxy Brown. But the fiercest feud of the ’10s has been between Nicki and Cardi. The gloves — make that, the heels — really came off when Cardi threw her shoe (an Elie Saab platform sandal, to be exact) at Nicki during a Harper’s Bazaar Fashion Week party in 2018. But it was the “WAP”-er who ended up with a lump on her head as she was escorted out.