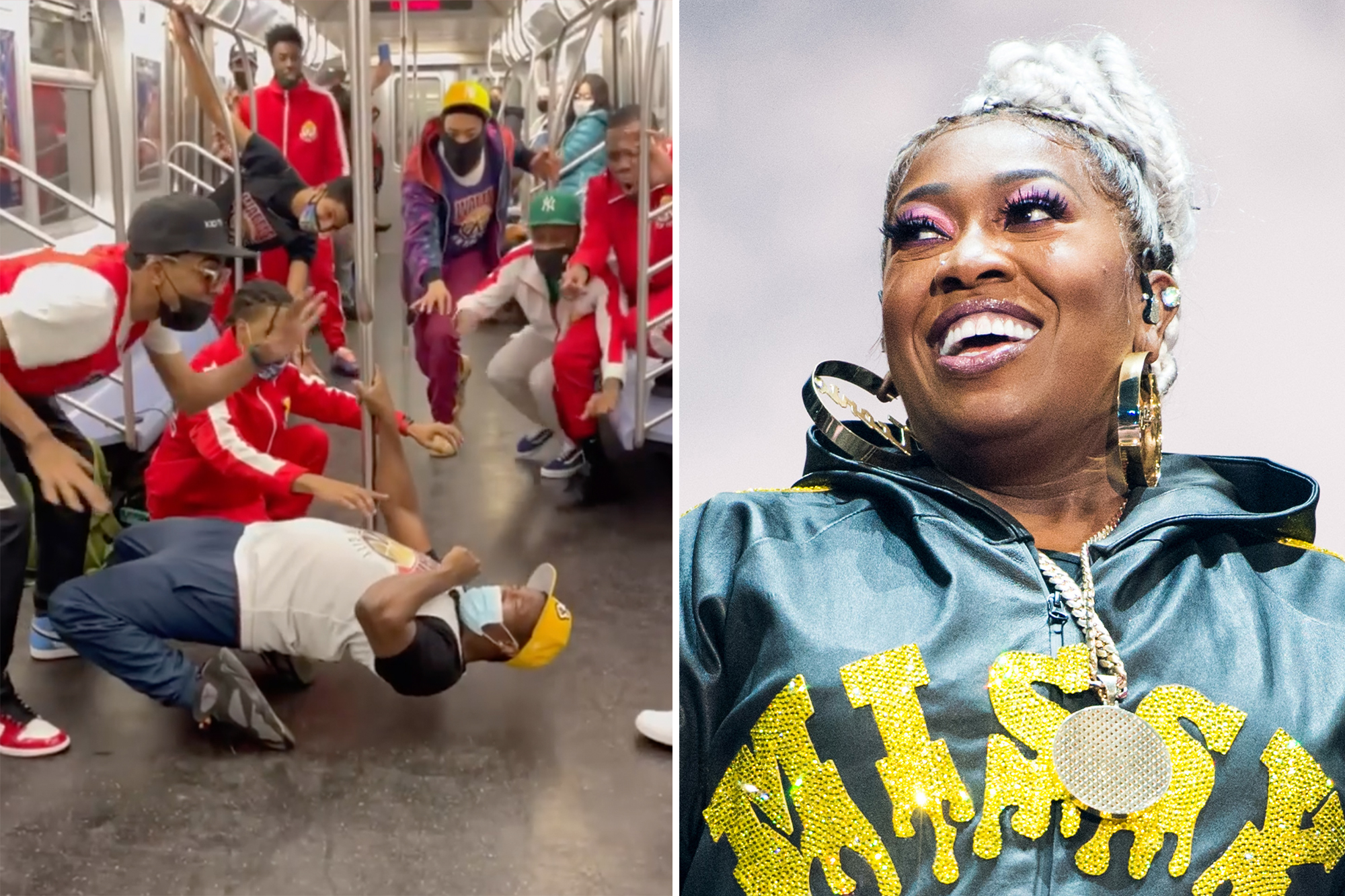 An off-the-rails dance performance on a New York City subway is making major stops all over social media timelines.

Popping, locking and Matrix-style dropping to Missy Elliott’s 2013 “Lose Control,” dance troupe W.A.F.F.L.E Crew — which stands for “We Are Family For Life Entertainment” — is putting online onlookers in a good mood groove.

“This video so much energy I was hyping them up through my phone,” Elliott, 49, tweeted alongside a clip of the killer choreography.

“They SNAPPED Hard! I Love seeing so many of yall dance to my songs! I loved me some yall.”

In the viral video, which has demanded a digital audience of over 730K on Twitter alone, each member of the eight-man squad takes a turn showing off their fancy footwork on the moving locomotive.

While some guys slay their signature shimmy and shake, others savagely showcase their skills by swinging from the handrails and poles.

“Lose Control” This video so much energy I was hyping them up through my phone😂🤣 but they SNAPPED Hard!🔥 I Love seeing so many of yall dance to my songs! I loved me some yall🤗💜 pic.twitter.com/RxDBf1OAmC— Missy Elliott (@MissyElliott) April 4, 2021

The badass boogying hits a fever pitch right around the 55-second mark of the nearly two-and-a-half-minute clip when one dancer bends over backwards with his body suspended mere inches from the subway floor.

His jaw-dropping jig is a nod to pop singer Ciara, who notably nailed the contortionist-like move in a number of routines, and whose vocals are featured on Elliott’s 2013 throwback track.

Fans of the underground gyrators let their fingers dance across Twitter keyboards, cheering on the W.A.F.F.L.E Crew and their mind-blowing moves.

“The way they hype each other up, such amazing energy to pair with a track that will always be [fire],” one cyber-cheerleader tweeted.

“1st, that was amazing to watch, I could watch it over and over. 2nd, I wish I could do 1/10th of that. 3rd, anyone else hoping the car floor was just cleaned before they started dancing?” another cleanliness-conscious fan wrote.

As for the boys in the band, they’ve been busy taking their talents from the train to Time Square.

Dr. Oz is a ratings loser for ‘Jeopardy!’ after controversy
Is Britney Spears Trying To Get Pregnant With Sam Asghari’s Baby?
Comment