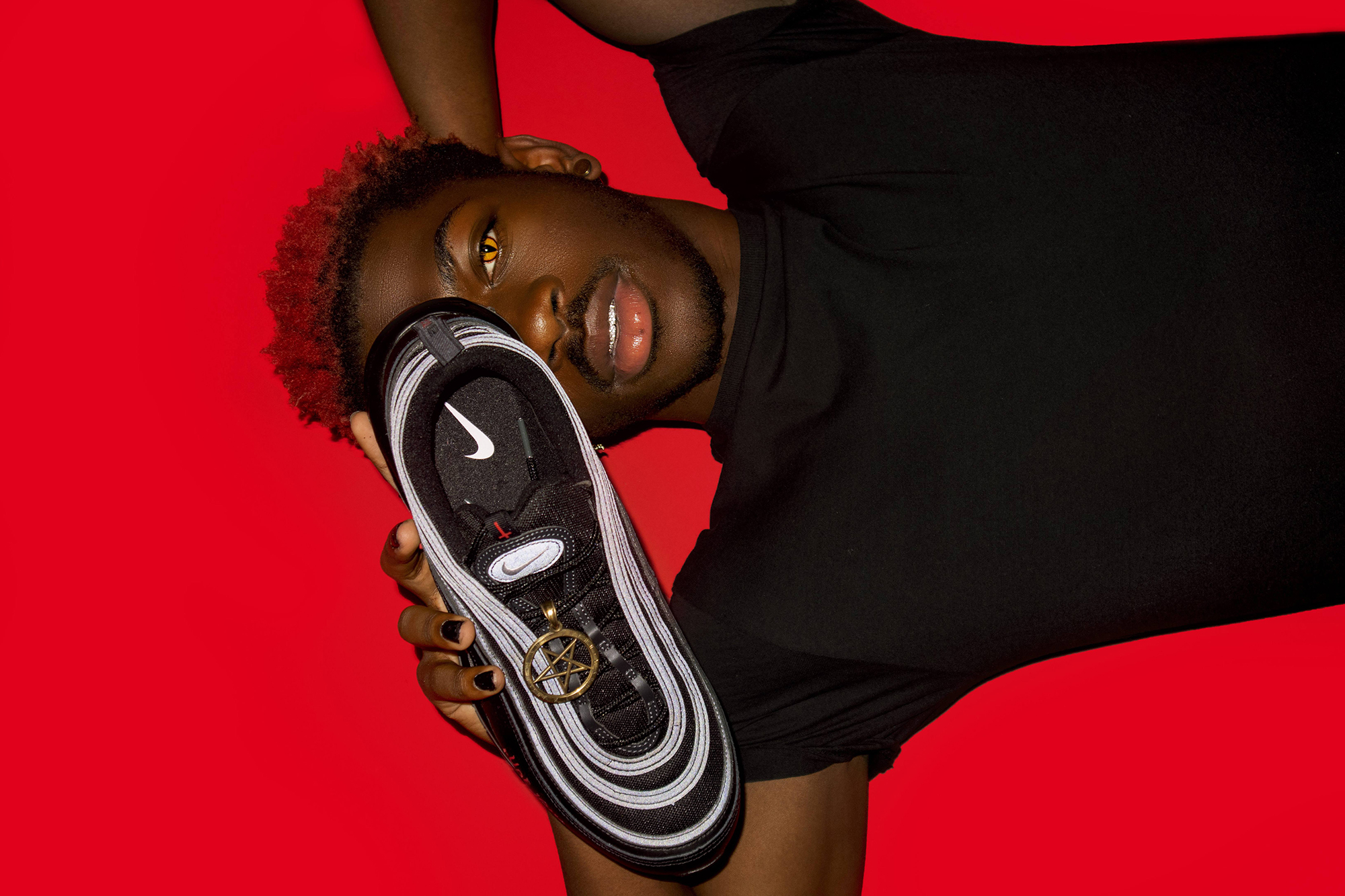 Nike is having a devil of a time with Lil Nas X’s blood-infused sneakers.

Nike made the extreme request in a lawsuit against MSCHF, the creative agency that designed the custom Air Max 97s that were released in a limited edition of 666 pairs alongside Lil Nas X’s new single, “Montero (Call Me By Your Name).”

Nike blames Brooklyn-based MSCHF for the conservative backlash against the iconic footwear brand that followed the launch of the shoes, which are decked out with pentagram pendants, inverted crosses and soles which supposedly contain a drop of human blood.

“In the short time since the announcement of the Satan Shoes, Nike has suffered significant harm to its goodwill, including among consumers who believe that Nike is endorsing satanism,” Nike said in its complaint filed Monday in Brooklyn federal court.

The Oregon-based company included screenshots of online comments from shoppers saying they would never buy Nike products again because of the devilish drop, which one person called “pure evil.”

The custom-made Nike shoe modeled by Lil Nas X shoe is said to contain a drop of human blood.Courtesy of MSCHF/MEGA

Nike quickly distanced itself from the shoes after the project became public, but some consumers apparently didn’t buy the company’s claims that it wasn’t involved because the sneakers were stamped with its signature swoosh logo.

The custom Air Max 97s were released in a limited edition of 666 pairs alongside Lil Nas X’s new single, “Montero (Call Me By Your Name).”UnderWonder Content

While the Satan Shoes are made from actual Nike sneakers, the company argues that MSCHF doctored them in such a way “that they constitute new, unauthorized products.”

The complaint seeks a court order forcing MSCHF to hand over the shoes — which sold out in less than a minute for $1,018 a pair — to Nike “for destruction” and barring the irreverent firm from selling or shipping any of them. Nike also wants MSCHF to pay financial damages for harming its brand.

Nike quickly distanced itself from the shoes after the project became public.Courtesy of MSCHF/MEGA

MSCHF did not immediately respond to a request for comment Tuesday. But several online observers noted that Nike did not react so strongly after MSCHF released “Jesus Shoes” filled with holy water in 2019.

“Did Nike also sue over the Jesus shoes, or is this a targeted lawsuit against a religious minority?” one commenter wrote on Twitter.

The artwork inside the box of the limited edition Satan Shoes.Courtesy of MSCHF/MEGA

“These didn’t sell out in less than a minute because they’re nikes, they sold because of the unique customization along with Lil Nas X’s name attached to it,” another person tweeted.