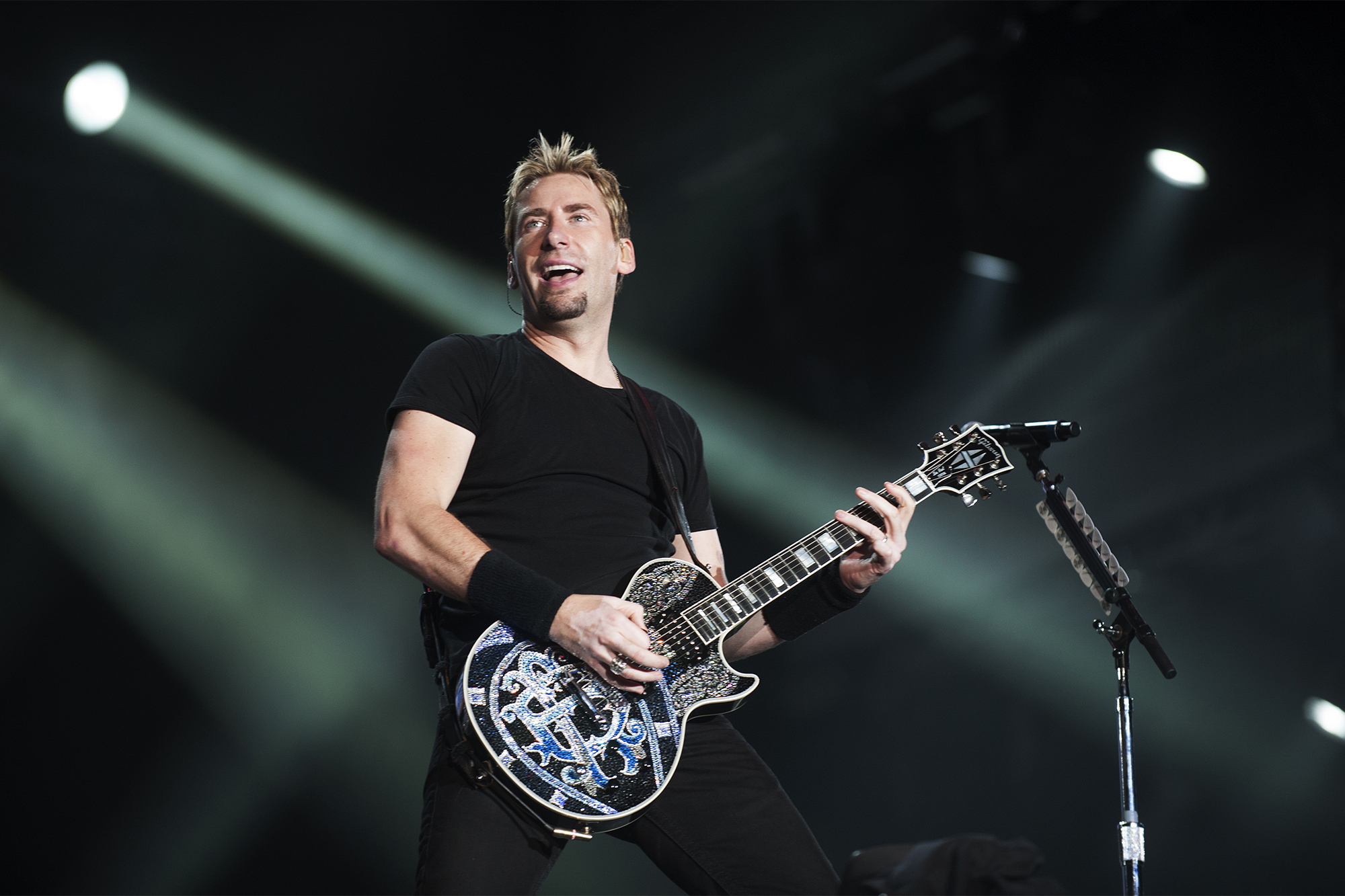 Nickelback fans have had it rough.

First, they’ve had to defend their favorite band from jokesters on the internet who’ve mercilessly mocked the group for years.

Devotees of the Canadian rock group are being contacted by profiles pretending to be band members Chad Kroeger, Ryan Peake, Mike Kroeger and Daniel Adair. Some are looking for love; others money in the form of Bitcoin or iTunes gift cards. None of them are real, but committed supporters respond anyway, on the off chance their celebrity crush is on the other side of the screen.

It’s gotten so bad that in July, the band tweeted out a message to remind followers to keep their guard up. “Friendly reminder that the only official Nickelback Twitter account is right here, along with Mr. @TheDanielAdair,” they wrote. “Look for the blue checkmark to know it’s the real deal on all social networks. Report any accounts that are claiming otherwise.”

Friendly reminder that the only official Nickelback Twitter account is right here, along with Mr. @TheDanielAdair. Look for the blue checkmark to know it’s the real deal on all social networks. Report any accounts that are claiming otherwise. We hope you all are safe and well!— Nickelback (@Nickelback) July 29, 2020

Queens resident Nicole Godja has been contacted by several profiles pretending to be frontman Chad Kroeger since last year, on Instagram, Facebook and Google Hangouts. She follows the band on their verified Instagram account, and was part of a Facebook fan group, where several other members have been contacted by fake accounts.

“Thank you for following my page and for the love and support you’ve all showered on me and the whole of nickelback team I hope you never stop supporting us and listening to our songs,” a profile with the handle @chad__robert_kroeger_ messaged her in October. (While that account no longer exists, at least a dozen phonies have popped up in its place.)

The translator, 48, was immediately suspicious. “There were red flags,” she told The Post. The account wasn’t verified, it had no profile picture and only 70 followers. Still, she kept up the conversation, curious about the person who had contacted her, whoever it may be. “I had doubts that it would be him, so I asked him basic things about him,” she said. “It didn’t add up.”

One of the many Nickelback memes circulating on the internet.

The account was “flirting with me from the beginning,” and even said that he loved her, said Godja, who is single. “This guy can have any woman in the world,” she said of Avril Lavigne’s ex-husband. “Why would he go online and look for weirdos?”

Kroeger and Nickelback did not respond to requests for comment by press time.

Though Godja said that she never believed she was talking to the real Kroeger, she was in contact with the account almost daily until New Year’s, when she decided to break off communication. The fake Chad wouldn’t send pictures of himself, get on the phone or do a video call with Godja, claiming it was against his manager’s rules to talk to fans.

He’d also tried to solicit money from her: Both the Facebook and Instagram accounts claimed that he needed her to pay nearly $13,000 in Bitcoin so he could ship a trunk he needed to her house, and the Chad on Hangouts wanted iTunes gift cards from her, saying his managers forbade him from “making money on the side,” said Godja. Knowing she was being scammed, she declined.

“I feel like a good rule of thumb is that if somebody is employing a manager, they don’t need your money,” Gabrielle Bluestone, author of “Hype: How Scammers, Grifters, and Con Artists Are Taking Over the Internet—and Why We’re Following,” told The Post. “If it seems too good to be true, it probably is.”

Though it’s unclear why Nickelback fans in particular are being targeted, Bluestone said age may play a role. After launching in 1995, the band’s popularity peaked in the late aughts. “People who haven’t grown up on the internet are a bit more susceptible to scams. Older people in general make better targets for scammers,” she said.

Their devotion to the group is also a key factor: Online fan clubs give scammers “a pool of potential victims that respect the band and want to help them out,” she said.

And despite clear warning signs, die-hard fans often unconsciously want to ignore them. “Everyone wants to be the exception to the rule; people can talk themselves into anything, especially when it’s something they care deeply about,” said Bluestone.

While verified celebrities like Ben Affleck and Matthew Perry are contacting fans on dating app Raya, the scam expert says you should always be on your toes: “There is the technology to make a fake Ben Affleck video,” she said. “Unless you’re seeing it face-to-face with your own eyes, there should always be a dose of suspicion there.”

The accounts have since reached back out to Godja, and she continues to speak to them every day, hoping they’ll reveal their true identity to her. She’s reported the Facebook and Hangouts account, and some have been taken down, though the catfish keeps creating more.

“I feel bad that they give a bad name to the band,” said Godja, of the scammers.

“I’m really sad. I will never know [Nickelback] personally, but I don’t think these people deserve that.”