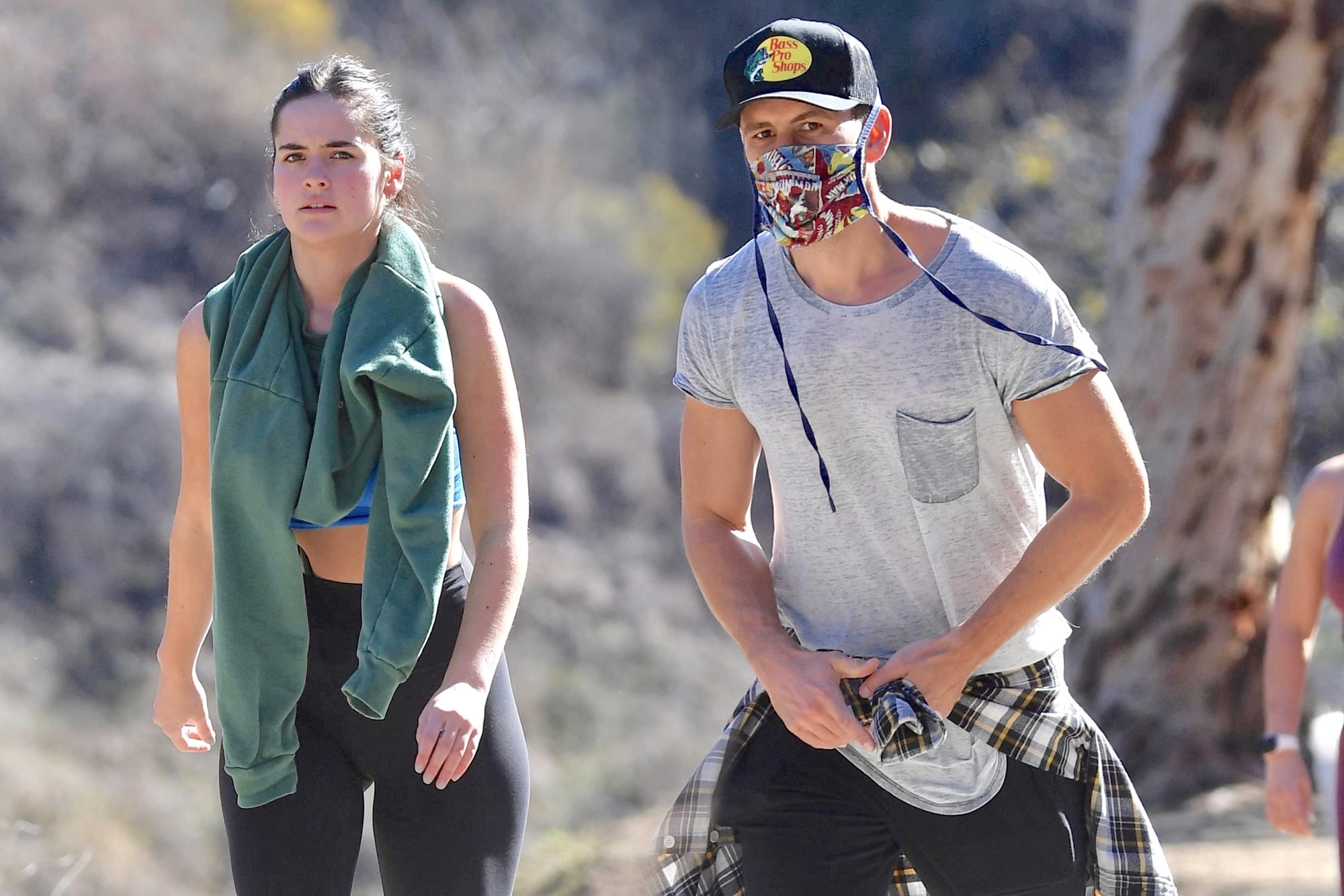 As Los Angeles continues to be a hotspot of coronavirus cases, celebrities continue to take to the hills, literally, to stave off cabin fever.

Natalie Joy ditched her mask as they hiked up, while Nick Viall kept his on.DIGGZY / SplashNews.com

The pair, who went Instagram-official last week after being snapped gallivanting around Viall’s LA neighborhood, took to Runyon Canyon, just north of Hollywood, over the weekend for a hike.

Viall — who, notably, was wearing a Bass Pro Shops hat — and Joy both shed layers as they made their way up the canyon. Viall, 40, also stayed masked for the duration.

Natalie Joy takes off her hoodie while hiking with Nick Viall.DIGGZY / SplashNews.com

Joy wore a blue sports bra, black leggings and a green hoodie, while Viall opted for a gray T-shirt, black pants and a flannel shirt, which he tied around his waist.

Viall, 40, spent time on “The Bachelorette” in 2014 and again in 2015, before also notching appearances on “Bachelor in Paradise” and “The Bachelor” in 2017, where he got engaged to Vanessa Grimaldi at the end of his season. Viall and Grimaldi, 33, split in the summer of 2017.