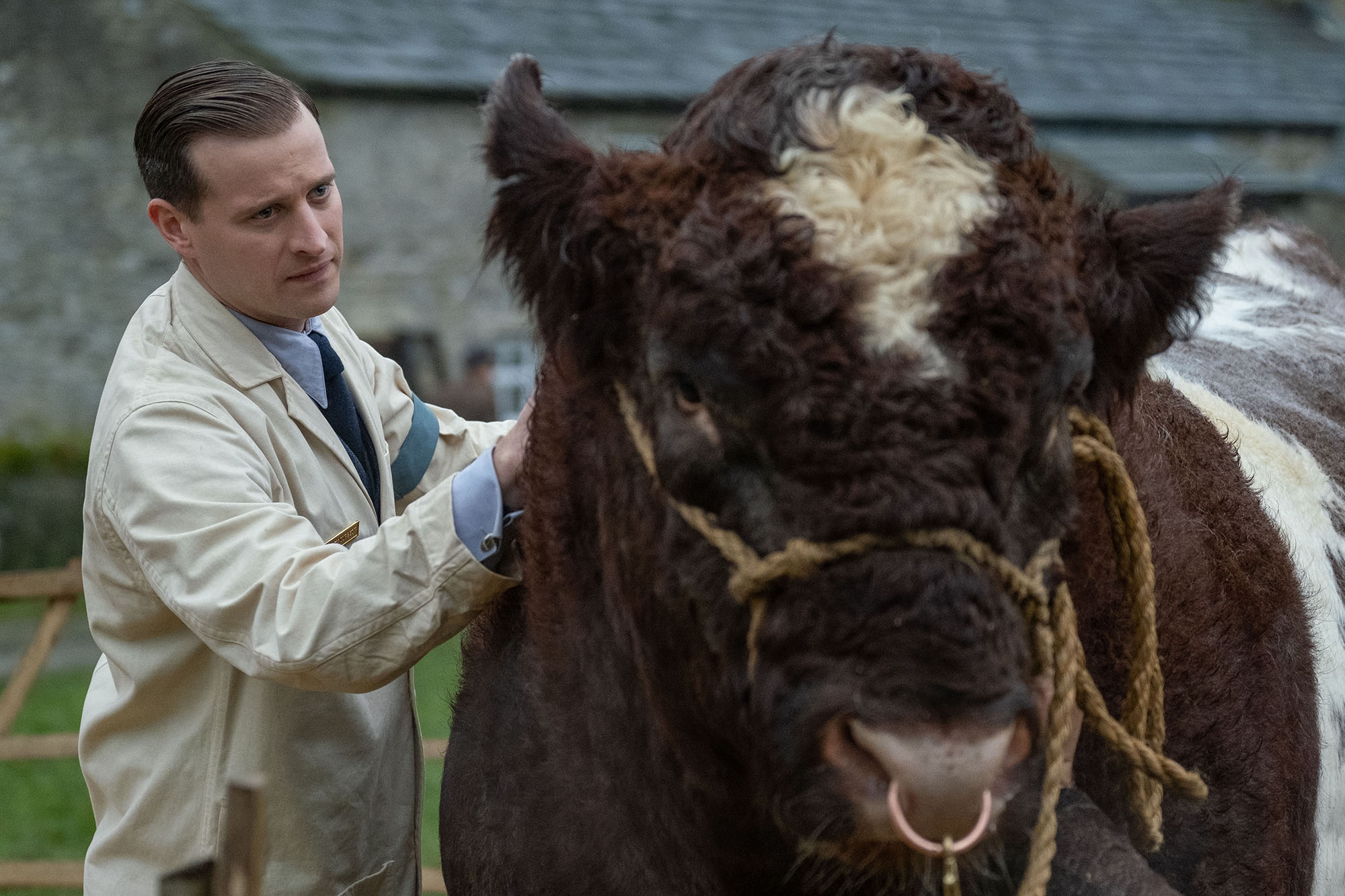 It’s been a paw-sitively good time for newcomer Nicholas Ralph.

The Scottish actor makes his TV debut starring as the famous vet James Herriot in “All Creatures Great and Small.”

A remake of the BBC series from the 1970s and ’80s — and based on James Alfred Wight’s books (under the pen name Herriot) about his adventures as a veterinary surgeon in Yorkshire — the series, airing on PBS (Sundays at 9 p.m.) is set in the 1930s. It follows the young Herriot (Ralph) on his first job assisting Siegfried Farnon (Samuel West), a vet with a practice in the Yorkshire Dales.

Ralph, 31, was no stranger to being around animals even before filming “Creatures,” he tells The Post.

“I did grow up in a small town [in Scotland] called Mairn right next to Loch Ness and Nessie up there,” he says. “And my garden backed up to a big field that was always full with cows and sheep. So I was quite used to being around those bigger animals — which was definitely useful.”

In the series, the Glasweigian Herriot is out of his element in the picturesque English countryside and he must come into his own while encountering a mix of animals (including horses, cows and cats) and colorful characters: Siegfried’s troublemaker younger brother Tristan (Callum Woodhouse); witty farmer’s daughter Helen Alderson (Rachel Shenton); wealthy landowner Hugh Hulton (Matthew Lewis, “Harry Potter”); and local eccentric Mrs. Pumphrey (Diana Rigg, in one of her final roles before her death in September at age 82).

“She just oozed class, still had a wicked sense of humor and didn’t suffer fools,” Ralph says about Rigg. During one scene where Herriot walks down an unusually long hallway towards Mrs. Pumphrey, Ralph remembers that Rigg spoke up, “‘Can we make this entrance a bit shorter; my soul is on the floor!”

The series, which filmed on location around Yorkshire, used a mix of real animals and prosthetics for scenes such as a calf-birthing. But Ralph had one favorite four-legged co-star in particular. “Dame Diana’s little dog, who’s played by the dog actor Derek,” he says. “Which we thought was a funny name for this little ball of fluff. He was a complete scene-stealer. You had to be on your toes when working with little Derek.”

When it aired across the pond in the fall, “All Creatures Great and Small” was a surprise hit — becoming the UK Channel 5’s highest rated show in five years with an audience of 3.3 million viewers.

“When we were making it, we all had a lot of faith in the show and the scripts were so good. We had a ball doing it,” says Ralph, who acted in stage plays such as “Death of a Salesman” in Glasgow before landing his role on “Creatures.”

The PBS show is a remake of the BBC series from the 1970s and ’80s — and based on James Alfred Wight’s books.Playground Television

“So we had a good feeling about it — but also you never know until it goes out how it’s going to be received. It took me a couple of days to get my head around [its success] after the first few episodes aired here. With everything that’s going on, it harkens back to a simpler time where the onus is on community and helping one another out.

“And then, along with that, the characters are based on real people,” he says. “I think [viewers] can identify with them. It’s just steeped in a truth that resonates. You have these moments of sheer joy and elation, but also moments of melancholy, because that’s true to life. I think that mix is what’s resonating with [audiences].”

Even so, Ralph — who’s gearing up to start filming Season 2 of “Creatures” in England next month —  is astonished at his luck that his first-ever role has been the lead of a hit show, he says.

“Certainly at this early stage of your career, to be working with the people that I’ve been working with is just incredible,” he says. “I’ve been pinching myself throughout filming. It’s just been an incredible journey and I’m so thankful and fortunate that it’s been well-received. I can’t quite believe it, but I’m loving every minute of it.”

Paris Hilton Reveals She’s Undergoing IVF And Already Thinking Of Names For Twins!
Wendy Williams Exposes Ex-Husband Kevin Hunter For Cheating On Her Even While She Was Pregnant With Their Son!
Comment