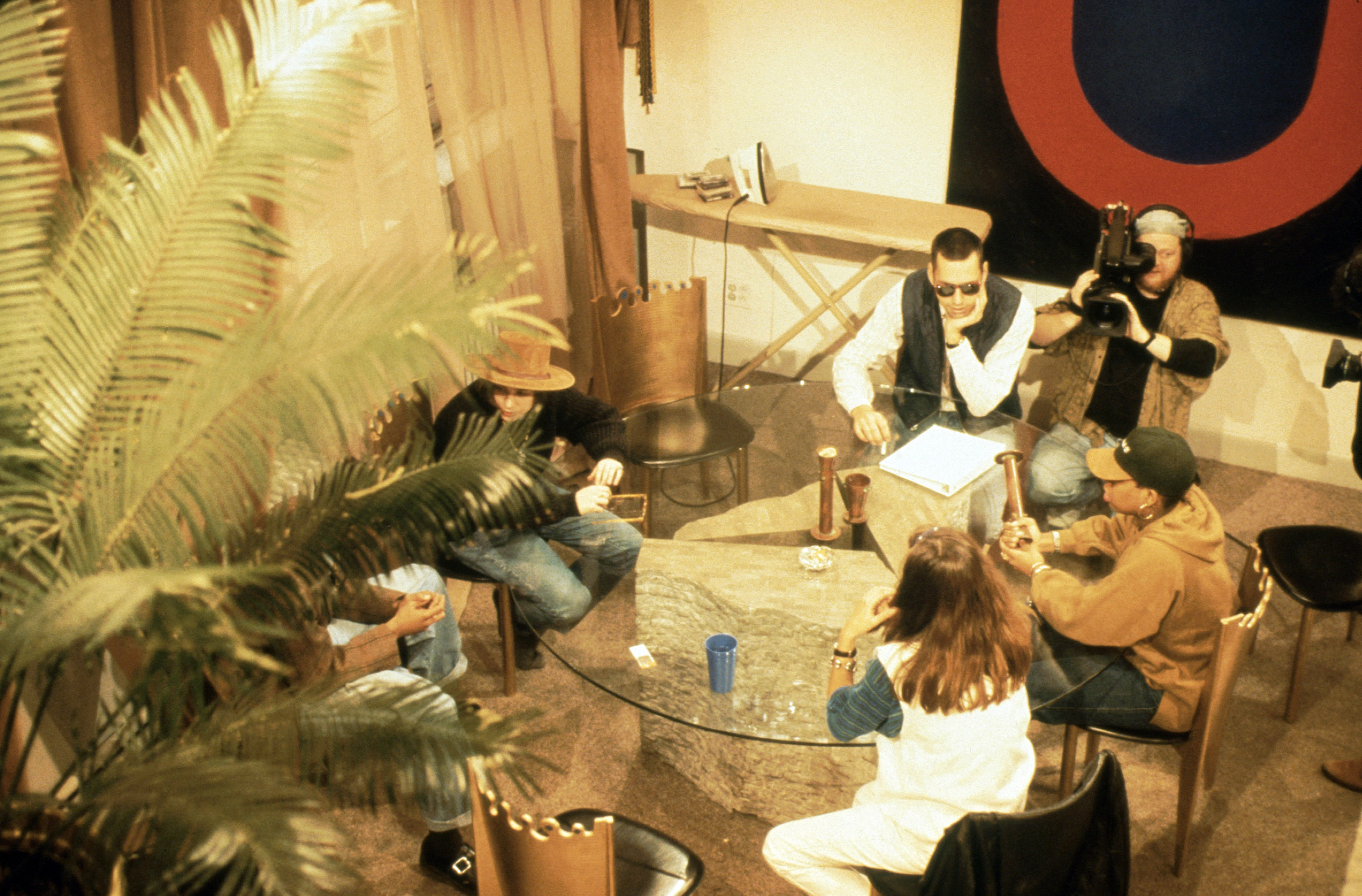 Are we about to find out what happens when seven strangers are picked to live in a New York City loft … again?

The original cast of “The Real World: New York” recently wrapped filming in their original loft at 565 Broadway, a source close to production confirmed to Page Six on Thursday after much speculation.

MTV began dropping hints via Twitter on Thursday that “The Real World: New York” could be returning in the near future.

“The perfect living room doesn’t exist,” one tweet read alongside a photo of the original living space.

Another tweet included the opening credits for the series and read, “Remember when people stopped being polite and started getting real?”

Becky Blasband, Andre Comeau, Heather B. Gardner, Julie Gentry, Norman Korpi, Eric Nies and Kevin Powell all lived in the SoHo loft — owned by artist Edwina Sandys, granddaughter of Sir Winston Churchill — together from February 16, 1992 to May 18, 1992; the show chronicling their time together premiered on May 21, 1992.

The New York Post reported that the extravagant co-op was listed for $7.5 million in 2019 after undergoing extensive renovations. The property is currently under contract with an asking price of $5.5 million, after Sandys slashed its asking price for the second time, per Streeteasy.