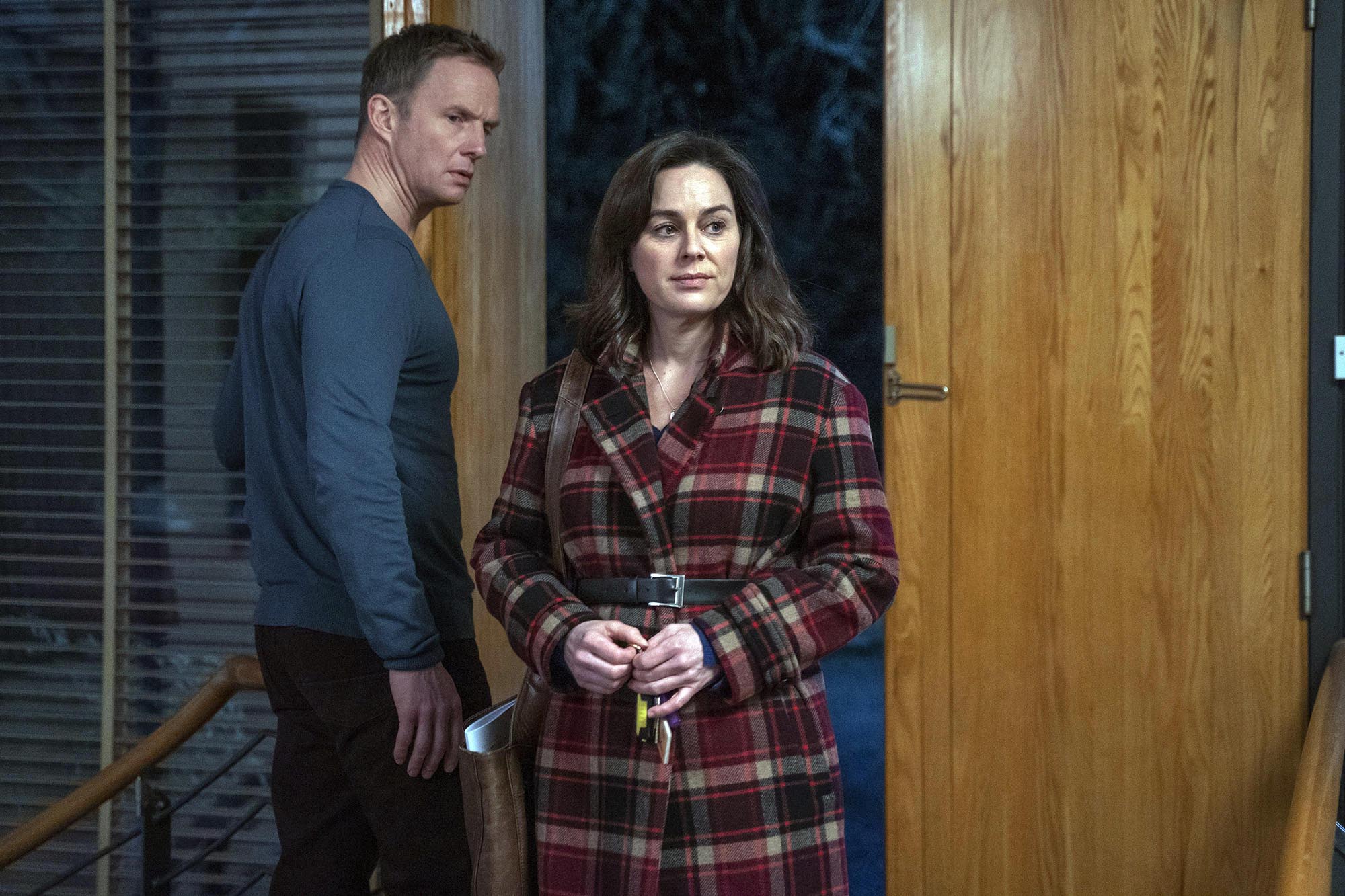 “The Drowning” plays like a Lifetime movie on steroids — and that’s not meant to be derisive.

This four-part British thriller, which set viewership records on Channel 5 in the UK, arrives Thursday (May 6) — and will premiere simultaneously on sister networks Sundance Now and Acorn TV…so there’s faith it will attract eyeballs.

There’s no reason why it shouldn’t; the action is briskly paced and the storyline, about a mother who’s convinced a teenage boy is her presumably dead child, is shaded enough that you’re never quite sure who’s telling the truth here — or who’s got ulterior motives.

Jill Halfpenny stars as Jodie Walsh, who’s still grieving the loss of her 4-year-old son, Tom. He drowned in a lake nine years before during a family outing (no one was watching him) and Jodie’s never given up hope that he’s still alive. After all, the lake was dredged and his body was never recovered, and there was that mysterious couple sighted just before Tom vanished. Jodie’s kept his room exactly the way it was the day he disappeared.

Sitting in traffic, Jodie spies a group of kids walking to school, including a curly-haired boy holding a guitar case. She follows them (stealthily) and is convinced she’s found Tom; the kid, named Daniel Tanner (, shares the same distinctive facial scar as Tom and he’s musical, just like his parents. Jodie’s ex-husband, Ben (Dara Devaney) isn’t convinced; he’s moved on with his life and with his marriage to Jodie’s ex-best friend, Kate (Deirdre Mullins), with whom he has a daughter. It’s complicated.

Jill Halfpenny and Cody Malko as Jodie Walsh and Daniel Tanner in “The Drowning,” premiering May 6.Bernard Walsh

That sets into motion a quickly unfolding series of events. Jodie befriends both Daniel and his father, Mark (Rupert Penry-Jones), who’s perpetually on edge, never lets Daniel out of his sight and refuses to talk about his late wife, even to Daniel — who starts asking questions his father angrily evades.

The action here is pretty much non-stop, as Jodie, with her obsession with Daniel, is by turns sympathetic and stalker-y as she’s hell-bent on proving that Daniel is, indeed, Tom. But is he? That’s the central question at the core of “The Drowning,” and you’re never quite sure, since it does a nice job of raising doubts about both Jodie and Mark, which remain all the way through to the series finale. There are several subplots along the way, including Jodie’s relationship with her family and secrets and lies involving her co-workers Yasmin and Ade (Jade Anouka, Babs Olusanmokun), but they’re not gratuitous and do connect to the story’s central arc.

Rupert Penry-Jones and Jill Halfpenny as Mark and Jodie in “The Drowning.”Bernard Walsh

“The Drowning,” which was filmed in and around Dublin (subbing for England) averaged upwards of 6 million viewers on Channel 5 when it premiered in February as the most-watched drama in that network’s history, and its four episodes fly by quickly with nary a dull moment.

Check this one out.