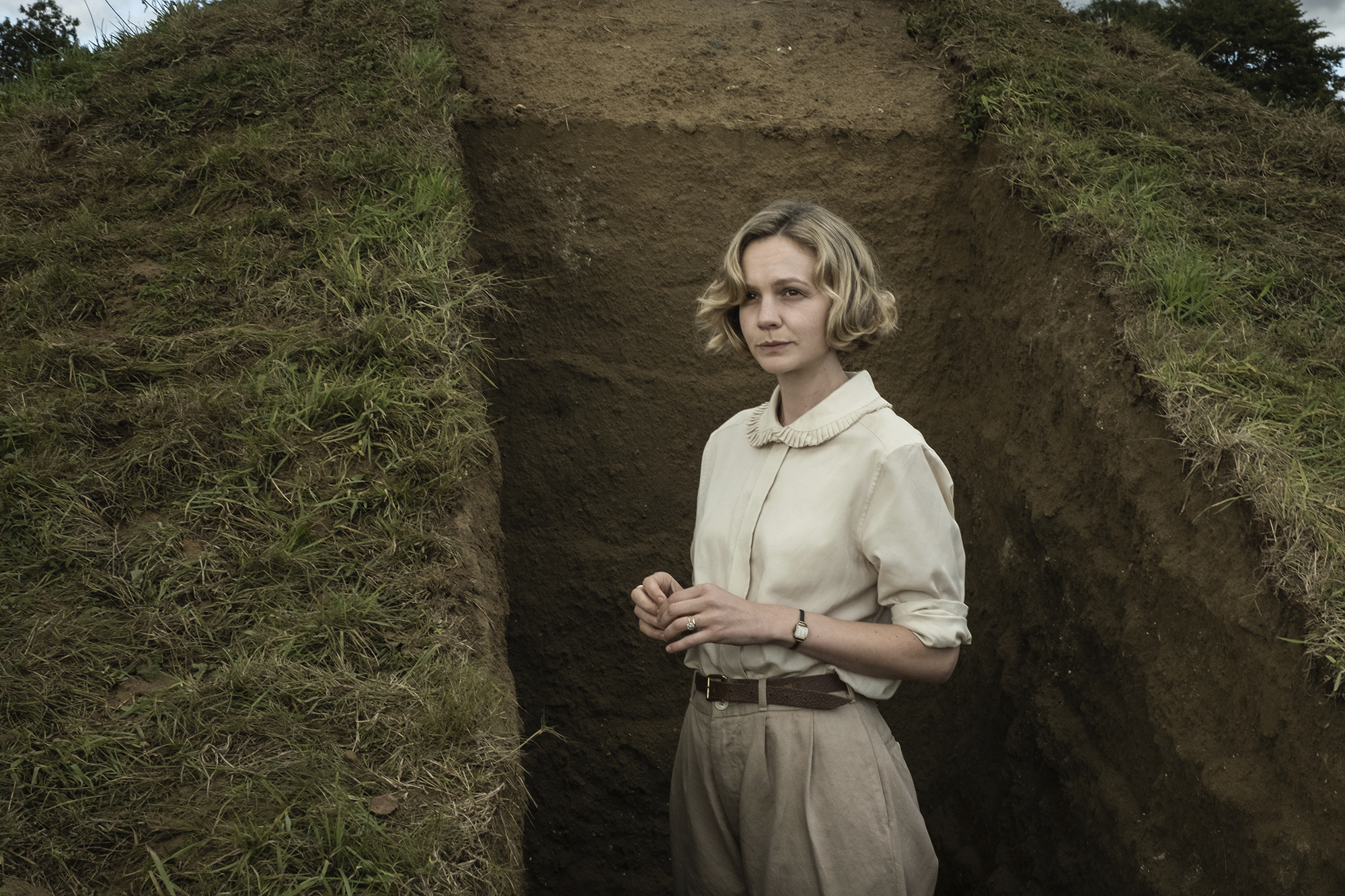 Age is apparently nothing but a number to Netflix.

The streaming giant is under fire for casting 35-year-old Carey Mulligan to play a 56-year-old character.

The 2021 Golden Globe nominee for “Promising Young Woman” also stars in “The Dig,” based on John Preston’s 2007 novel by the same name. It’s inspired by the true story of the excavation of the Sutton Hoo estate in the late 1930s.

Mulligan portrays Edith Pretty, the real-life landowner of the historic site in England. The more age-appropriate Nicole Kidman, 53, was originally rumored to be in talks for the role — but Mulligan reportedly replaced her at the last moment.

Her rushed casting is sparking a conversation about ageism online, with many fans expressing disappointment that a woman in her 50s wasn’t selected.

Golden Globe nominee Carey Mulligan plays a 56-year-old in “The Dig.” The “Promising Young Woman” star is only 35. AP

“Really enjoyed The Dig! Thought Carey Mulligan was very good, but a bit strange to cast a 35 yo to play a 57 yo,” said @victoria_ess.

“Carey Mulligan is mid-30s, Edith Pretty was mid-50s — was there no actor of the correct age…,” wondered @MrRavoon.

“According to Wikipedia, the woman Carey Mulligan is playing in THE DIG was 56 years old during the events depicted in the movie and the man Ralph Fiennes is playing was five years YOUNGER than her,” tweeted Mashable editor Angie J. Han.

“Carey Mulligan playing Edith Pretty who was OLDER than Ralph Fiennes’ Basil Brown was the other,” agreed @especiallysarah.

Women over the age of 50 are drastically underrepresented in films. Only 1 in 4 flicks pass the “Ageless Test,” according to a 2020 study by Tena in partnership with the Geena Davis Institute on Gender in Media at Mount Saint Mary’s University.

The test requires movies to have at least one female character over 50 who is integral to the central plot and whose removal would have a drastic effect, and is presented in a “humanizing” way and does not perpetuate ageist stereotypes.

Researchers found that none of the most popular films of the prior year starred any women who were 50 or older.