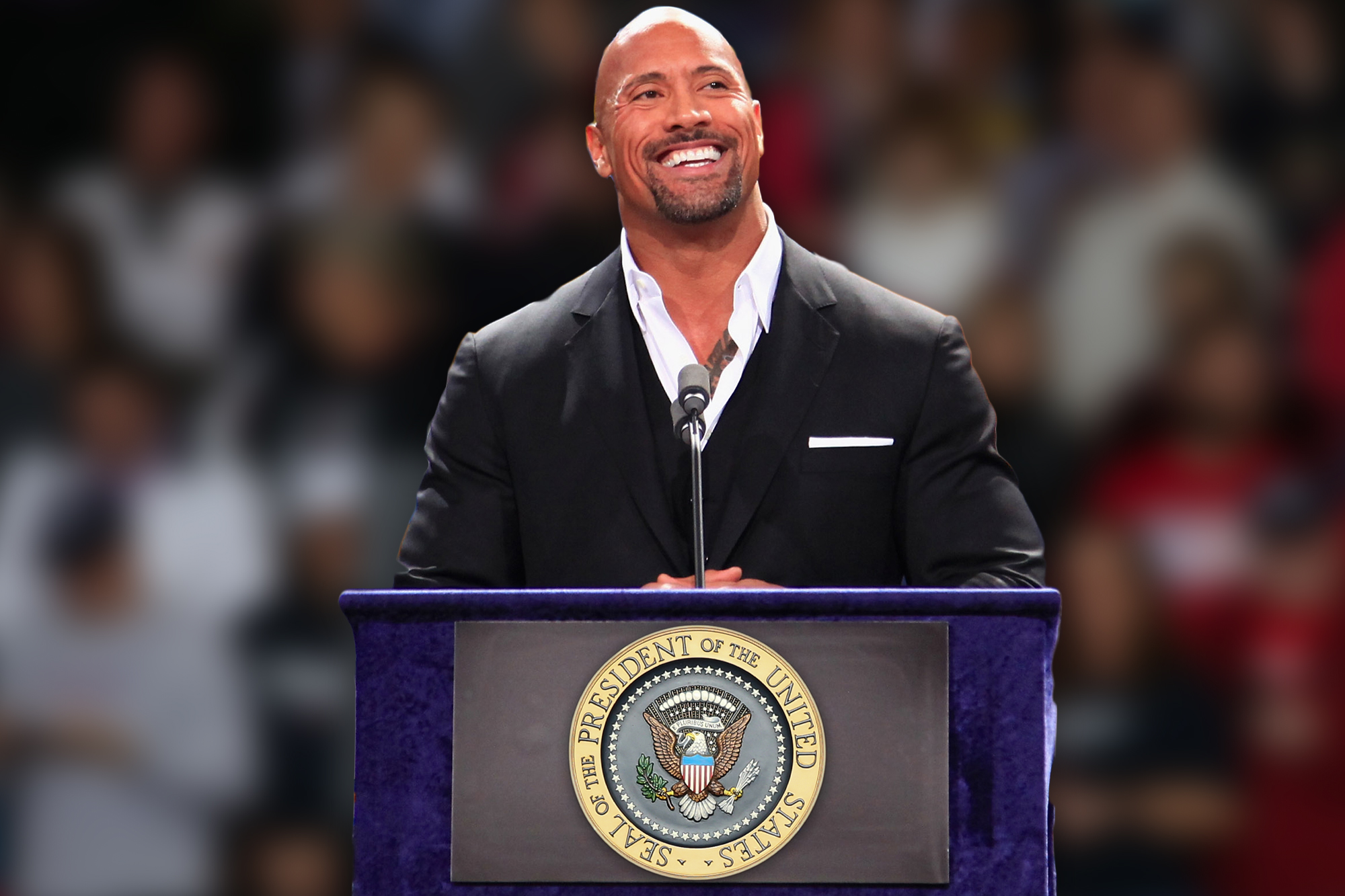 At least 46 percent of Americans want to see Dwayne “The Rock” Johnson run for president, a new poll has found.

More than 30,130 people were surveyed by Piplsay for their take on celebrities — including Johnson and Matthew McConaughey — who may be interested in politics.

Twenty-nine percent said they want to see both McConaughey and Johnson, who are eyeing runs for Texas governor and US president, respectively, run for office.

Another 17 percent said they’d like to see only the retired WWE wrestler in the White House one day.

Johnson, 48, floated the idea of running for president in February, telling USA Today he would “consider a presidential run in the future if that’s what the people wanted.”

But his Washington, DC, dreams date as far back as 2017 when he told GQ that running was “a real possibility.” The next year, he bowed out of a potential 2020 bid saying he wasn’t ready — yet.

The survey found that 45 percent of Americans believe celebrities are “free to do what they want” when it comes to running for office.Getty Images

Meanwhile, McConaughey has also been mulling a bid for Texas governor.

“I have a new chapter for myself, personally in my life. I believe it is in some sort of leadership role,” he recently said. “I don’t know what that role is. I don’t know my category. We’ve been talking about the ‘why’ of leadership and even, I would say, we need some more good leaders.”

More than 30,130 people were surveyed for their take on celebrities who may be interested in politics.Kevin Winter/Getty Images

The survey also found that 45 percent of Americans believe celebrities are “free to do what they want” when it comes to running for office. Thirty-nine percent found that A-listers could make good politicians if they had the right political attitude.

Johnson, 48, floated the idea of running for president in February.©Universal/Courtesy Everett Col

And an overwhelming 81 percent believe public opinion is swayed by celebrity opinions and endorsements.

The online survey was conducted from April 2-4 and garnered responses from 30,138 people aged 18 and older.