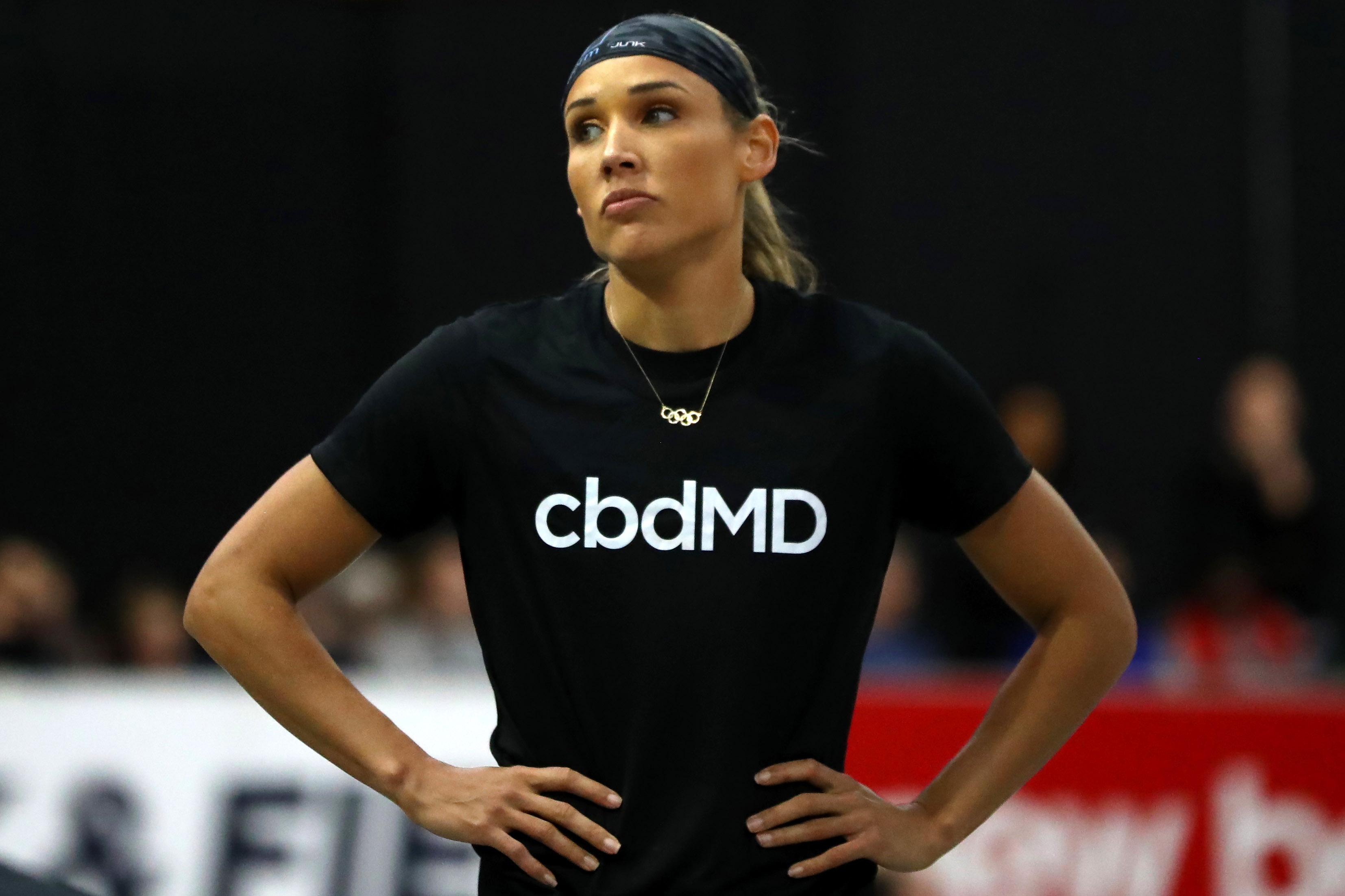 The Olympian went on a long rant against the reality show after she was seen quitting in the competition during Wednesday’s episode.

“mtv the challenge forced me to quit, and that is facts,” Jones wrote on Twitter on Thursday. “I’ve never quit anything in my life. Heck I’m one of the oldest Olympians bc I don’t quit, I was pulled aside before the show and told to make it look like I needed to leave.”

Jones, 38, exited “The Challenge: Double Agents” after having a conversation with the other competitors and saying her good-byes. Jones, who has competed in the Olympics in both track & field and bobsled, said she needed to leave to focus further on training.

And this extra training time was seemingly well spent. Jones won the first bobsledding competition of her career earlier this month at the IBSF Skeleton and Bobsleigh World Championships in Germany.

However, it is safe to say the loyal viewers of “The Challenge” did not take kindly to her quitting the show. And she has thus revealed that reality TV is — gasp! — not entirely real.

“There are so many secrets that are not known to the viewers,” Jones, who has appeared past seasons of the long-running show, wrote. “hope that people remember the challenge is not a real competition it’s a tv show. They Do Not show the full picture but what is entertaining. So before u write hate messages know u are judge and jury w/o full evidence

“The good news is had I not left I would not have made the USA Bobsled Team. I would’ve missed the team cut off by 2 days! If I had not made the team I would not be a World Champion. So in the end God directs our paths. God knows how hard I fought to stay after meetings w producers”

It is unclear why MTV would force Jones to quit and the network has not commented on the accusations.