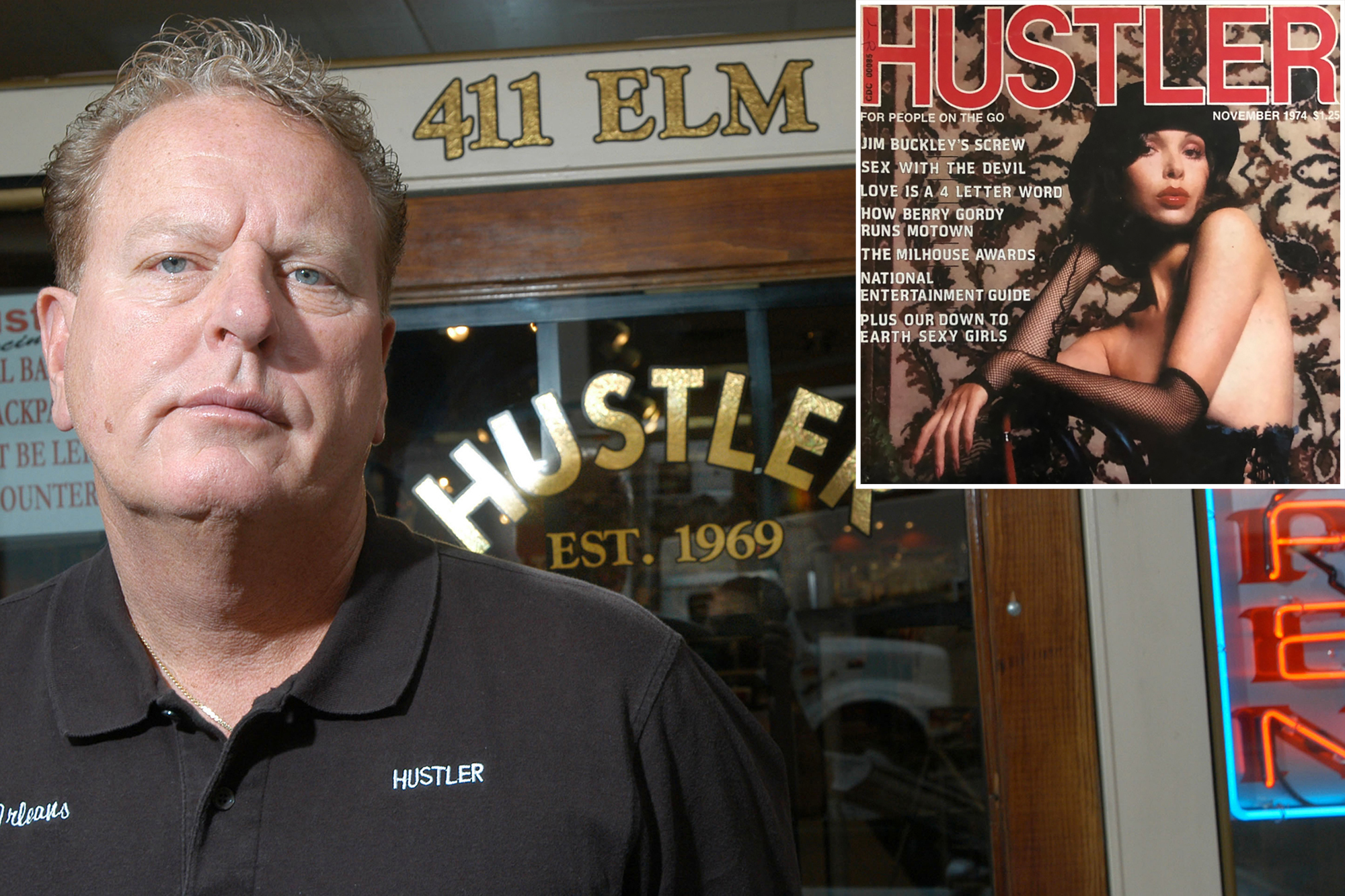 Larry Flynt’s Hustler magazine was loved, loathed and frequently banished. But it was never boring.

The publication, which published its first issue in 1974, stoked outrage while setting new boundaries for bad taste, libidinous images and newsstand embargos helmed by Flynt, who died Wednesday at 78. Trafficking in shock-value and gleefully making enemies everywhere it was sold, Hustler featured photos that it shouldn’t have had and deployed graphics that made people wretch.

Here are Hustler magazine’s most outrageous moments of graphic licentiousness.

The former First Lady became known as the “Billion Dollar Bush” when photos of her sunbathing in the buff got splashed across pages of the August 1975 issue of Hustler magazine.

They were scored by Flynt after the sexy pics ran in a less splashy Italian mag called Playmen. Flynt scooped them up at a cost of $18,000, featured bare-butt Jackie on the cover, made headlines everywhere and, according to “The Good Son: JFK Jr. and the Mother He Loved” by Christopher Anderson, watched the circulation of his one-year-old magazine spike from just a few thousand to more than two million.

Wildest of all, Flynt had Jackie’s second husband, the shipping tycoon Aristotle Onassis, to thank for the racy shots: To teach his seemingly spoiled wife a lesson, sadistic Ari hired photographers to score the images of his uninhibited misses on the Greek island of Scorpios.

Larry Flynt watched the circulation of his one-year-old magazine spike from just a few thousand to more than two million after nude photos of Jacqueline Kennedy Onassis were published.Ron Galella Collection via Getty

Breaking into the Pink Zone

In November 1974, four months after Hustler debuted, the magazine published its first so-called “pink shots” — that is, photographs of women with their legs spread to reveal the insides of their genitalia. The cover of that issue promised “down to earth sexy girls.” Truth in advertising aside, newsstands banned the magazine due to its explicit content but Flynt, clearly in the pink, fought his first amendment fight and won.

The cover of the November 1974 issue, which published the first ever “pink shots,” promised “down to earth sexy girls.”Hustler

Gloria Steinem once did a stint as a Playboy bunny – to roast the culture created by Hugh Hefner – but, according to Deadline, it took Larry Flynt and his Hustler magazine to really raise her ire. She described Flynt as a “violent, sadistic pornographer.”

The sort of thing that put Steinem over the edge was a June 1978 Hustler cover that depicted a woman’s legs and lower torso stuffed into a meat grinder with chop-meat coming out the other end. Flynt added insult to injury with a tasteless coverline that read, “We will no longer hang women up like pieces of meat.”

A June 1978 Hustler cover depicted a woman’s legs and lower torso stuffed into a meat grinder.Hustler

Thirty-four years later, in the fall of 2012, at a concert in Antwerp, Belgium, Lady Gaga took Flynt’s cheekiness to the next level: Wearing her infamous meat suit, responding to flack she’d gotten for putting on 25 pounds, Gaga climbed into a black leather meat grinder. She announced to the audience, “In 1970, women would no longer be treated like meat. On the cover of Hustler magazine or at the Born This Way Ball, meat is precisely how we treat them.”

Toya Johnson And Yandy Smith Are Doing The Jump Rope Challenge
Vivica A. Fox Invites Kenya Moore On Her Podcast To Discuss Their Beef After The ‘RHOA’ Star Apologizes
Comment