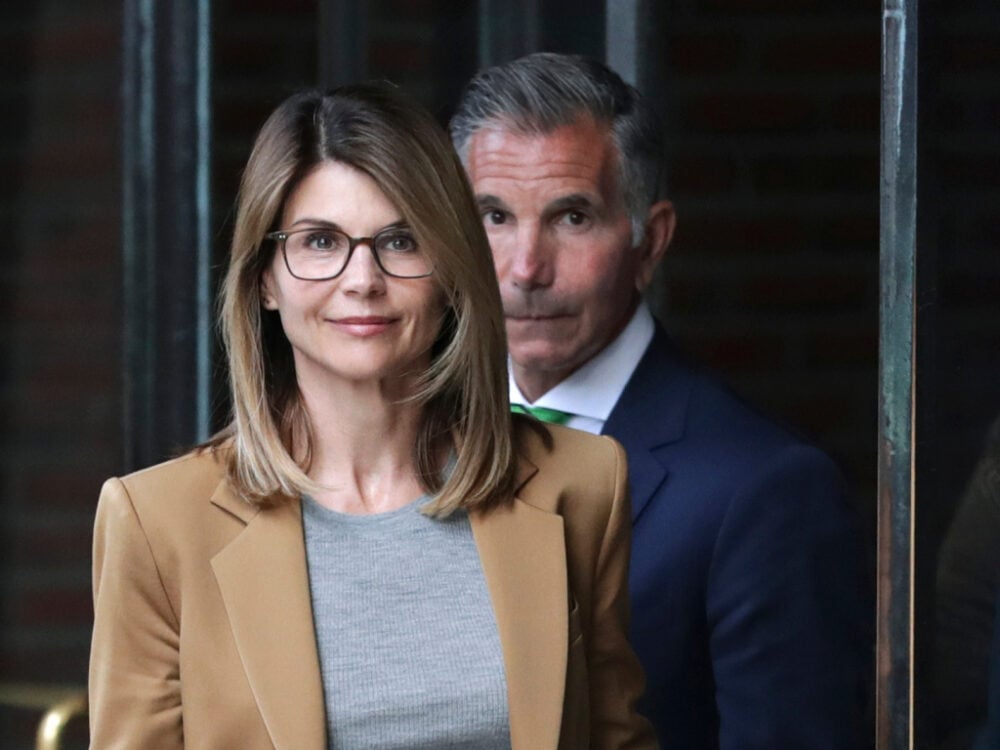 A report from Us Magazine this week revealed that Mossimo Giannulli, the husband of Lori Loughlin, was let out of solitary confinement and back into the minimum security area of the prison in which he had been serving his sentence.
Page Six picked up on the report from the outlet today which revealed Mr. Giannulli’s predicament following his imprisonment late last year amid the coronavirus pandemic. Followers of the case know Mossimo and Lori were fighting the charges in a court of law for the longest time until they finally chose to plead guilty.
As it was previously reported, Mr. Giannulli and Lori tried convincing the judge and jury that they had been tricked into giving a bribe to Rick Singer in exchange for their two daughters to be admitted into the University of Southern California.
The Full House star and the fashion designer even had their daughter, Olivia Jade, wear workout gear and sit on a rowing machine as if she was preparing to row crew. Giannulli and Lori tried having their daughters admitted into the school under the pretense that they had participated in the sport.
https://www.instagram.com/p/CEKvje_Htij/
Regarding Mr. Giannulli’s prison sentence, the actor had to spend some time in solitary confinement after he had been exposed to other coronavirus-positive inmates. Amid his quarantine, Giannulli reportedly began experiencing symptoms, so he had to be subjected to more testing.
According to Us Magazine, while behind bars, Mossimo had the ability to communicate via mail and also other inmates in the same area as him. Giannulli was also given books to read too.
Previously, the actor was trying to get out of jail so he could spend the remainder of his sentence at home amid the pandemic. Many prisoners have tried getting out early under the pretense of being at risk of the coronavirus. However, the fashion designer and his lawyer told a different story of his time in solitary confinement. Mr. Giannulli said the conditions of his period of isolation had been “far more extreme” than what was recommended.
Advertisement

Mossimo and his attorney argued that the time he spent in solitary confinement was very harmful to his psyche. Mossimo was given five months in prison and was also ordered to deliver 250 hours of community service in combination with a $250,000 fine. Loughlin, on the other hand, was only given 2 months in prison and finished her sentence in late December.