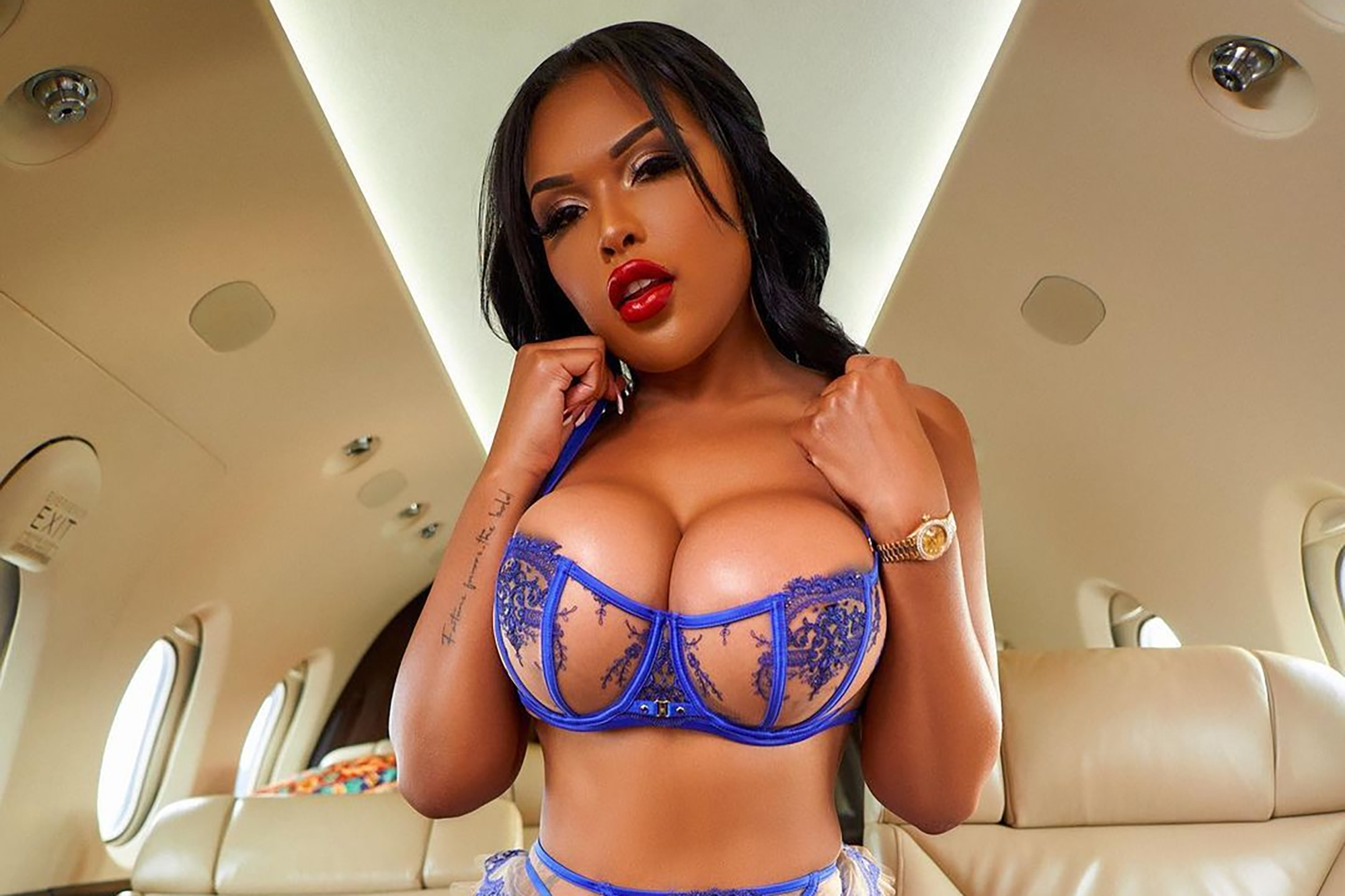 She doesn’t give a flying frock.

Commandeering the cockpit in lacy lingerie and a flirty garter belt, one Playboy playmate is cyber-spanking Southwest Airlines for nearly boob-shaming her off a flight.

Eve J. Marie, 26, decided to showcase her curvy carry-ons to flip off the airline after being “humiliated and embarrassed” by a flight attendant who, back in November, tried booting her off an aircraft for wearing a low-cut top.

“When they threatened to remove me off the plane if I didn’t have a change of clothes, I felt completely humiliated, embarrassed and highly offended,” the sultry social-media stunner told Jam Press following the incident.

At the time, Marie was traveling from Dallas, Texas, to Tulsa, Oklahoma, with her 7-year-old son. She boarded the plane wearing a skin-tight leopard-print jumpsuit with a plunging neckline that accentuated her copious cleavage.

Eve J. Marie claims a Southwest flight attendant told her she had to change out of her low-cut shirt or she’d be removed from her flight in November. Jam Press/@evejmarie

Eve J. Marie claims a Southwest flight attendant told her she had to change out of her low-cut shirt or she’d be removed from her flight in November. Jam Press/@evejmarie

KYIV, Ukraine — The authoritarian leader of Belarus on Thursday…

Ahead of takeoff, Marie claims a Southwest steward said her eye-popping apparel was in violation of the airline’s dress code.

The buxom bombshell had two options: Ditch the sexy ‘fit or hit the nearest exit.

Marie ultimately agreed to cover up her fleshy flotation devices with the flight attendant’s work uniform in order to reach her final destination without any further interruption or awkwardness.

But now, she’s unbuckling her seatbelt and defiantly moving about her very own private aircraft wearing next to nothing in a saucy series of sexy Instagram snaps.

“Sit back, relax, and enjoy this ride,” a scantily clad Marie captioned one of her mile-high hot shots.

“You coming aboard this jet?” she questioned under another photo of herself straddling the aisle of her plane with each knee resting on the arm of a separate chair.

Marie’s sexy flex in the friendly skies caught the eyes, likes and comments of her over 228,000 Insta-frequent flyers.

“Now that’s what a in flight snack should look like. Gorgeous,” one of her followers wrote.

“It’s going to be a bumpy ride,” another fan commented, emphasizing his delight with a series of heart and winking emojis.

Marie’s over 228,000 followers are loving her in-flight Instagram service.Jam Press/@evejmarie