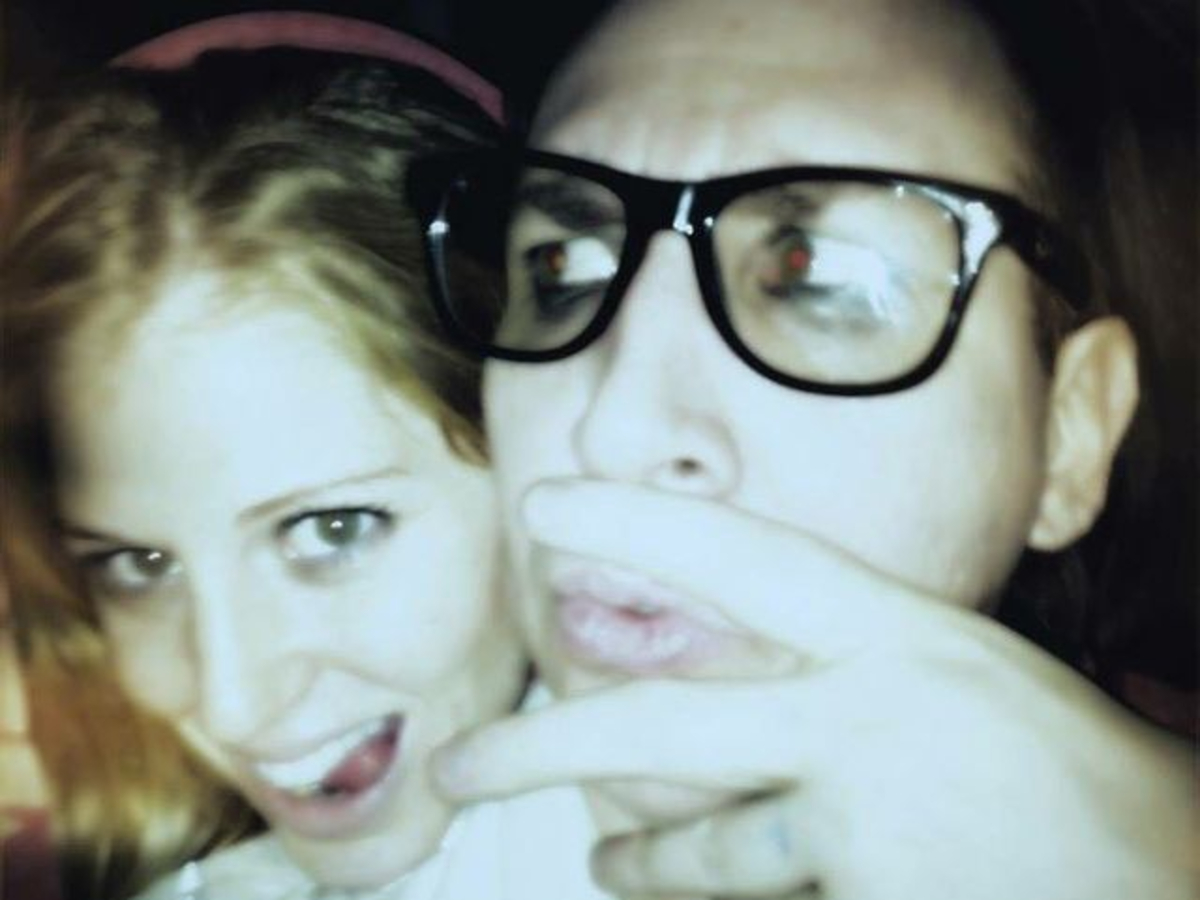 Model Ashley Lindsay Morgan has joined forces with actress Rachel Evan Wood, Ashley Walters, Gabriella, and Sarah McNeilly by choosing on February 1, 2021, to publicly bring allegations against rockstar Marilyn Manson. Each woman shared a statement on their personal Instagram accounts with many sharing each other’s messages in their Instastories accusing the Grammy-nominated artist of physical, sexual, and emotional abuse. At this time, Marilyn Manson hasn’t responded to the recent allegations, but he has categorically denied past allegations of abuse.
Marilyn Manson is currently married to photographer Lindsay Usich and it is believed the couple is celebrating their one-year anniversary this month.
RELATED: Fans Urge Marilyn Manson To Take Care Of His Health After Singer Collapses On Stage
Ashley Lindsay Morgan’s allegations began in a similar vein to many of the other women’s. Ashley stated that back in either 2009 0r 2010, Marilyn Manson approached her. Ashley Walters, who also went forward with her story, stated that Marilyn Manson approached her on social media. According to Morgan, who was working as a model in Thailand, Manson wanted her to do some professional modeling for him. The two struck up an online friendship and after some time, she felt that she could trust him enough to agree to fly out to L.A. to meet him.
Ashley says that Manson lured her in, flew her to Los Angeles, then after her arrival, eventually had her move into his home with him. It was while she was living in his house, that Ashley says his behavior quickly changed and he began to show his dark side.
Like the other statements, Ashley alleged that Marilyn Manson established a controlling environment where she was expected to follow rules and would be punished if she disobeyed. She stated that she would be punished for any behavior that Manson disapproved of. She alleged that she experienced sexual violence, coercion, physical violence, and abuse. It’s unclear if Ashley Lindsay Morgan has filed a police report against Manson.
RELATED: Robin Thicke only Allowed to see His Son in the Presence of a Monitor
She described some of the punishments that she experience and said that he would lock her out of the house with little to no clothing on if she fell asleep. The other women also alleged that Marilyn Manson used sleep deprivation as a form of control.
Ashley stated the following.

He would throw me out of the house in next to no clothing if I fell asleep at 3 a.m. I wasn’t allowed to eat, or sleep, or leave. I was awoken with loud music if I fell asleep. He made me feel like him cutting me, burning me, his fist in my mouth was our thing. There is so much more that happened. I don’t want him to do this to anyone else, and I’ve felt responsible for others getting hurt for so long. .I just thought that it was somehow my fault.

Since Ashley was living in Thailand, she also described Marilyn Manson as being obsessed with Nazi memorabilia and demanded her to bring as many items to him from her travels back to Asia.
You may see Ashley Lindsay Morgan’s full statement where she alleged Marilyn Manson repeatedly abused her below.