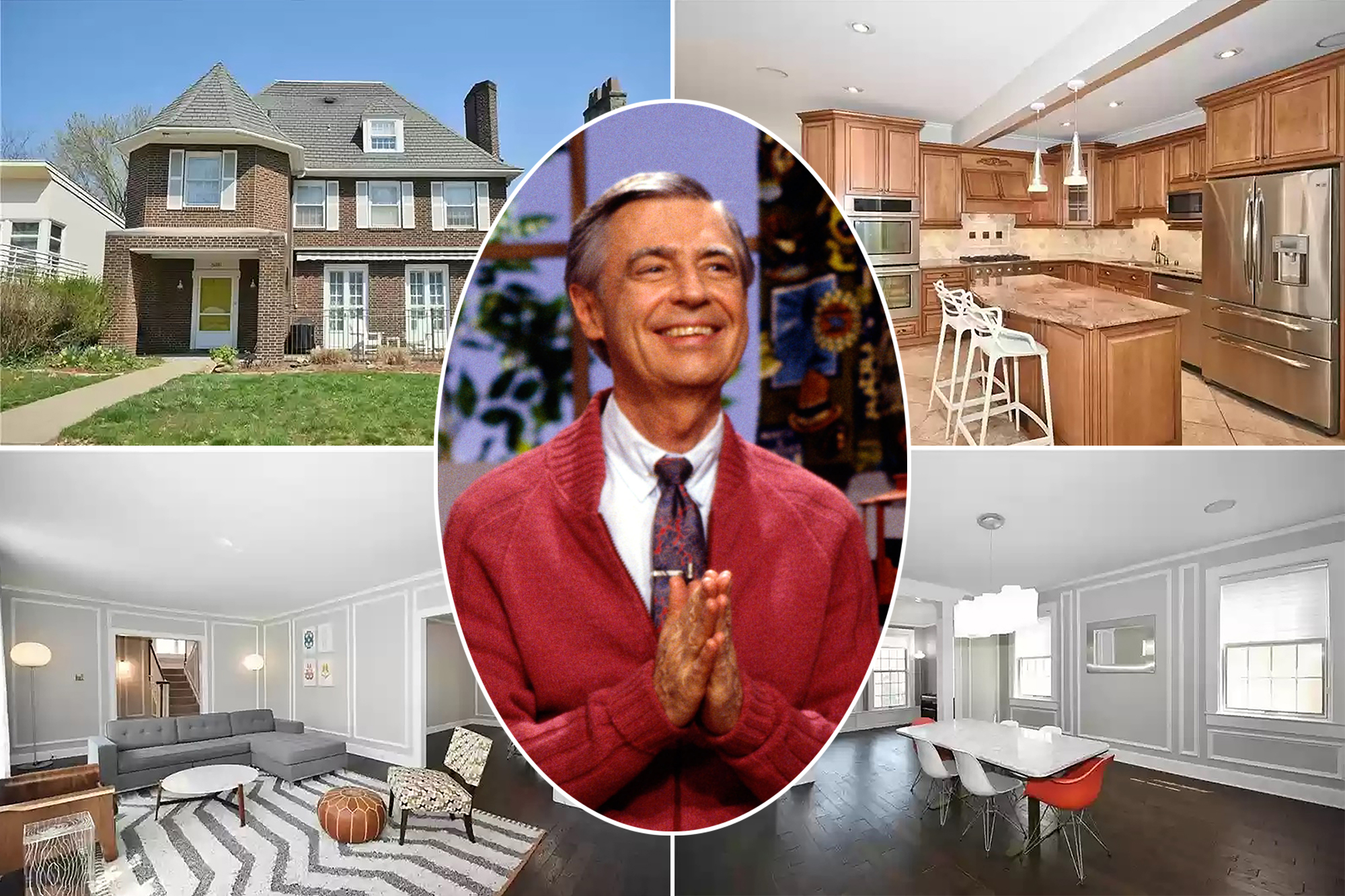 Not only can you be Mister Rogers’ neighbor, you can actually live in his former house in Pittsburgh.

Fred Rogers and his wife, Joanne, lived in the 3,700-square-foot century-old brick home in the late 1950s and early 1960s, according to a 1961 alumni newsletter from Rogers’ undergraduate alma mater, Rollins College.

Rogers attended Pittsburgh Theological Seminary and worked as a composer, organist and puppeteer on “The Children’s Corner” at WQED during the time he lived there, according to local publication Next Pittsburgh, which first reported the listing.

The Post was unable to determine the exact dates of Rogers’ residency, because online real estate records available online do not date back past 1986.

The wholesome home has a large concrete porch with French doors, and in the backyard, a basketball hoop hovers over a driveway leading to a two-car garage, Realtor.com listing photos show.

The front entrance is covered and has a tiled floor leading to the door, which opens into a living room with wall-panel molding and a fireplace. The adjoining dining room opens into a long alcove used as a library, according to the listing.

The kitchen has wood cabinets, stone countertops, exposed ceiling beams and a tile backsplash over the gas stove.

An island provides extra counter space, and the kitchen counter wraps around into a mudroom to create a small office space.

The bedrooms on the second and third floors are accompanied by a gym on the third floor.

The kitchen has wood cabinets, stone countertops, exposed ceiling beams and a tile backsplash over the gas stove.Realtor.com, Melissa Carter at Eleven Photography

Rogers purchased his better-known, 9,000-square-foot home on Beechwood Boulevard later in his career after the “Mister Rogers’ Neighborhood” star returned from a stint in Canadian television, according to Next Pittsburgh.

Rogers died in 2003 and was immortalized for another generation in Tom Hanks’ 2019 movie “A Beautiful Day in the Neighborhood.” His widow Joanne died in January 2021.

Listing broker Linda Corcoran of Coldwell Banker in Squirrel Hill could not be reached for comment.