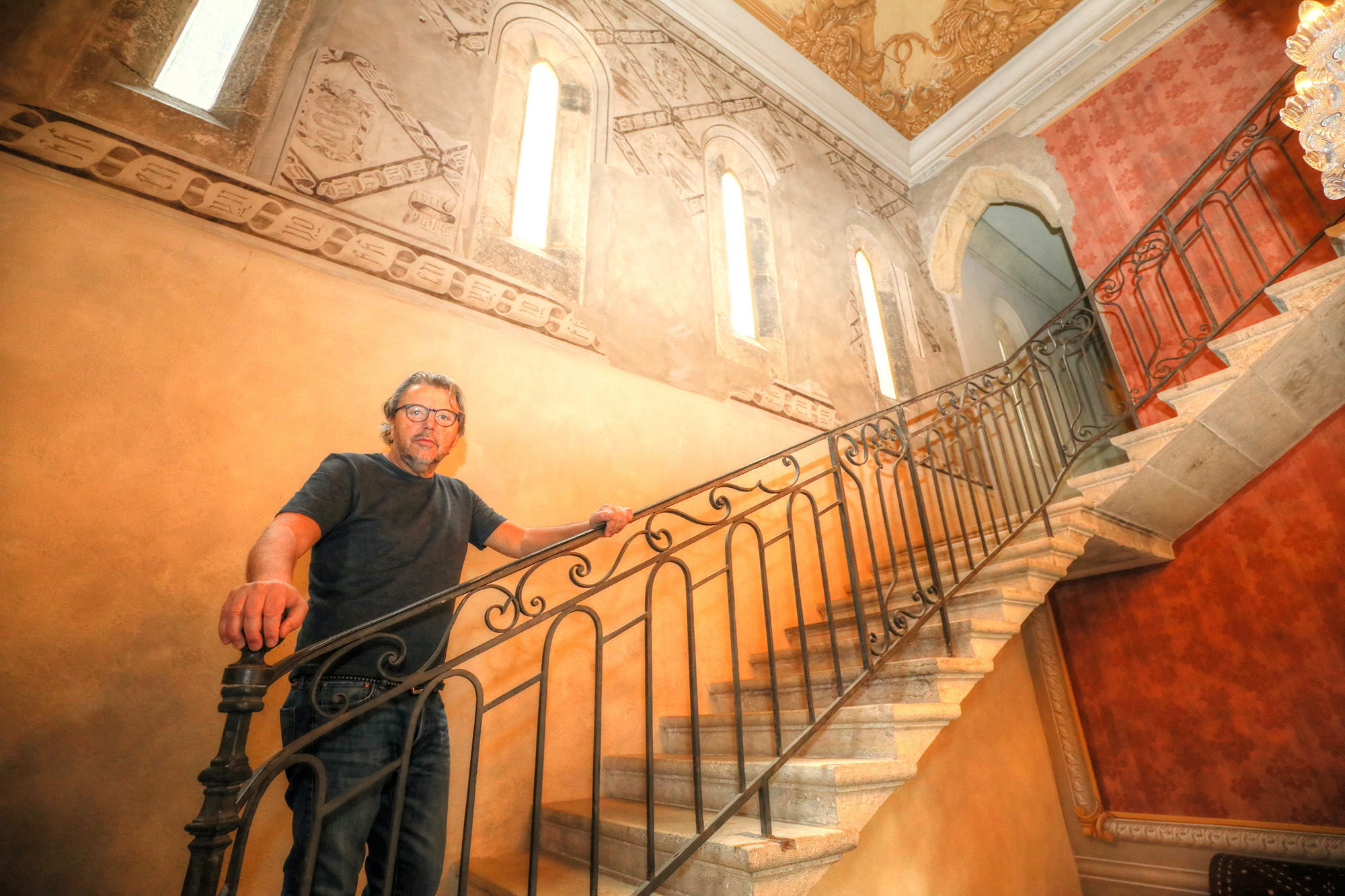 What are they gonna do — make me tear it down?

British developer Patrick Diter has been ordered to demolish his $70 million custom-built mansion in Provence, France, which he seemingly built without the right permits.

Diter spent over a decade fighting for his self-named Chateau Diter, but the highest French appellate court made its final decision in December: The Tuscan palace has to go. Now Diter has only 18 months to make the 32,000-square-foot home completely disappear.

The property near Monaco has two helipads, a salt water swimming pool, a medieval cloister, a bell tower and a greenhouse, plus 17 acres of gardens, vineyards, olive groves and lily ponds, according to a rental listing.

The 18-bedroom house is filled with chandeliers, 15th-century fireplaces and fresco paintings. There is also a reception room, a library, a screening room, lounges, dining rooms, a steam room, a staff kitchen and a cellar with a wine-tasting room, another listing shows.

Over the past 15 years, the house has been a TV set, a wedding venue and a vacation spot, with rates ranging from $300 to more than $1,000 a night. Eight of the 18 bedroom suites have a private garden or terrace, and one apparently has a painted fresco ceiling.

Diter allegedly had a building permit — a verbal one from the mayor’s office. But he reportedly began work on the property before receiving an official paper permit. And the permit supposedly didn’t cover all the major work he did — it only covered a “small extension” of the original 2,000-square-foot farmhouse on the property, according to AirMail.

Also problematic: Diter allegedly paved a 2,000-foot driveway through environmentally protected lands. Now, it inadvertently funnels rainwater to the outskirts of the town, causing flooding, according to AirMail.

But the major sticking point? Loud parties. Diter’s neighbors claim that the noise has made life in their own French chateaus unbearable, and they have been major players in the campaign to have the house torn down.

Diter has not conceded to tearing it down and may escalate the decision to the European Court of Human Rights, according to AirMail.

“That’s ridiculous. Nobody has violated Patrick Diter’s human rights. His rights have been taken into account every step of the way during this legal journey,” a local official said.

Cardi B denies ripping off New Jersey rappers with ‘Up’
Andra Day balked at ‘The United States vs. Billie Holiday’
Comment