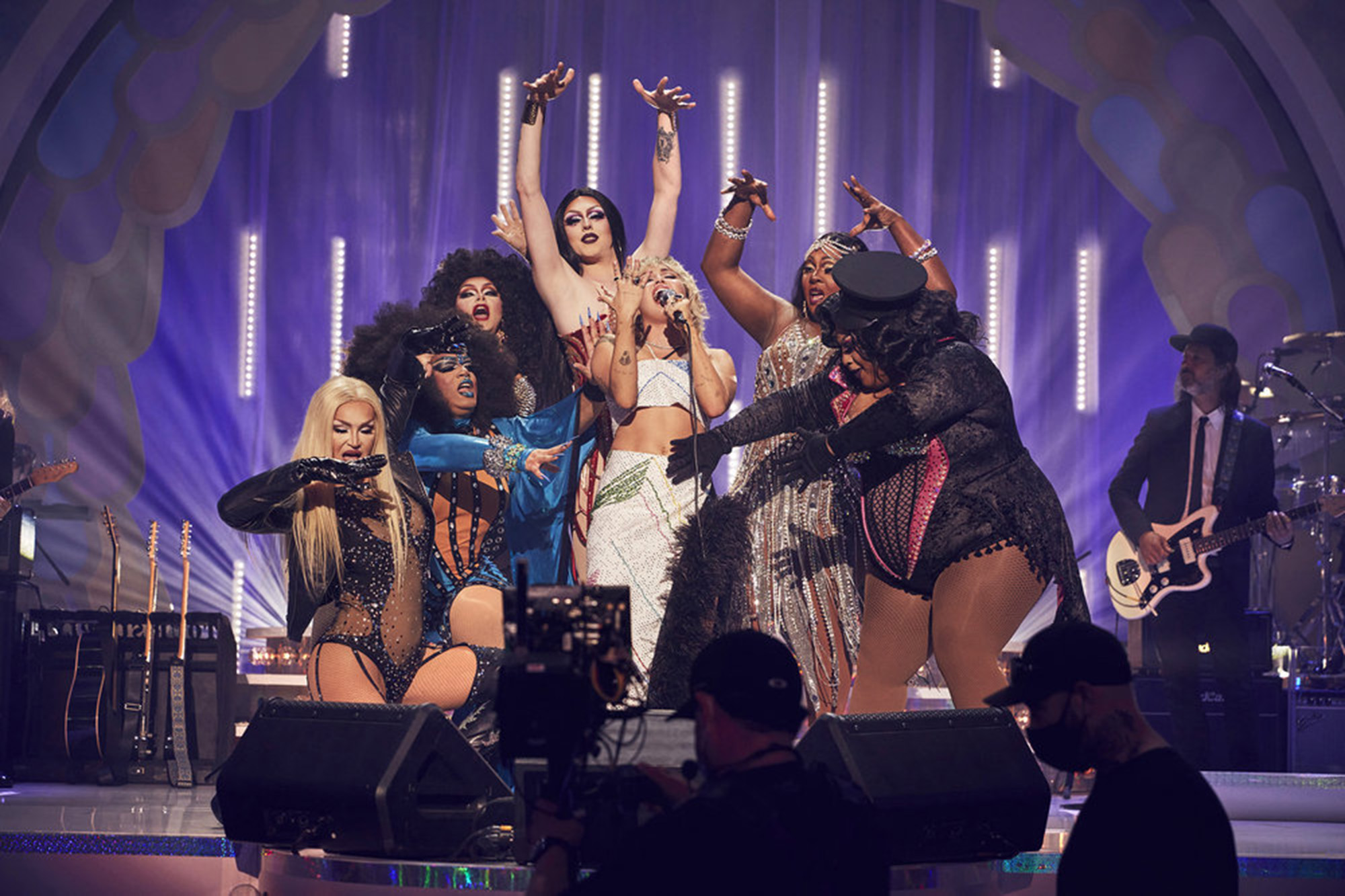 The LGBTQ+ community said “Gimme What I Want” and Miley Cyrus obliged cause she can’t stop, won’t stop supporting her community.

The former Disney star is set to release the “Miley Cyrus Presents Stand By You” Pride concert special on Peacock this Friday, right in time for the final weekend of Pride month.

The 28-year-old announced the news on Instagram, teasing fans of her many costume changes and guests — including Madonna, Maren Morris, Little Big Town, Brothers Osborne, Orville Peck and Mickey Guyton — who will join her on the stage at Nashville’s Ryman Auditorium.

The one-hour special will feature her hits and her “creative spin” on classics “in celebration of Pride,” including renditions of “The Climb,” “Party in the U.S.A.,” “True Colors,” “We Belong” and “Dancing Queen.”

In previews of the performance, Miley and her guests belt out “Believe” by fellow LGBTQ+ icon Cher, who recently joined TikTok to wish everyone a “happy Pride.”

Miley has signed a deal to create three specials with NBCUniversal.Peacock

The pop-turned-rock star described her concert special as a “peaceful protest.”

“There are laws endangering the lgbtq+ community all around the country and even here in my home state,” she explained on Instagram. “We can’t stop and we won’t stop doing everything in our power to create the changes we want to see not just here but AROUND THE WORLD! You’ve gotta start somewhere! So I’ve begun in Nashville.”

Miley has been a vocal and active advocate for the LGBTQ+ community. But her place as an LGBTQ+ icon goes beyond her flashy aesthetic and inspiring music, evident in her work within the community.

The singer started the nonprofit organization to “rally young people to fight injustice facing homeless youth, LGBTQ youth and other vulnerable populations,” according to their mission statement.

Then in 2016, Miley publicly joined the LGBTQ+ community when she came out as pansexual, telling Variety, “My whole life, I didn’t understand my own gender and my own sexuality.”

She said after meeting people who identified as gender neutral at an LGBTQ+ center in Los Angeles, she discovered her identity. “I was like, ‘Oh, that’s why I don’t feel straight and I don’t feel gay,’” she said. “It’s because I’m not.”

The global star often collaborates with members of the LGBTQ+ community, including drag queens in her 2015 VMA performance of “Dooo It!” She also appeared on Season 11 of “RuPaul’s Drag Race” in 2019 and featured RuPaul on her song “Cattitude” that same year.

The “Miley Cyrus Presents Stand By You” special will be the first of three specials that Miley will be doing with NBCUniversal.

Miley will be performing an array of her hits and putting her creative spin on beloved classics and LGBTQ+ anthems. Vijat Mohindra/Peacock