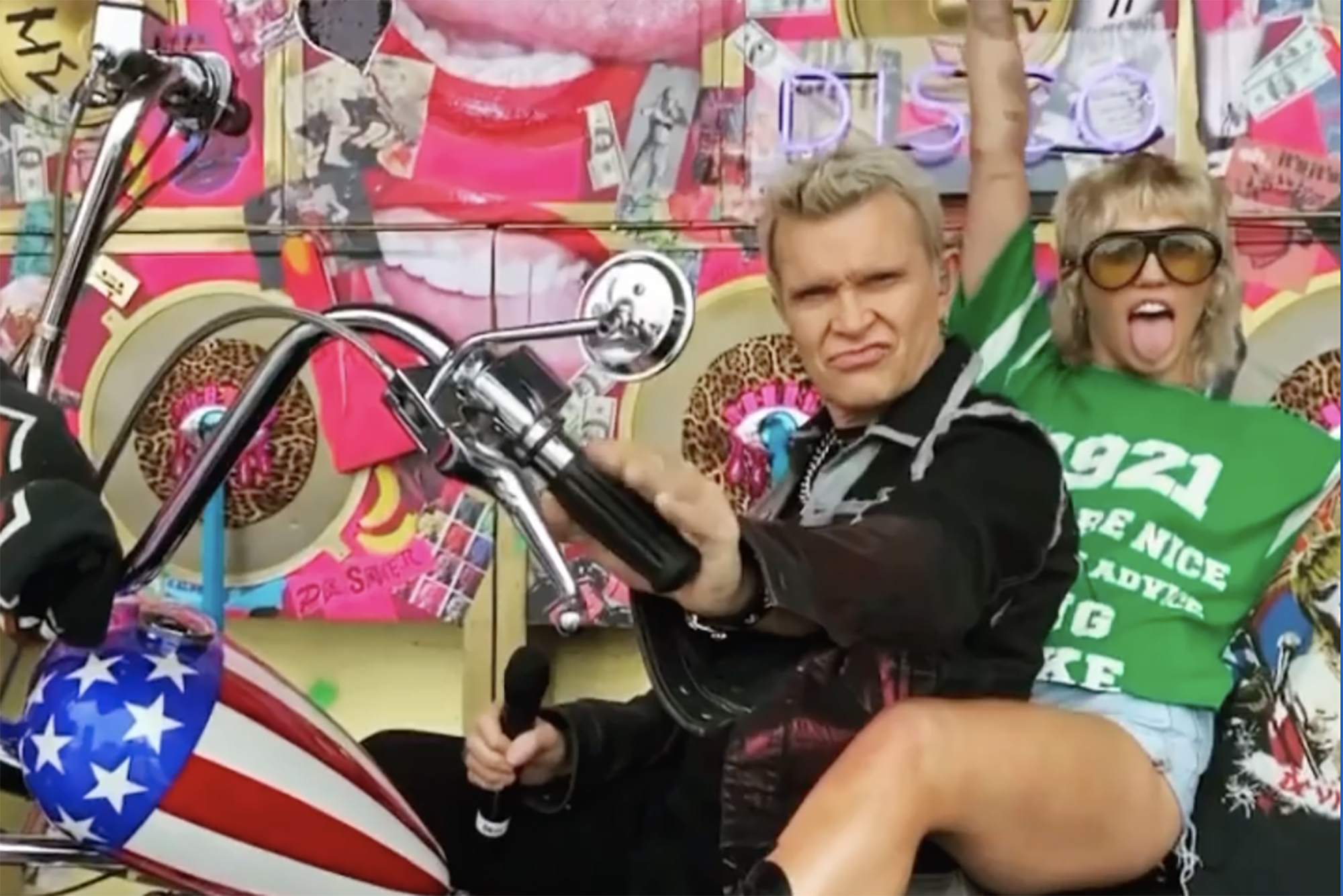 Miley Cyrus cranked out a sultry salute to health-care heroes ahead of Sunday’s Super Bowl 2021.

The “Party in the USA” singer, dressed in a black and pink leather cheerleading uniform was noddin’ her head and movin’ her hips for 7,500 vaccinated frontline workers at the livestreamed TikTok Tailgate pregame party at the Raymond James Stadium in Tampa, Florida.

The fired-up Cyrus, 28, launched into a gyration-filled lineup of her songs, including from her latest album “Plastic Hearts” as the masked invitees in attendance — all warriors of the coronavirus pandemic — bopped along. She was also joined by ’80s rock icon Billy Idol, singing hits including “White Wedding.”

On Thursday, “Wrecking Ball” Cyrus seemingly teased her performance by flaunting her tight, toned bod in a bikini top and briefs — or, perhaps, a cheerleader’s uniform — in a short Instagram clip captioned, “MILEY: FOR THE WIN!” She also flexed her biceps and prepped her pipes in subsequent posts while trotting on a treadmill.

Due to the COVID-19 crisis, the game itself — between the Kansas City Chiefs and the Tampa Bay Buccaneers — is expected to only admit a maximum of 22,000 in-person football fans to the venue, which can normally host up to 75,000.

In addition to Cyrus’ gathering, the New England Patriots recently stepped up and offered 76 vaccinated health-care workers an all-expenses-paid trip to the big game. In April 2020, the philanthropic team sent its branded plane to China to bring back 1.2 million N95 protective masks, at a cost of about $2 million for owner Robert Kraft and his family.