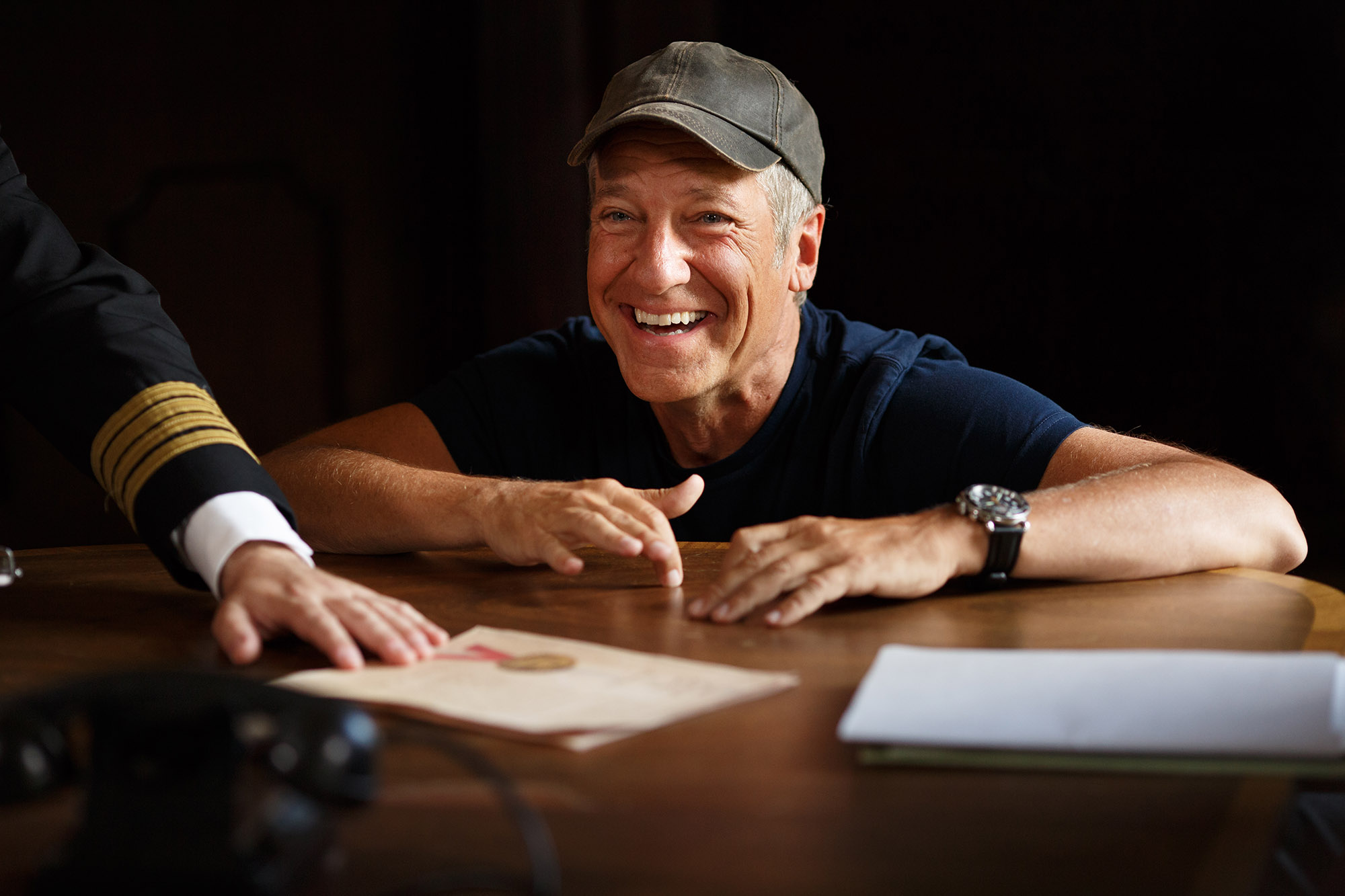 The show takes a fun approach to exploring unexpected (yet logical) historical connections with episode titles such as “Can a Sheep Do Your Taxes?” and “Can a Horseshoe Help You Find the Perfect Soulmate?” Rowe and his sidekick, longtime friend Chuck Klausmeyer, use reenactments, puppets and animation to guide viewers through these seemingly random events.

Rowe, 58, spoke to The Post about “Six Degrees” and his inspirations for the series.

How did this series come about?

I stole this from James Burke, who was a famous English television presenter back in ’70s who hosted a show called “Connections.” It was the granddaddy of all history stylized fiction shows. He would spend an hour — he was like the professor you wish you had, Oxford-educated, white leisure suit, white hair flapping in the breeze — and he would stalk around the English countryside saying, for example, “Tonight, we’re going to explain why the tracks left by the original Roman chariots are the identical dimensions to those tracks left on the moon by the lunar landing.” An hour later you’re still watching. I didn’t want to try and out-Burke James Burke, but I’ve always liked the “Six Degrees of Kevin Bacon” parlor game, so each episode starts with a truly preposterous question like “Can a Mousetrap Cure Your Hangover?” The answer is always yes, but I spend an hour walking through time, on a budget, bringing to life various moments in history that inexorably connect these seemingly disparate points.

I want to do a history show for people who would never watch a history show because my dad was a history teacher. “Dirty Jobs” was a love letter to my grandfather — a man who could build a house without a blueprint — and “Six Degrees” is a love letter to my dad, a guy who taught high school history for 30 years and who drilled into my head that the key isn’t facts, it isn’t information, it’s making people care about things they didn’t know they cared about. I wanted to do a show that my father can look at and go, “Ahh, there he is, doing a history show. Finally, my work is done.” It was really that personal.

When did you film the series?

This whole thing started in the summer of 2019, and it wasn’t [originally] for Discovery. It didn’t have a home. Nobody ordered the show and I found two sponsors who loved the idea of being involved in a series that connected with people. They had some money, and I threw in some money. Then my old buddy Chuck, who I went to high school with and who works for me on the [mikeroweWORKS.org] foundation side and who’s a very talented actor…needed a job. I was like, “Look, man, let’s get some costumes, I’ve got the stories in my head, whaddya say?” In the summer of 2019 we went to Georgia and shot the reenactments and got everything we needed to put six half-hour shows together. My sponsors were happy. I was kind of happy but was bugged by the fact that the more I looked at it the more I was sure it could be an hour and could actually find a place in primetime.

We planned to go back to Georgia in late March [2020] and re-shoot it and turn these into the hourlong episodes they are today. In the midst of that, Discovery called and said, “How about more ‘Dirty Jobs’?” We shot that, and as soon as that was over in June…we got the [“Six Degrees”] crew back together, flew back to Georgia, got the green screens, puppets, reenactors, the whole deal. We shot it at the height of the pandemic.

Imagine being in that exact same spot but what you didn’t [yet] have was an order from a network. What if you had paid personally, with the help of sponsors, for everything you got up until March [2020], and what if the only way to get the money back and to satisfy your sponsors is to figure out a way to shoot this thing at height of a plague — while being reminded constantly by your best friend and [business] partner that you don’t have a place to air this other than your Facebook page? I was the frog in the boiling water. It started out in a such a delightful way…then the next thing you know — holy crap! — we’re underwater, we don’t know what to do. It wasn’t part of the plan. I’m just trying to tell people how a sheep can do their taxes.

JoJo Siwa Comes Out In A Unique Way And Many Show Her Support!
Chuck Schumer Just Made A ‘Bigly’ Gaffe About Donald John Trump
Comment