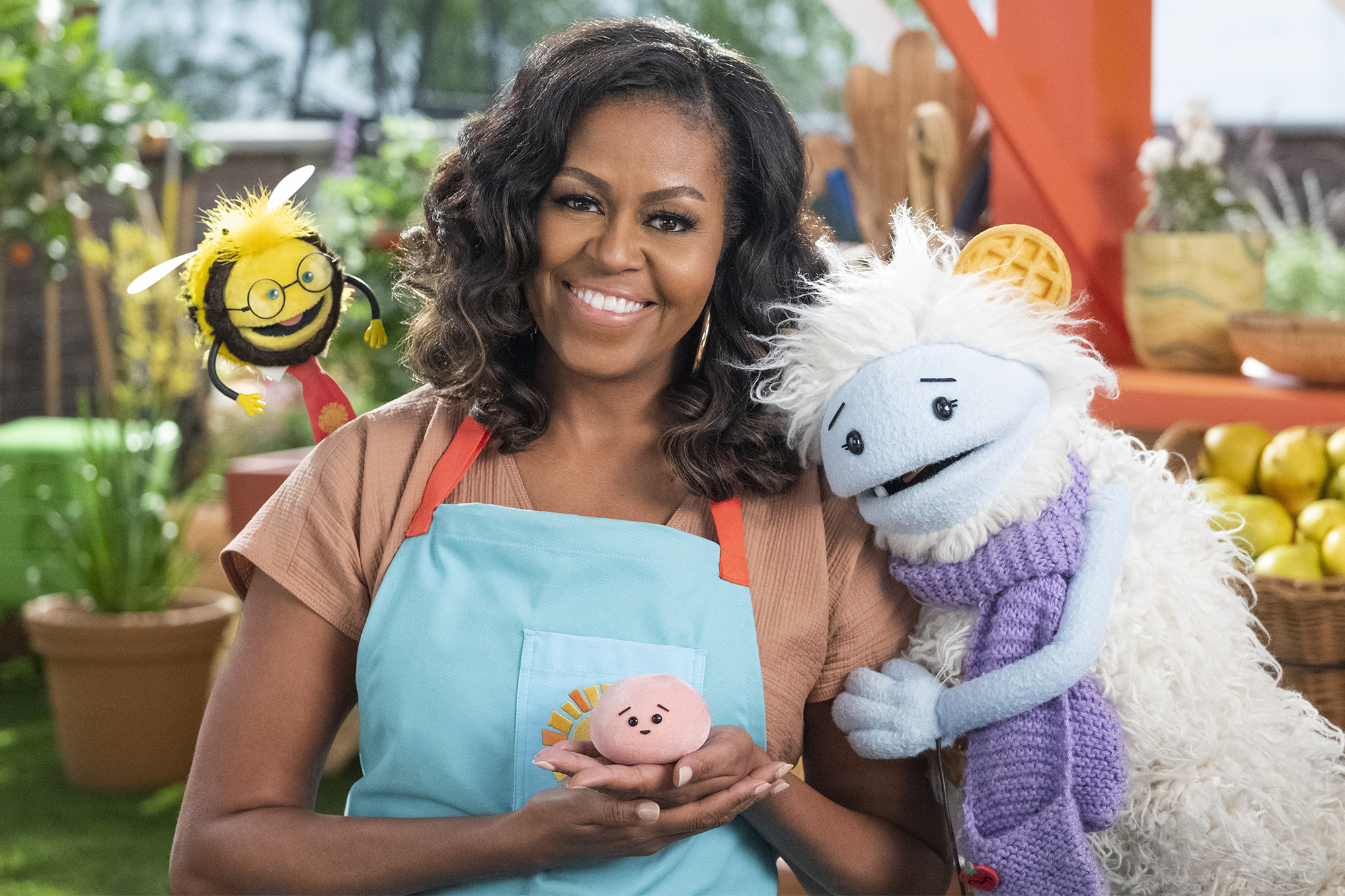 Former first lady Michelle Obama is cooking up a children’s show focused on — you guessed it — healthy eating.

“I’m beyond thrilled to share that on March 16, I’ll be launching a new show on @Netflix Waffles + Mochi!” the 57-year-old mother of two tweeted on Tuesday.

The new Netflix series will follow puppet friends Waffles and Mochi as they leave the Land of Frozen Food and embark on “global ingredient missions” with the help of Obama and a “magical, flying shopping cart,” according to the show’s official synopsis.

Over the course of their culinary pilgrimages, the duo will travel “to kitchens, restaurants, farms and homes all over the world, cooking up recipes with everyday ingredients alongside renowned chefs, home cooks, kids and celebrities.”

The project is part of a multi-year agreement with Netflix that Michelle and her husband, former President Barack Obama, 59, which they signed in 2018.

Michelle described “Waffles + Mochi” as a continuation of her efforts to promote children’s health, which began with her “Let’s Move!” initiative in 2010, Forbes reported. The campaign strove to reduce childhood obesity and foster active lifestyles.

“W+M” isn’t just another hands-off celebrity PSA. The program, which is produced by the Obamas’ own Higher Ground Productions, will reportedly collaborate with Partnership for a Healthier America to deliver fresh ingredients to US families hurt by the coronavirus pandemic.

“I’m excited for families and children everywhere to join us on our adventures as we discover, cook, and eat delicious food from all over the world,” gushed the first lady-turned-lifestyle turned influencer.

Since leaving the White House, the couple has also been busy writing books. Barack penned a book last fall, “A Promised Land” — which quickly became a best-seller — and Michelle released a memoir, “Becoming,” in 2018.

“Waffles + Mochi” will premiere on Netflix on March 16.