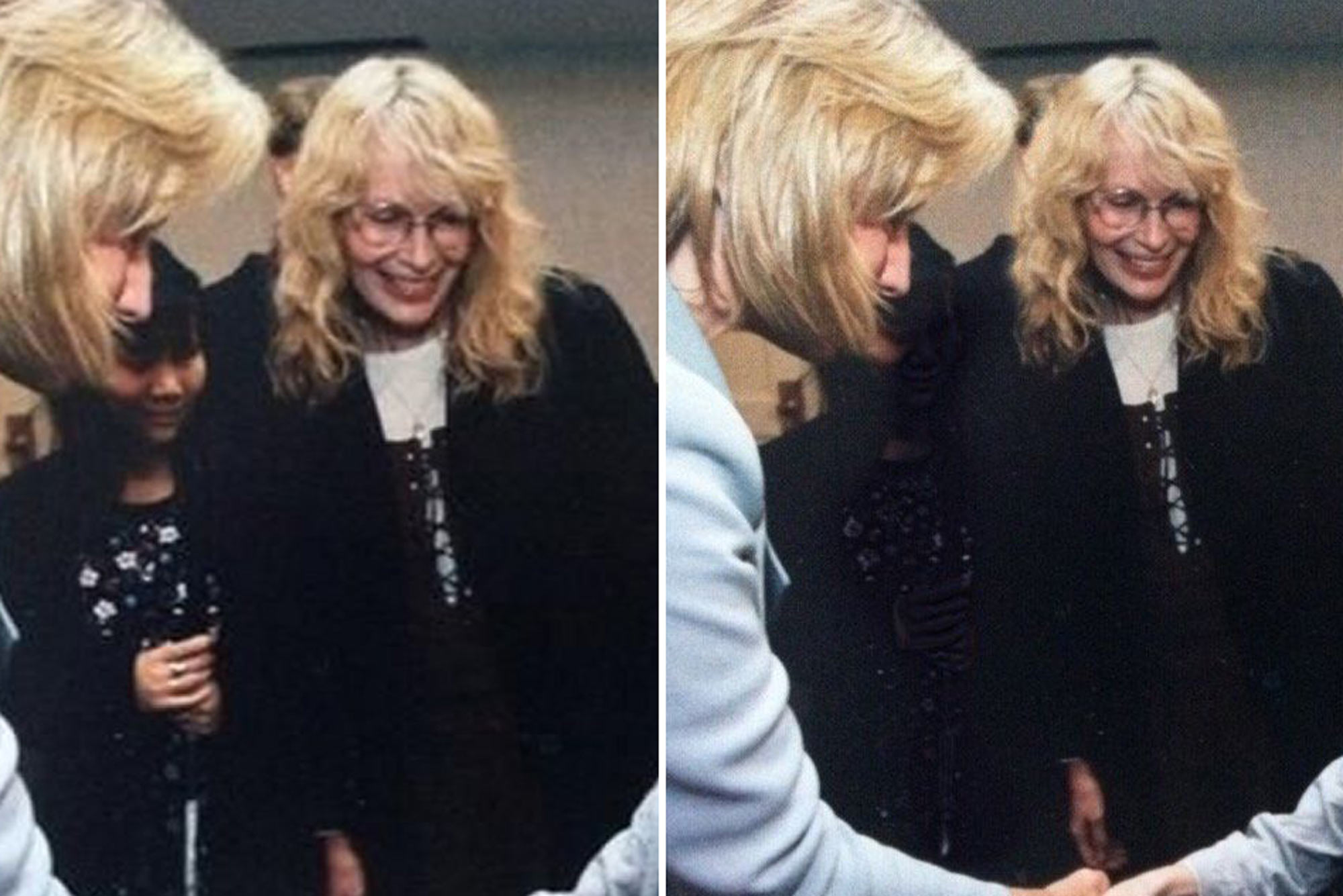 With the searing new HBO documentary “Allen v. Farrow” roiling emotions around the never-ending battle between Woody Allen and Mia Farrow, Page Six is told that an unsettling incident has come to light.

Longtime supporters of Allen say they were “sickened” to learn that one of Farrow’s daughters appears to have been erased from a cherished family photograph.

In 2016, Farrow’s Twitter account posted a “Throwback Thursday” image showing her son Ronan shaking hand with with Hillary Clinton, while daughter Dylan smiles at Clinton and Mia gazes adoringly on in the background. The shot appears to be around 20 years old.

“When Dylan and @RonanFarrow met Hillary Clinton,” the caption reads.

But an Allen backer pointed out to us that Tam, Mia’s disabled Vietnamese daughter who died in 2000, also originally appeared in the shot, and seems to have been digitally removed.

A very close inspection reveals that it’s just about possible to see the outline of Tam’s face and parts of her dress in the edited picture.

At the time of her death, Mia’s spokesperson announced that, “Mia’s daughter died from heart failure over the weekend. She had a weak heart.”

But in his breathtaking 2018 tell-all blog post about his family’s various feuds, allegations and tragedies, her brother Moses wrote: “In fact, Tam struggled with depression for much of her life, a situation exacerbated by my mother refusing to get her help, insisting that Tam was just ‘moody.’ One afternoon in 2000, after one final fight with Mia, which ended with my mother leaving the house, Tam committed suicide by overdosing on pills.”

He added, “My mother would tell others that the drug overdose was accidental, saying that Tam, who was blind, didn’t know which pills she was taking. But Tam had both an ironclad memory and sense of spatial recognition. And, of course, blindness didn’t impair her ability to count.”

After Moses published his piece, Ronan tweeted: “Not worth saying much to dignify the repeated campaign to discredit my sister [Dylan, who has accused Allen of molesting her], often by attacking our mother.”

He added, “This is all I’ll offer: My mother did an extraordinary job raising us, and none of my siblings with whom I’ve spoken ever witnessed anything but love and care from a single mom who went through hell to keep her kids safe.”

A rep for Mia didn’t get back to us, and Ronan declined to comment.

‘RHOSLC’s Jen Shah gushed about her job before arrest for fraud
Madonna’s face, then and now: 18 pictures of Madonna’s changing look
Comment