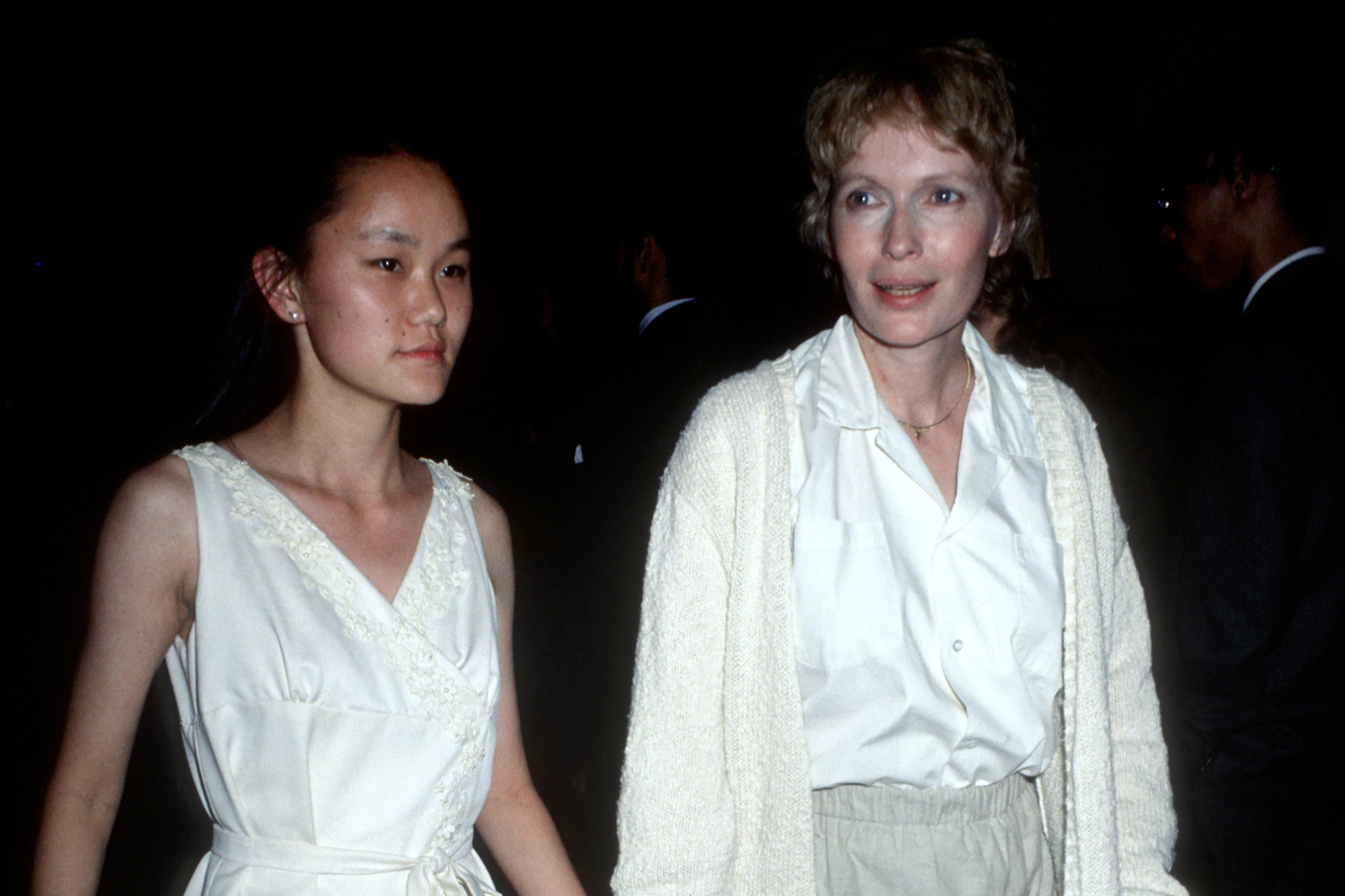 Mia Farrow found out then-boyfriend Woody Allen was involved in a relationship with her adopted daughter, Soon-Yi Previn, after she discovered “pornographic” photos of Previn at Allen’s Manhattan apartment, the actress revealed in a new bombshell docuseries.

“[I] was at his apartment because I wasn’t working that day,” Farrow explained in the new HBO documentary series “Allen v. Farrow,” according to HollywoodLife.com.

“So, I took one of the kids over after we left a coat over there, and there by the side of the phone, to the right of the phone, was his stack of Polaroid pictures, of pornographic pictures of a woman, a girl.

“And I picked them up and I realized all of them were of Soon-Yi. It was my own child,” the “Rosemary’s Baby” actress said.

Farrow said the discovery left her “struggling to breathe.”

“She was in her first year of college and they were all just like… They wouldn’t put them in ‘Playboy.’ They were like, I don’t know, ‘Hustler’ pictures or something. [They] really were raunchy pictures and I, you know, I… I remember struggling to breathe. I remember getting my son, trying to put his coat on, trying to do the buttons,” she recalled.

Mia Farrow and Woody Allen had been dating for over a decade by the time she discovered the photos of Soon-Yi.JACK GUEZ/AFP via Getty Images

“I took the photos and I put them in my pocket and I was leaving and then I just realized that I don’t even think I could push the elevator button. I was just like shaking. And I took my child home and I locked the door,” she said.

Farrow and Allen had been dating for more than a decade by the time she discovered the photos of Previn — the adopted daughter of Farrow’s ex-husband, musician André Previn.

Mia Farrow and Woody Allen are photographed in Paris in 1989.ARNAL/Gamma-Rapho via Getty Images

In the documentary, Farrow, 76, explains how she confronted her daughter about the photos.

Mia Farrow said upon finding the photos of Soon-Yi Previn in Allen’s apartment, she was “struggling to breathe.”Ron Galella Collection via Getty

The actress said Allen then came over to her apartment to discuss the matter, insisting he “lost control” and “made a mistake.”

“And first he said, ‘I’m in love with Soon-Yi. I would marry her.’ And then he said, ‘No, I just said that. It’s something I thought of in the car. I thought it would make it better if I put it that way. No, I love you.’”

Woody Allen and Soon-Yi Previn were married in 1997.ALBERTO PIZZOLI/AFP via Getty Images

“Then it was all that for four hours — ‘I made a mistake, I lost control.’ Blah-blah-blah. I didn’t know what to think. I just needed him to get out,’” she said.

The Academy Award-winning director and his wife released a statement Sunday, shortly after the airing of the first episode of the doc, slamming the sexual abuse allegations against Allen as a “hatchet job” that was “riddled with falsehoods.”