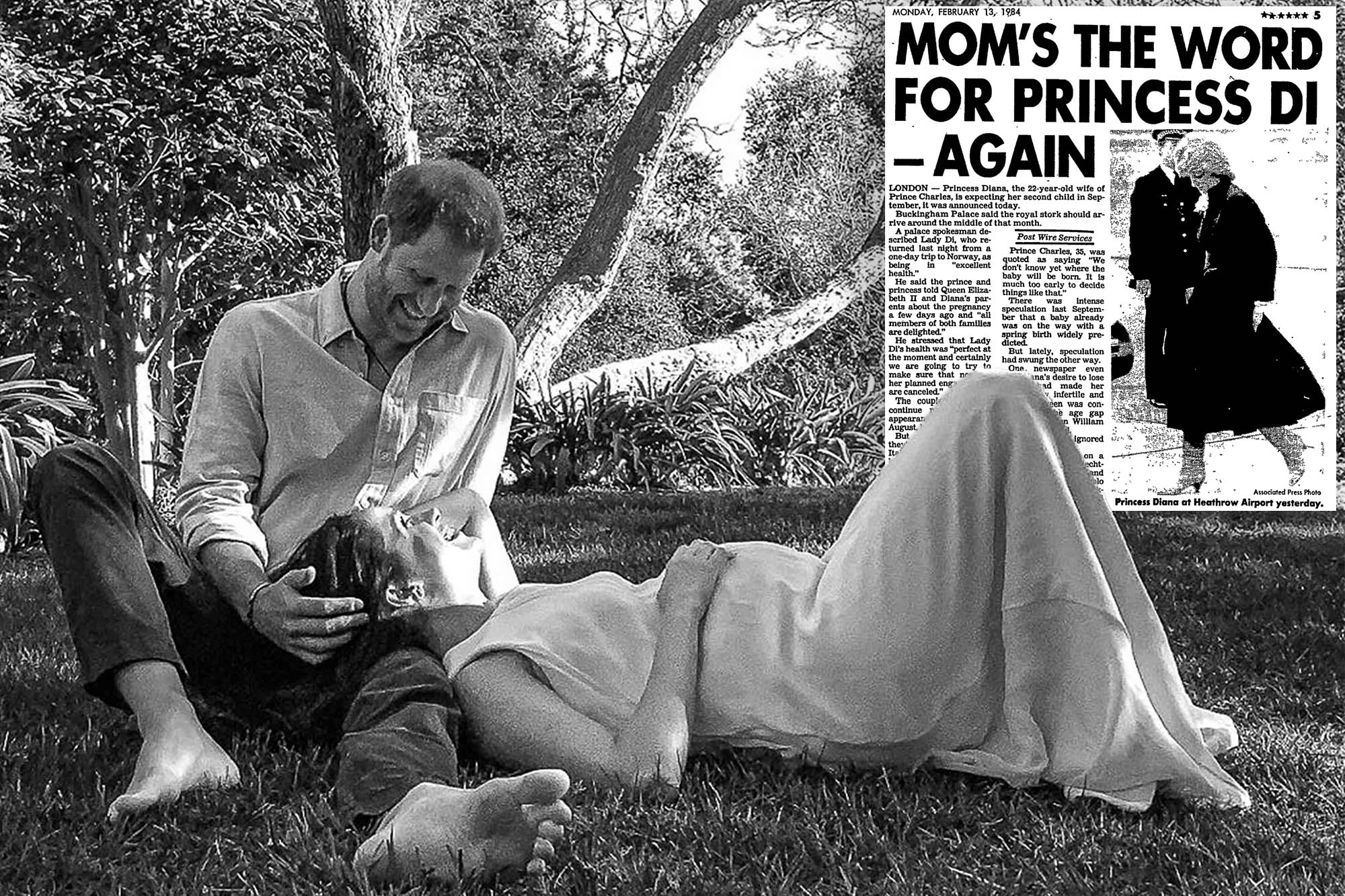 The Duke and Duchess said they were “overjoyed to be expecting their second child” in an announcement on Valentine’s Day — the same day UK papers had Lady Di’s pregnancy splashed across their front pages in 1984.

“Secret behind that smile … a baby!” the Daily Mail front page said, with a photo of a grinning Diana.

The Daily Express similarly said the “smile that says it all.”

“September baby for Princess,” the Telegraph reported at the time, adding that “the Queen says she is delighted.”

Diana’s pregnancy announcement was actually made late the previous day — with the time difference allowing The Post to beat UK papers and run the story on its front page on Feb. 13 that year.

The story from the New York Post about Princess Diana’s second pregnancy.

The Sun, which also celebrated the pregnancy on its front page — albeit saying that Diana wanted a girl — suggested Monday that the Sussexes may have deliberately picked the date as a “secret nod” to Harry’s mom, who died in a car crash in August 1997.

The news comes a few months after Markle talked of her “almost unbearable grief” after suffering a miscarriage in July.